There is only one ranking of the Halloween franchise that matters.

My ranking changes hourly with my moods, but as Jennifer Lopez once said: this is me now. 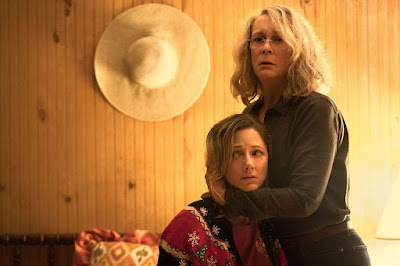 In a franchise that somehow managed to avoid queerness, this is the first Halloween movie that's actively homophobic.  It's not well made, it's weirdly racist and it's blatantly sponsored by the NRA. 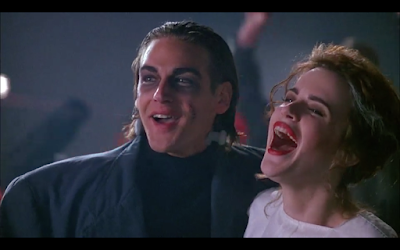 "Fan fiction: noun:  fiction written by a fan of, and featuring characters from, a particular TV series, movie, etc" 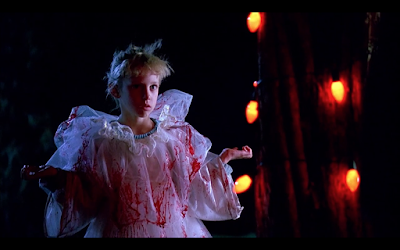 We were in a horror dead-zone in 1995.  This was a year before Scream came out and changed everything with regard to how people perceived and made scary movies. 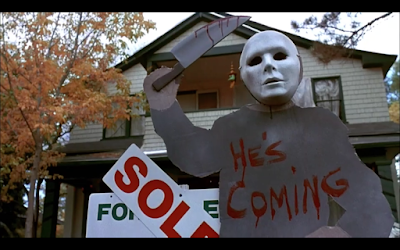 I remember working at the North Shore Music Theatre.  It was my first equity gig and on one lunch break, we all went to a CVS where they had a hanging witch who sang the "H-A-double L- O" song.  That memory of 1995 Halloween is better than this movie about Halloween in 1995. 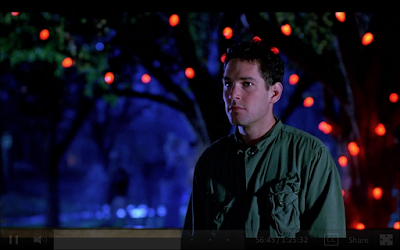 I guess this movie reflects the producers worldview (something that came through even clearer on Resurrection) in that the concern with Halloween sequels was to make things cheap and fast with no regard to the tone or character that made the original Halloween a masterpiece.  This is evidenced by the fact that they kill off Danielle Harris (not even played by Danielle Harris here) in the opening scene after she gives birth to her uncles baby(??).   This movie also doubles down on the "old white men stalking and harassing young children for apparently no reason" motif established by Dr. Loomis in parts 2-6. 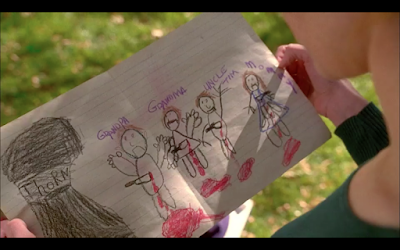 It's not all trash, though.  Halloween 6 is bizarrely well-shot for a movie without a script.  It features Oscar winner, Kim Darby cleaning her house and doing laundry for about six minutes, uninterrupted.  Also it "introduces" Paul Rudd, who hadn't quite figured out how to dress as a shorter man and I respect that - he's never been more vulnerable, even when he's stealing a baby (and then kidnapping a second grader). 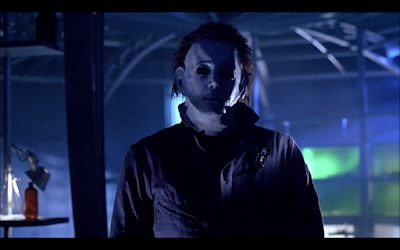 I've mentioned before, the climax of the the theatrical cut (now on AMC.com with all these films) is inexplicably set in one of the abandoned genetic laboratories from Jurassic Park.

I know y'all love this one, but it does nothing for me.  It's just a chase scene in a hospital.  There's no structure beyond that - no emotional arc or sympathetic character.  Meh.  Sure, hospitals are scary - that doesn't make up for relegating our heroine to a bed for the entire movie in one of Michelle Williams leftover wigs from that gay Hugh Jackman musical where he fell in love with Zac Efron. 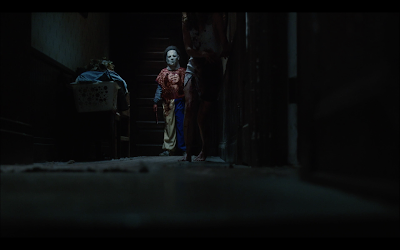 I love Rob Zombie.  I love his aesthetic.  I love his devotion to his wife.  He's beyond hot.  He's a vegan.  Still, this movie feels compromised. 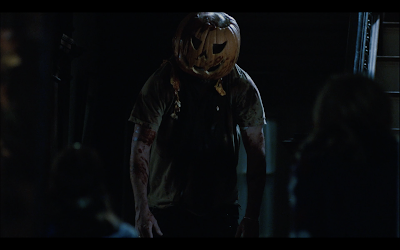 I love the look of this Halloween and the actors and it's a lot better than the new one, but I don't think its math ever adds up with regard to Michael Myers having had a hard life at home and, therefore, turning to homicidal psychosis.  Nature, nurture, toxic white male fragility, yada yada.  In my experience, people who have the most messed up homes often wind up being the most empathetic while the people who have everything handed to them (ie: cis white men) are unable to deal and wind up going on sociopathic tirades if their lattes are prepared wrong.  That's why Mary Harron's American Psycho works so well. 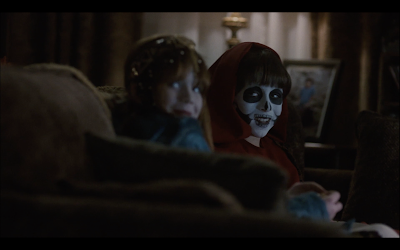 The original Halloween was smart to avoid sympathizing with "the shape" for this reason.  Beyond the fact that it's gross to attribute heroic qualities to a victimizer, once we add too much "this is why he's this way" rationale to the horror franchise, they denigrates. 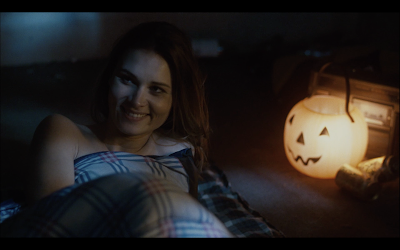 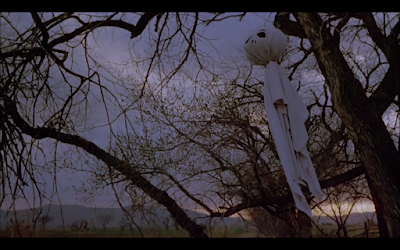 I swear I'm not just being critical because the little girl in this movie was a monster-person to me back when I worked at FEARnet (though she was and is), but this movie isn't good and y'all are playing to think otherwise. 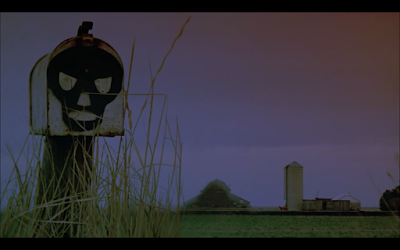 The best part of Halloween 4 is that it captures a very specific October energy from childhood.  Fall in New England was the best and this movie, shot in Utah, captures that fairly well.  It doesn't understand the power of words and feelings in relation to narrative storytelling and it stops to a dead halt once our characters are locked in a house together with Michael Meyers, abandoning half its characters along the way and landing at its climax with a thud. 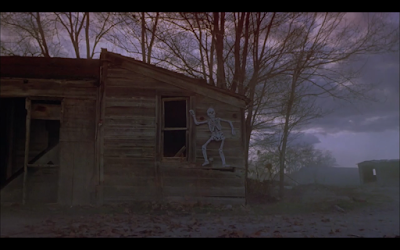 Halloween 4 does have a scene set in a small-town pharmacy that features all the best of my childhood memories - beistles, fake blood makeup kids, the weird middle aged bald guy mask I made momma buy me and would leave hidden in her night stand until one day she finally cut it up into pieces. 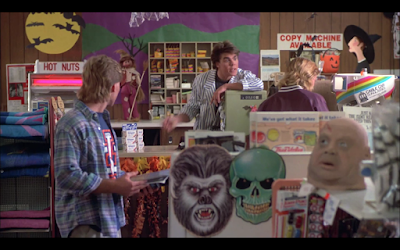 Halloween 4 also has the most scary scene in the entire Halloween franchise.  Picture it:
A teenage girl goes downstairs in the morning. Her mother badgers her to eat a healthy breakfast - eggs, orange juice, it's all been laid out - the mom must have got up at 4am to start such a feast!  The teenage girl rolls her eyes, explaining that she's on a diet and that mom wouldn't want a "porker" for a daughter.  Then... Then - she takes a carton of whole milk, a tub of cream cheese and an un-toasted egg bagel and goes to town.  WHAT?!  What???  Sadistic. 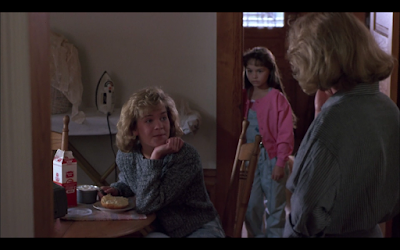 5.
Halloween 3
At its best, this movie is stylish and has a great soundtrack and it's subversive with regard to the futility of the individual versus systems of capitalism. 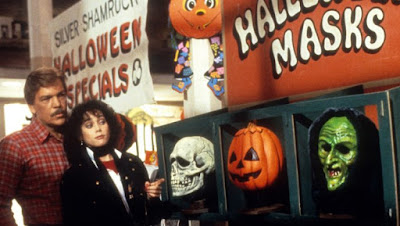 At its worst, this movie presents GOP utopia: a schlubby middle-aged alcoholic with bad skin and anger issues somehow goes on a road trip with a young woman who inexplicably finds him irresistible. I dunno.  I guess sometimes we're attracted to people who are less than ideal because of our own insecurities and our relationships with our emotionally vacant fathers. 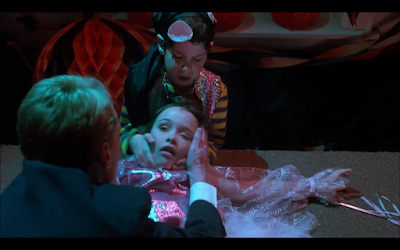 This is the most gay-adjacent entry in the franchise, so I love it.  I like when foreign directors go ham on American iconography - that's Halloween 5.  This movie's the Batman and Robin to Halloween 4's Batman Forever.  It understands that the whole Danielle Harris storyline (Michael Meyers niece who's evil, but then she's not, she's Helen Keller) is stupid and counters it by putting her in the most ludicrous situations imaginable.  She even gets a gay best friend!  Everything is heightened and toney and bros HATE it. 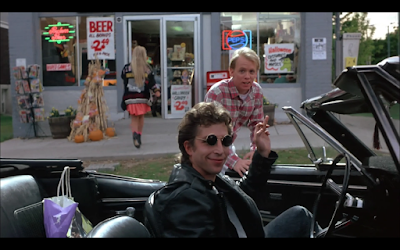 Having been rebuffed in Halloween 4, Ellie Cornell is exploring her sexuality with another woman while trying to mother Danielle Harris.  Like all new lesbians in 1989, she got a perm and a rottweiler, she's all set! 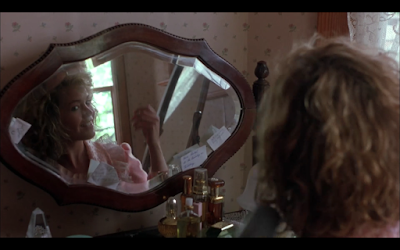 Michael Myers goes swimming and he goes on a date and he drives a car in this one.  It's good. 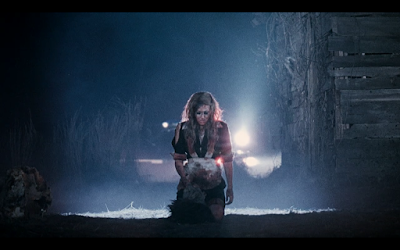 I love this movie and I think Rob Zombie deserves more credit for its considerable accomplishments.  If his first movie was about Michael Myers, this movie is about Laurie (Scout Taylor-Compton, who's real good). 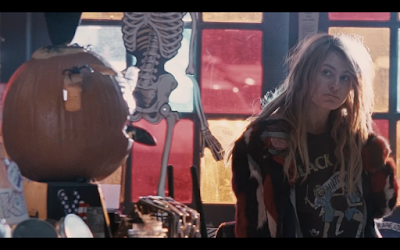 H2 accomplishes what the new Halloween and the OG Halloween 2 couldn't with regard to aftermath.  The movie picks up immediately after the events of Halloween - her in the hospital broken and bloodied, not a wig in sight.  Laurie isn't bionic, she's a girl who didn't ask to be a survivor. 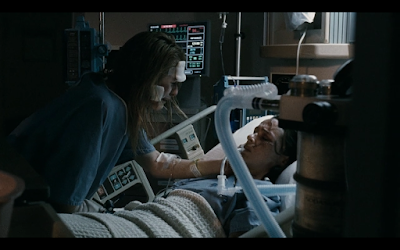 She has to live with the trauma inflicted upon her every day.  How does anyone not let that define them?  This movie tries to dig into that - showing Laurie in therapy and trying in vain to move on until ultimately confronting her aggressor head on.  This is a great example of what horror movies can be in the right, thoughtful, hands. 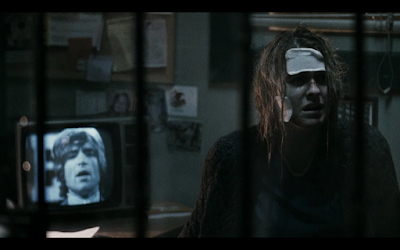 Watch the first 25 minutes and you'll see.  This has the best use of horror movie rain - the best use of the Moody Blues - it's the best film to feature Caroline Williams and academy award winner Octavia Spencer and Margot fucking Kidder and it has the franchise best Halloween costumes. 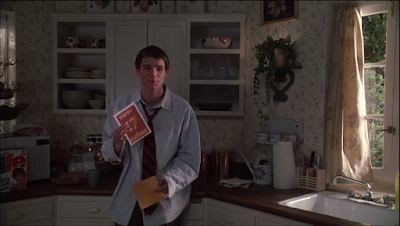 This movie honors Laurie Strode and Jamie Lee.  The newest movie turns Laurie into a hysterical gun nut who's somehow able to teleport to crime scenes and forests with her armory at a moment's notice to scream at people about Michael Myers (like Loomis in the sequels).  H20 (directed by Steve Miner, who made what's arguably the best Friday the 13th movie) respects Laurie's struggles with PTSD and the myriad of ways it impacts her family and personal development.  Also, the kids are great and it's got LL Cool J. 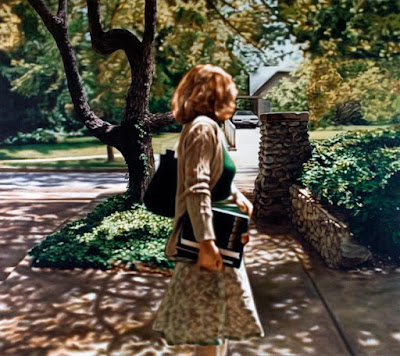 Watching these movies in succession, it's clear that this is a franchise about female trauma.  The first movie was a slasher movie about babysitters that just so happened to have the alchemy of a masterpiece (music, performance and production all came together).  The Halloween sequels deal with the fallout of that one night and the only way forward for this franchise is to have these movies come from women.  It's not up to men to dictate Laurie's story.  Sorry 'bout it. 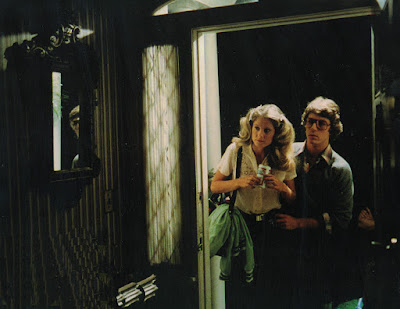