There's something inherently fabulous about watching a woman going through hell and living to tell the tale. For the same reason that we flock to a romantic comedy where fanciful men from Western literature of the eighteenth century court Sandra Bullock, we go to a slasher movie to see ladies who just can't get a break and still coming out on top. It's profoundly cathartic. These are the good girls who are doing it the best they can. They pay their bills, do charity work, call their mothers, and they still can't get a date. 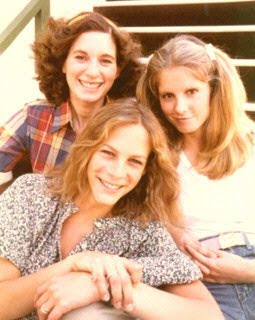 I was all set to serve up a fevered diegesis of Rob Zombie's Halloween 2 (2009).  I saw this gem a couple months ago in that creepy, abandoned Avco movie theatre on Wilshire - you know, the one that hasn't been touched since 1987?  I love it there.  There were only two other people in the entire theatre and I had the time of my life! So immersive was my experience that I really thought Michael Meyers was gonna follow me into the men's room and bash my head against 1980s corporate AMC theatre backsplash. 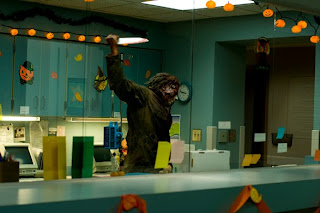 John Carpenter's Halloween (1978) was a perfect movie and, sorry to be a contrarian, Halloween 2 (1981) was not.  Halloween 2 is ass.  Jamie Lee Curtis being chased barefoot through an abandoned hospital for eighty minutes in a dollar store wig.  No one is any different or better off than they were at the start of the picture.  Nothing is gained.  Pass!  I hate bad wigs. 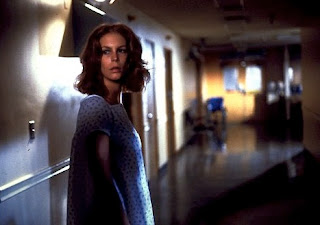 I thought a proper Halloween 2 redux could have erased the leftover stink hovering around Rob Zombie's Halloween (2007) and I could finally have a dvd to sit comfortably on my shelf between Halloween '78 and Halloween 3: Season of the Witch (1982) - something of an alternate universe, arthouse follow-up to the adventures of Jamie Lee and Nancy Loomis.

Rob Zombie's Halloween 2 picks up exactly where the original Halloween left off.   The first fifteen minutes of this movie are amazing.  The humanity and affection between Laurie and her bookstore besties is everything that was lacking in Zombie's first endeavor.  It's gorgeous.

I love that he made a movie that examines what happens to the final girl after she survives one of these slasher movies.  Laurie is deeply disturbed and haunted and angry and frightened.  She can't make connections or move past the events of that one night.  How do we move past trauma?  How do we go back to our jobs and buying groceries when so much horror exists in the real world? 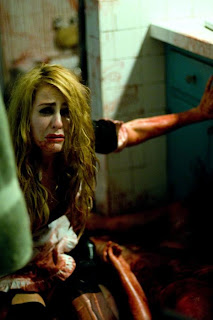 So I got comfy-cozy on my bed with a little champagne (don't you dare judge me, it's still new year's month!), eager to write in praise of a director's unadulterated, original vision of a horror franchise sequel.   Where to start?  I appreciate the look of it - it feels like an Alice Cooper Halloween special from 1979.  The scenes of gore are violent and graphic and frightening.  But it's not perfect - there's a redundant, unforgivable Doctor Loomis subplot (wherein he's meant to represent Vincent Bugliosi who exploited the Manson family victims for his own financial gain) that gums up the tone.  There are no set pieces;  beyond Laurie, who is in a constant state of PTSD malaise, there is no one for us to relate to as an audience.  My mind began wandering to Caroline Williams. 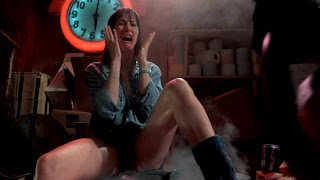 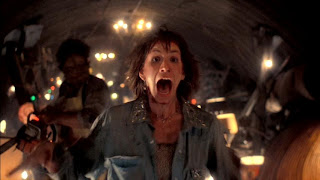 Unlike most sequels, Texas Chainsaw Massacre 2 is completely unconcerned with mimicking the original film.  Tobe Hooper creates a parody of red-state, good old boys and sequelitis excess.  His heroine, Miss Caroline Williams, fits this aesthetic like a cowhide glove!  This is a world where the mass-murdering family from the first film enters chili cook-off competitions, where Dennis Hopper comparison shops for the best chainsaw and prep school boys drink shiner bock in their Mercedes at 70mph.  Caroline Williams plays "Stretch."  She is a small-town radio DJ with a big personality and legs as tall as the Texas sky in August.  Unbeknownst to her, Stretch finds herself cast opposite Leatherface in an unlikely production of Beauty and the Beast worthy of Jean Cocteau himself. 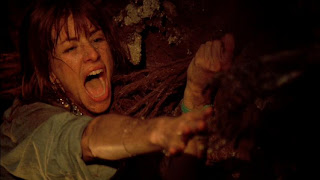 What fascinates me is how Texas Chainsaw Massacre 2 can be complete a farce with theatrical lighting and a third act set in an amusement park, but still feel less affected than Rob Zombie's Halloween 2.  Whether by the competency of the filmmaker (Tobe Hooper already had the original Texas Chainsaw Massacre, Salem's Lot, and The Funhouse under his belt at this point), through an understanding of basic story telling, a respect for the vocabulary of the slasher genre (chainsaws represent the phallus: go!), or the charisma of its leading lady, the proof is in the slasher pudding.  Eat up, kids! 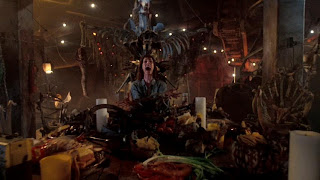 Posted by jeffreygmm at 6:47 PM