"I have to return some videotapes." 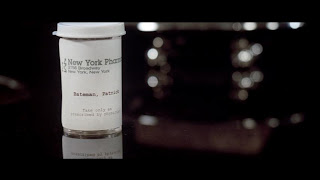 The 1980s was the definitive decade in American horror cinema.
Three times more scary movies were released between 1980-1990 than the past ten years and the iconography of said films has yet to be paralleled.  That’s why we can’t stop remaking them.
And if the horror on screen wasn't enough, the 1980s was the decade that saw the “American Dream” fall by the wayside.  The traditional family collapsed upon itself and, for the first time, more kids had divorced parents than not. The art community was decimated, either dying of AIDS or addicted to crack or just too rich to be relevant anymore.
The peace and love generation and its significant strides in cracking open the way people treated one another and accepted populist notions had been squashed in favor of commercialism and designer label commodification.
The upper class got exorbitantly wealthy while the poor were left with television shows and magazines projecting a lifestyle that had housewives stocking up on credit cards, building their own empires on the illusion of social security and stability down the line.


Popcorn horror was the perfect diversion for a generation that was slowly becoming desensitized to sex and violence and willfully handing over their lives to corporations. 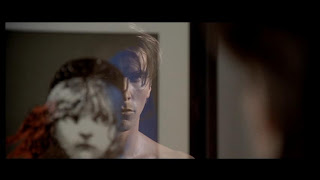 When the stock market finally crashed in 1987, the glamour of pastel eyeshadow and wearing dayglow, puffed sleeve prom dresses on any given Tuesday gave way to something darker and more practical.


We didn't need horror in our entertainment, it was in our uncle's hospital bed, our mother's foreclosed condo - it was in our dad's mental illness and alcoholism from that quick stint in Vietnam.  Monsters were no longer recognizable or clearly defined. 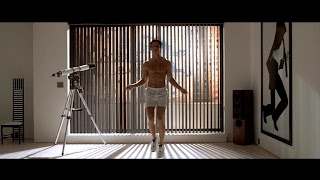 "That's a very fine chardonnay you're drinking.  I want you to clean your vagina." 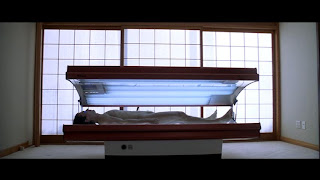 The top spot in my FaggotyAss Top 5 Films of the 2000s goes to the only horror movie about the horror of the eighties.  It is perhaps the most clever horror film ever made in that the antagonist is not a person; rather, it's a lifestyle. Real horror is not necessarily being chased through the woods by a killer, horror is falling prey to the trappings of popular culture, materialism, and $300 moisturizer!  This is a horror movie about what horror movies turned us into.
My favorite film of the 2000s is Mary Harron's American Psycho (2000). 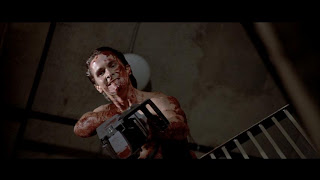 American Psycho plays like a George Bernard Shaw or Evelyn Waugh critique of society and its folly, only slathered in as much blood and male nudity as Re-Animator.
Investment bankers are painted in broad strokes as men who takes themselves way too seriously; they're narcissistic losers in four thousand dollar suits.  As filmmaker, Mary takes a step back, refusing to engage in the trappings of a sympathetic protagonist and, thusly, American Psycho holds a Brechtian mirror to the dark and ultimately pointless pursuit of a lifestyle free of meaning.
When a man is a shell, completely desensitized to human interactions - when he only cares for the material (restaurant reservations, haircuts, real estate) with no sense of self or social responsibility whatsoever, something breaks.  He’s a sponge who absorbs and never feels full, using women and the people around him as pawns. With no sense of right or wrong, he can feel no pain. With enough money, his actions have no repercussions. He can just as easily eat a hooker's brains with a fancy dijon as he can catch a matinee of Les Miserables.  This is Patrick Bateman.
Mary used a horror movie tropes to play out the metaphor of Patrick's interior rage and desperation to make the smartest social commentary/parody since Kubrick made Dr. Strangelove.  Not just an esoteric dissertation on period, American Psycho is also beautiful to look at.  This movie feels like New York in the 1980s, successfully presenting a heightened reality where every single performance is pitch perfect and in-line with everyone else to create a fully fleshed out world.

But is American Psycho queer?  Let's see.  A man who defines himself by the car he drives, the socks he wears, the gym he goes to...does this sound like anyone you know?
Despite twenty years and a completely different cultural landscape (commercials now praise the "value meal" over the high-end reservation), very little has changed among some gay men.  Just take a quick jog through West Hollywood or Chelsea and you'll see a dozen Patrick Batemans. Apha-Gays. Men who have the most expensive shoes and cars; men who tan and go to personal trainers who happen to be porn stars in their off hours.  They have no children, so money is no object. Just like 1980s stock brokers with designer suits and Oliver Peoples glasses, these gays fall for the peer pressure of wearing the same jeans, the same t-shirts, the same underwear. They buy the books everyone reads, they read the reviews of movies everyone's talking about, they do anything and everything to remain relevant, eternally twenty-six.  Sex is commodified to the point of fucking being no different than ordering online pizza. Thoughts of domesticity are fleeting if entertained at all. Their dogs are their babies. Their gaggles of friends (who they usually hate) are their partners. These are the boys who see American Psycho and pat themselves on the back for being just like Patrick Bateman. This is progress? 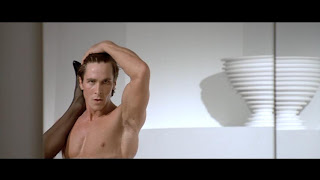 "I guess you could just say I want to have a meaningful relationship with someone special." 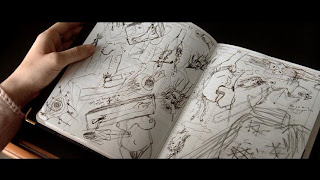 Pay attention.  The genius of Mary Harron's American Psycho is that it never glamorizes Patrick Bateman or his lifestyle.  We see that beneath the chiseled shell, he is a sociopath.  Just like the midlevel agents in Hollywood and the I-Bankers on Wall Street, Bateman is so desperate to be perceived as successful, as a man comfortable in his own skin, that he is never actually present in any moment.  He has no identity.

The sum of a man is more than labels; more than gym memberships and moisturizers.  Even if it wasn't, fashion today isn't nearly as hot as the looks on display in America Psycho.  Now, you'll have to excuse me.  I'm going to take a mineral bath in my Urban Archeology bathtub, then rub my feet with a tub of La Mer and take a nap on my new Charlotte Thomas linens. 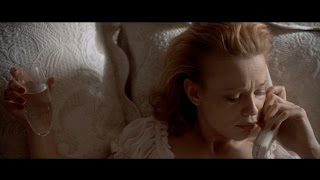 I raise my champagne glass to the decade in horror to come.
Happy New Year.
Posted by jeffreygmm at 1:34 PM