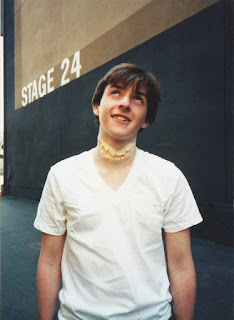 In honor of the occasion, I'm coming out in favor of Halloween H20.

Once upon a time, twenty years ago, I was a baby freshman in college and, even though I had known for years that I was gay as fuck (I worked in Musical Theatre since I was 12), I never had the guts to do anything about it til I met the right gorgeous sociopath. 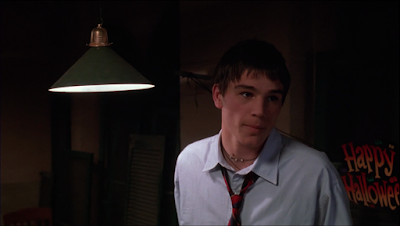 I remember two girl friends from high school surprised me by visiting the dorm one night in Boston (pro-tip: NEVER surprise a gay boy, ever.  You may as well just scroll through his camera roll.).  We all went to Coffee Haus because it was the nineties and I told them about this boy and how he was sure to ruin me and how insanely happy I was and they did not handle it well.  I don't know what I was expecting, but that wasn't it. 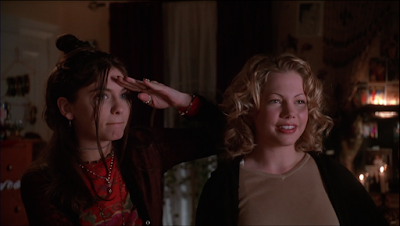 Mind you, we went to an arts school.  I can only imagine how these raw moments must be for kids who don't live in major metropolitan areas and go to fancy liberal schools with ice sculpting classes. I was upset.  I felt betrayed.  I had way too much coffee, so I did what I always did when life got too real - I went to the movies. 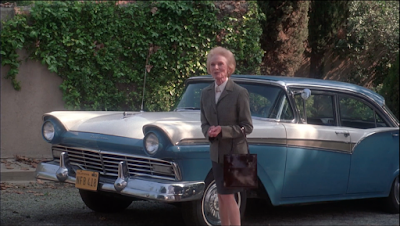 I saw Halloween H20 at midnight on opening night at the Coolidge Corner theatre in Boston.  I liked it, but also fell asleep (often regarded by friends as my highest praise for a film).  It came and went and I went back to my trials and tribulations.

Twenty years later, I watched it again and it's better than I remembered it being.  It's actually a low key masterpiece.  Running a tight 65 minutes (let's be honest, slasher movies should never be longer than that), this movie has it all:  Lasagna.  Halloween Decorations.  Michelle Williams natural hairline.  Masterfully disheveled school uniforms.  LL Cool J!

Jamie Lee brings grace and authenticity to adult Laurie Strode and her struggles with PTSD, it colors the entire film.  It's sad.  Laurie's life is sad.  What happened to her as a teenager screwed up her entire life.  Mind you, she's still a boss - going by an alias and running a high-end boarding school in Montecito.  She has an adorable house.  She has the most gorgeous son in the world (Josh Hartnett with the ingenue hair) and she's literally got men chasing after her.  But she still can't relax, no matter how many pills or bottles of chardonnay (sis looks amazing for a pilled out booze hound!). 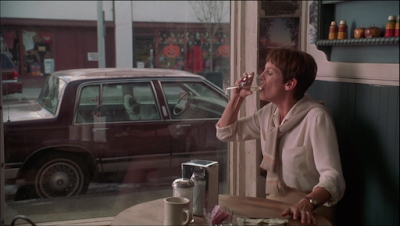 Every character in H20 is there for a reason and the movie is more concerned with emotional stakes than bodycount.  It also gives Laurie a satisfying finale.  It took twenty years for Laurie to confront what happened to her in high school and be able to move on.  Having vanquished her oppressor, she can finally start living.  She can heal. Her next twenty years will be better. 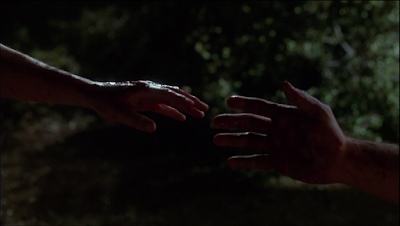 Twenty years after that gross night in the coffee shop, we have a new Halloween movie coming out with Jamie Lee Curtis.  Michelle Williams is steps away from EGOTing.  Josh Hartnett is still absolutely gorgeous and became the paragon for leaving Hollywood and living happily ever after in a log cabin with your money and family in tact.  I'm almost forty and I'm no longer friends with those two girls. 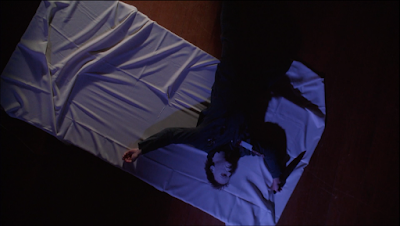 A lot of people, justifiably, say that gay adolescence comes late because we're not living fully developed lives in high school because so much of our identity is covered up in being closeted.   I think that's true.  Fear and shame and internalized homophobia prevent us for engaging 100%. It's also true that, as gay people, we have tools to brush off trauma and betrayal - we have perspective.  Our own families often discard us.  The world seems to tolerate our existence at best. So we deal with it. 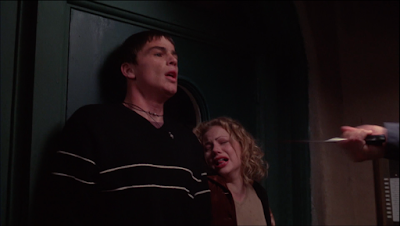 So much of straight culture seems built around high school and prom and having children.  Watching the senate confirmation hearings, every third line was about this how this guy was popular in high school.  Can you imagine?!  That's gotta be tough.  Life's hard for people who peak at eighteen.  I didn't peak at eighteen.  Most gay people don't.  Laurie Strode certainly didn't.

Whether it's healthy or not, I always looked to movies to make sense of real life.  This was my coping mechanism.  From movies, I learned that I can be sad like Laurie Strode, drinking away the symptoms PTSD and being useless to the people I care about, or I could be like Sidney from Scream - walking head first into crisis and coming out triumphant. 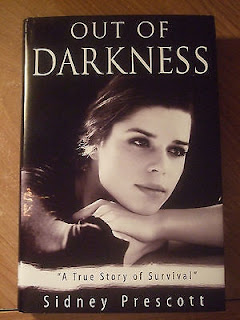 I'm almost Laurie's age in this movie and I still don't feel like I've peaked.  I'd love to go back in time and have that conversation over again with the girls at the Coffee Haus.  I'd love to have had agency in that first relationship or to have had the balls to have been gay when I was in high school, sleeping over at drama festivals with gorgeous tall boys who maybe weren't sociopaths.  But the gag is, life didn't really start until I came out. 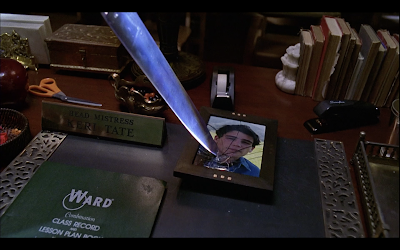 If there's a point to all this, it's to be be proud of who you are.  Own your narrative.  Nothing's as scary as we think it is.  If Michael Myers does show up one day, think about Matthew Shepard and the Mike Pence and those two girls laughing at you from across the table and tear the fucker apart.   Once you pull the bandaid off, it truly does get better.

xoxo
Posted by jeffreygmm at 12:11 PM

Labels: 1998, come out come out where ever you are, halloween h20, jamie lee, josh hartnett can still get it, michelle williams before she figured her hair out