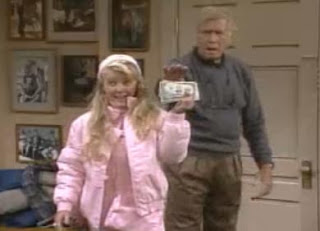 Remember how Punky Brewster had a rich girl friend named Margo and Margo was always perfectly done until the day her parents got divorced and she was completely inconsolable despite the fact that Punky's mom left her for dead in a supermarket, leaving her to be raised by an elderly gay man in a shitty apartment above a TV repair shop?  Their bestie Cheri almost died in a refrigerator and their friend Alan had to move away, but god forbid Margo got so much as an infected cuticle - the world would end!    Well, this was my earliest lesson in the fact that all pain is relative to experience.

While Punky was able to forage for food in the dumpster and still have a great day, to Margo the slightest inconvenience was earth-shattering.  Perspective is everything.  That lesson did me well as a poor kid growing up among the rich.  My mom was a secretary and my dad was a Vietnam Vet who tried to kill us a bunch, so we had to move around a lot with little to no money.  Things were never easy, but Mom always make sure we moved someplace in a good school district and, with that access, I eventually out-caste her. 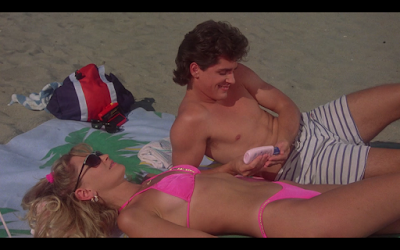 While I didn't have a savings account or any inheritance, I had access to the same books and museums as rich kids.  That's thanks to Mom.  All these years later, little has changed.   If anything, I've become my mom - paying bills every month, barely making ends meet while my friends go on exotic vacations and buy second houses, but whatever.  It could be a lot worse.   But, no matter how good my therapist is, with such proximity to wealth, I can't help but feel like an outlier and, as hard as I try to remember the lessons from Punky Brewster, rich kids still get under my skin.  I can't help it. 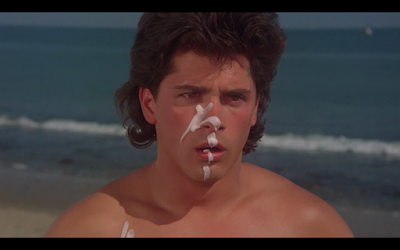 No matter how many accomplishments I rack up - no matter how many copper pots I have in the kitchen or how many Keanu Reeves brunches I attend, I will never really fit in.  You can't manufacture being a rich kid - it's something you're born into.  I'll never be invited to Williamstown the same way that, as a gay man with a tummy, I'll never be invited to a Roland Emerich gay-for-pay pool party and that's fine.  Like Punky Brewster, my hardship has provided me a perspective and keen fashion sense.  You can't buy that! 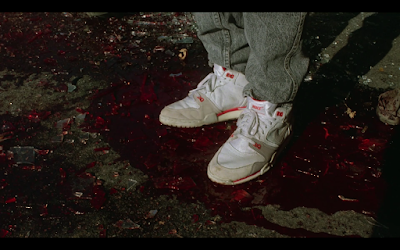 Part of the joy of exploring gay horror movies is the comfort I find in how analogous they are to real life.  A Nightmare on Elm Street 2 is a movie about how hard it is to come out of the closet in high school when you're the only gay kid in town.  Society is a movie about how you can't fake being rich and you shouldn't want to. 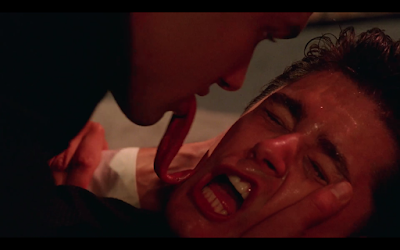 On paper, Society sounds too good to be real, but it's real.  It's a movie that posits that rich people aren't human - they're monsters that exist to feed off of poor people, literally draining them of their life force and tearing apart what's left - similar to how the GOP has tricked poor people into handing over their health care and livelihoods in favor of tax cuts to the top 1% of corporations.  Naturally, it's set in Beverly Hills - one of the only MAGA enclaves in Los Angeles where people value cars and real estate over basic empathy.

Society is about a short man named Billy who lives with a very rich Beverly Hills aryan family.  It's never really explained how he's of relation, but he's clearly different than everyone else.  He's brunette and he has a jewish best friend, so obviously he'll never really be accepted at the yacht parties no matter how many debate team trophies he scores.  The movie takes place entirely in Billy's the "wokening"moment when he realizes that all his peers act like Gwyneth Paltrow in Great Expectations and that capitalism is a gag.  Rich people are set up to win, no matter how awful they are or how many people they kill.  Scary AND relevant! 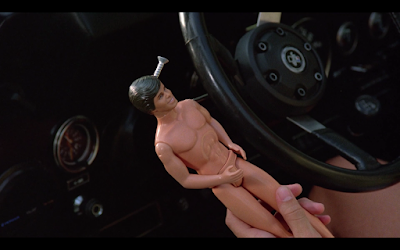 The last couple of years have taught us that rich white people can be evil.  This movie was onto that fact 30 years ago.  It's also super pansexual.  The actor playing Billy makes no sense, but he's porny as all get out and he wears great underwear (I do NOT understand why or condone how briefs appear to be going out of fashion!). 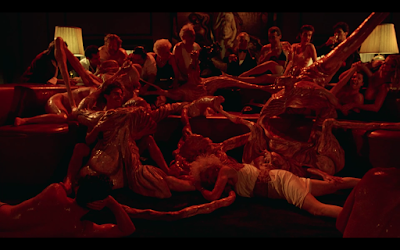 Long out of college, I'm still a outsider living among a caste I wasn't born to.  Even though I can't afford to dye my hair this year (like Billy, I'm a brunette), I'm not complaining.  If I was born rich, I wouldn't be here today, home alone in my rent controlled one bedroom ranting about a movie from 1989 that only 1/4 of you have seen.  I wouldn't have it any other way (except the brunette part, I'd literally kill to see colorist). 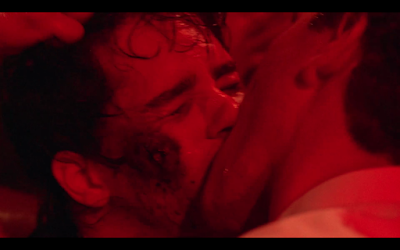 Because I had the privilege of not being raised among a cabal of flesh-eating monsters in Beverly Hills, I'm still here.  Over time, I've even learned to enjoy being different.  Being gay is an outlier in some circles the same way being poor is an outlier in others - the same way not being a drug addict can be an outlier at Lindsay Lohan's gay Mykonos circuit party .  I can't change any of that, but you know what...?

Society ultimately reinforces Punky Brewster's message that we have to be at home wherever we are and, if we're not appreciated, move on.  You don't want to go to parties where you're not welcome because if you do, you'll probably end up shunted and I don't wanna see that!
Posted by jeffreygmm at 3:31 PM