I used to think that Fright Night was the gay horror equivalent to Wizard of Oz.  We take for granted how good both films are - friendly and commercial, never too offensive or too scary.  But, the more I think about it, that's an unfair comparison.  You see, Dorothy in Oz actually cared about people - she was a good friend to the scarecrow and the lion and she loved Toto and she tried to make everyone's lives better before (correctly) realizing that that's the best anyone can do - living on a ranch with gay farmers, a dog and farm to table produce.   Charlie is nothing like Dorothy. 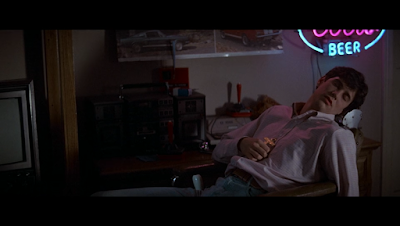 Don't get me wrong - Fright Night's still super queer - it's a movie about a boy who becomes obsessed with the couple who moves in next door to renovate their vintage victorian. 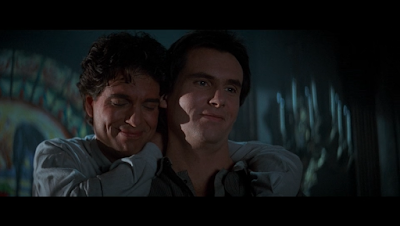 Fright Night reads as gay film because "Evil" Ed, Charlie's high school bestie, is a queer kid who's mocked for having dirty blood before being turned into a vampire by the aforementioned house-flipping bisexual vampire next-door and then used as trade to "take care of" Roddy McDowell (also gay).  Think about that for a second: in a time when homosexuality was confined behind closed doors, when multiple aging Hollywood stars were closeted and subsequently murdered by trade - to have a rent boy show up at an aging queen's apartment door to prey upon his loneliness is a real dick move.  It's the first scene in the film where Roddy McDowell and Stephen Geoffreys authentically come alive and it's still transgressive all these years later.

Fright Night had three openly queer actors in lead roles (take notes, Disney!) and, whether intentionally or just by happy accident, it wound up become something more than the sum of its parts as a result.  And in the middle of all this gay iconography (and legitimately amazing practical VFX) was Charlie Brewster. 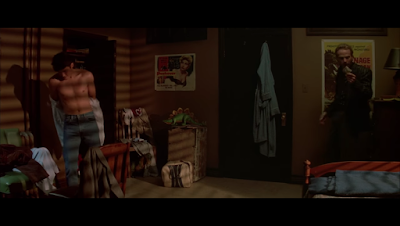 Charle is not gay.  I know he's straight because he's a bad friend and he's a terrible boyfriend.  If Fright Night was taking place today, he'd have a Bernie 2020 poster in his already messy bedroom.  Charlie's the kinda guy who pressures his girlfriend into having sex with him, then rebuffs her when she reciprocates interest and then calls her a "slut" when she eventually finds comfort in the arms of the attractive bisexual vampire next door.  Charlie's the kind of guy who offers to take you to drinks, then assumes you're paying after ranting about how Daisy Ridley isn't a good enough actress to handle the complexity of the Star Wars franchise.  Charlie sucks. 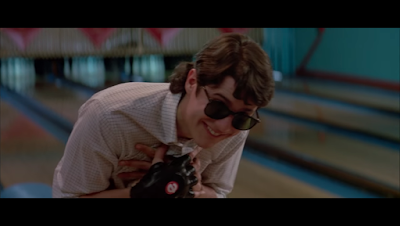 "Do you know how to use your lips, Charlie?" 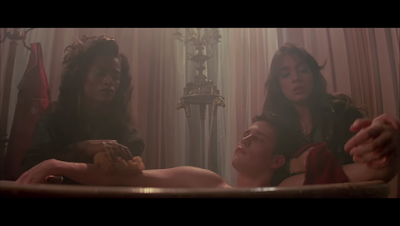 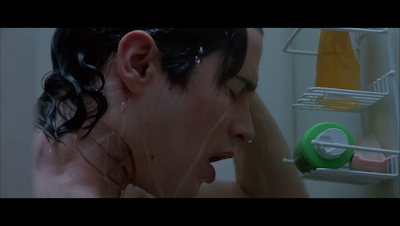 4 years pass between the events of Fright Night and Fright Night Part 2 and Charlie is still bad at sex and he's still a jerk.  This time around, he has a new queer best friend to leave for dead and he's got a new girlfriend to gaslight in order to make up for his own sexual inadequacies.

Roddy McDowell is still around too, only this time he's got a much nicer apartment, which makes me feel good because I think it's criminal how we treat our elders.  If you see Melanie Griffith or Kathleen Turner on the street, give them some money, or at least take them to a salad and let them talk at you for a while - we owe them so much. 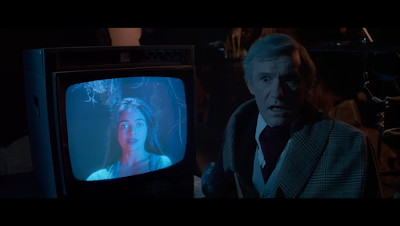 In keeping with its queer roots, Fright Night Part 2's antagonist is a performance artist named Regine.  Imagine if Lady Gaga actually had friends, that's Regine.  Regine was Chris Sarandon's sister, so she's out for blood since Charlie and Roddy killed him and his life partner and ruined their vintage victorian house which she probably could have had a gay friend restore and flip for her. 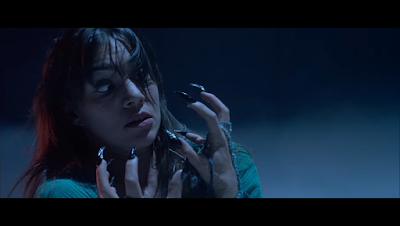 A vindictive mess who plays from the Real Housewives playbook, Regine is determined to ruin Roddy's career.  More important than any plotpoint, however, Regine travels with a queen named Belle and let me tell you...! 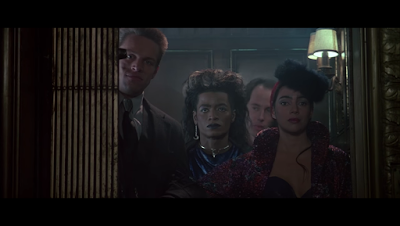 Miss Belle is Gender-Non-Confirming and black and too chic for words.  She wears roller skates for optimum fabric flow and never leaves the house without full hair and makeup.  I'm obsessed.  Belle elevates Fright Night 2 into the stratosphere.  We aren't worthy.  This movie was on AmazonPrime for a hot minute in January and the MAGA Chuds were losing their minds on twitter!  She makes people upset, even thirty years later!  Long Live Belle!  In case you needed more of an excuse to stan, Belle was played by Russell Clark, who choreographed Teen Witch in 1989.  Get into her. 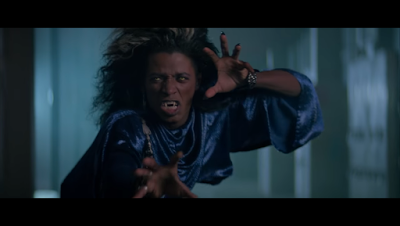 I'm in a minority of people who like Fright Night Part 2 as much as the original.   This was a movie that was constantly on HBO during my formative years (the coupling of this with Vamp and Once Bitten no doubt defined my terrible taste in thin, pale, unobtainable vampire men who only hold me in medium esteem). 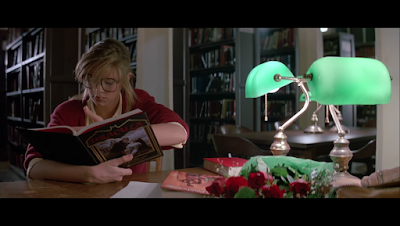 As an adult, I like Fright Night Part 2 because it's much more feminist-forward than its predecessor.  Charlie's new girlfriend, Alex, is hyper-intellectual and she's never used as a sexual pawn and she has complete control of her narrative in ways that Amy in Fright Night wasn't able to.  Alex is smart and she's stunning and wears glasses like a pro.  Charlie's best gay this time around is Merritt Butrick, who played Kirk's son in Wrath of Kahn - he was living with AIDS during the filming and open about his status with the cast and crew.  Between Russell and Merritt, Fright Night Part 2 was way ahead in terms of queer representation and a worthy sequel to the original, but you don't have to take my word for it - someone was good enough to upload the entire (increasingly hard to find) film to youtube in HD.

Posted by jeffreygmm at 2:07 PM