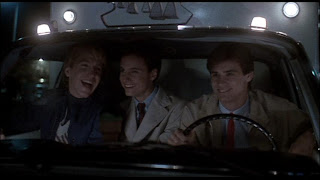 I grew up with a single mom and a Nana. At some point, mom decided she wanted Nana to go away so she tried out the old lady downstairs as a babysitter. When the old lady refused to let me watch Once Bitten on HBO, I all but lost my shit! Nana stayed put and we never saw that old lady again. 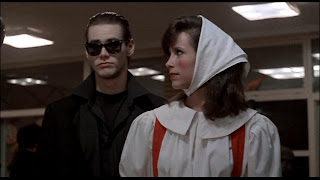 It could very well be hypothesized that my obsession with all things horror and homosexual had a point of inception: the autumn release of Once Bitten in 1985. Once Bitten is the world’s first teen sex comedy to have vampires and homoeroticism strolling hand in hand like old lovers humming a Sondheim tune along a Fire Island dune!

I loved this film more than any six year old boy should have loved a Lauren Hutton vehicle. By 1988, the horror bug would have so fully infected my consciousness as to make me sneak into Return of the Living Dead: Part 2 while my mom returned things at the mall (shoving stockings in her purse when the sales ladies weren't looking), starting me on the long and bumpy journey to becoming the man I am today. 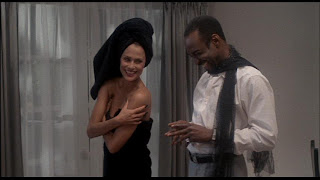 In Once Bitten, Jim Carrey is a twenty four year old high school student. He’s tall and thin and pale and Canadian and he has gorgeous hair. He has a girlfriend named Robin who is ten years older than him and a professional dancer at that..

Jim Carrey has been dating Robin for the past four years and he wants to have sex, but she’s not so sure yet. He confides all this in his two best gay friends who work together at a burger stand shaped like a clown. Did I mention that Jim Carrey drives an ice cream truck and they are all in high school with Karen from Will & Grace? This is a good movie. 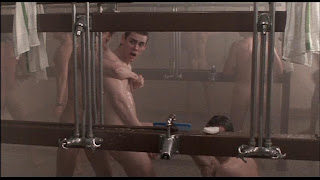 Across town, in Hollywood, there lives a three hundred year old Vampire with an aversion to wearing bras who goes by the name of Lauren Hutton. Lauren is kept relevant by her main gay, Sebastian, who not only manages to be a racially offensive stereotype (being a servant, wearing jodhpurs) but a super-offensive gay stereotype to boot (always coming out of her closet, wearing her clothes, leering at young men). Sebastian is wonderful!


Down in the cellar, Lauren keeps a stable of young homosexuals and a couple of hags – we learn that these are virgins she turned into vampires to stay young! We can tell when she turned them because they still dress from the period they were turned, a confederate soldier, a haight-ashbury/hippy girl; choices! 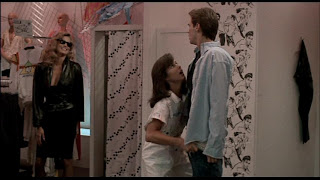 One night, Jim’s gays take him out for a night in Hollywood to take his mind off his girl troubles and to find him some consensual third-base situation. He finds Lauren Hutton. She's on the prowl because, without refreshing herself with virgin blood every once in a while, Lauren turns into Sophia Petrillo from The Golden Girls. Luckily for Lauren, Mark is a virgin. She takes him home, bites off his buttons and, the next thing you know, he’s wearing all black and can’t see his reflection!


Girlfriend Robin knows something dark is afoot when Jim passes out at the mall, he usually lives for an Orange Julius, so she asks his best gays to check his groin for bite marks.  She's still not ready to check out his goods and this is her trauma to unpack on her own and I’m sure it’s none of our business.

Working for a movie studio, it's not hard to see Miss Hutton's aging Vampiress in dire need of virgin blood as analogous to these creepy gay agents and producers who surround themselves with teenage boys to stay relevant. But agents don't have Miss Hutton's legendary tooth gap - just one of the infinite reasons that Once Bitten is better than real life.

If you have a six year old child at home, feel free to pop it in the DVD player, I turned out fine. 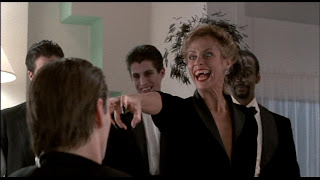 (Horror Nerd Alert: Be sure to keep an eye out for Friday the 13th Part II 's lanky ginger, Stu Charno, as "Cabin Boy Vampire" and Flowers in the Attic’s main gay, Jeb Stuart Adams, as "World War 1 Vampire"!) 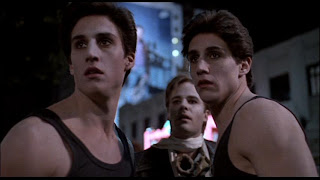 Posted by jeffreygmm at 1:35 AM