I've been watching a lot of The Sopranos lately.  It calms me.   Last night I was inspired enough to make the most delicious eggplant parmesan/baked rigatoni dish.  Why make just one recipe when you can have two!  It got me thinking about Italy. 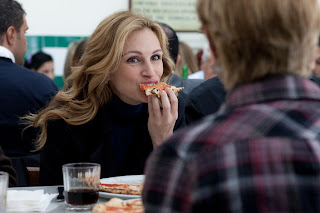 Even though I look like 1996 Claire Danes if she were a boy with glasses, I'm Italian.  My grandparents were "off the boat" and didn't speak English.  I never really had strong family ties, but do I love Italy.  I love the bustling streets of Rome, the perilous cliffs of the Amalfi Coast, the museums and cobblestones of Florence.  The pizza on every corner.  The secret covens of witches living amid the ruins and running prestigious dance academies... 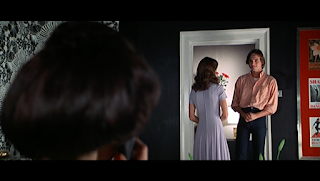 But you don't have to take my word for it, just ask Susy Bannion.  Susy loved Italians so much that she followed them to Germany.  Everyone knows that when Germans aren't plotting the decimation of the Jewish people, there's nothing they enjoy more than the art of Dance.  Italians are smart - they go where the work is.  If the Germans want dance theatre, then the Italians are going to give it to them, goddammit.

Being an American, Susy doesn't let the fact that she's not a dancer get in the way of her dreams - she packs her duffle bag and heads to Germany to learn the art of Italian dance.  She found a sultry Italian roommate who wore a lot of silk and defiantly refused to condition her hair.  Everything seemed to be going just great until she gets a cold.

Everyone has their favorite Italian horror masterpiece.  For some, it's Fulci's The Beyond, for others it's Tenebre or Cannibal Holocaust or Demons... I could go on for a week (I won't go on for a week).  I'm wanted to be a ballet dancer, but my mom said it was "faggy," so I love Suspiria.  Ballet dancers wearing overalls, exotic locales, hand sculpted wood finishes covered in technicolor lacquer, how could I resist it?


Obviously I'll be seeing the Luca Guadagnino remake at least four times.  Amazon has already started hosting gay tastemaker screenings to stir us into a social media tizzy and, you know what, good for them!  The only way to out-gay Call Me By Your Name, with its Sufjan Stevens ballads and casually discarded $400 vintage bathing suits, is by adapting Suspiria with Tilda Swinton and Melanie Griffith's daughter.  I'm already planning my outfit. 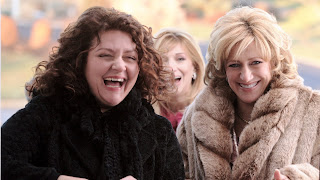 Posted by jeffreygmm at 9:02 AM