Good morning.  Happy Sunday.
I interrupt our previously scheduled Booze Brunch to remind you that this weekend marks the 17th Anniversary the second greatest sci-fi horror movie ever made.

To commemorate the occasion, I figured we could drag everyone's favorite FaggotyAss Feature: 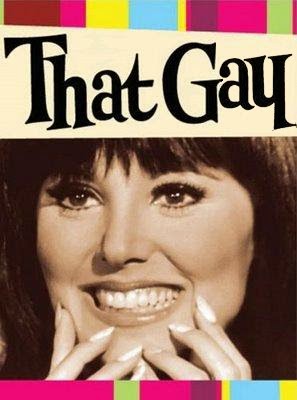 In this week's That Gay, I'd like to re-introduce you to Jack Noseworthy. 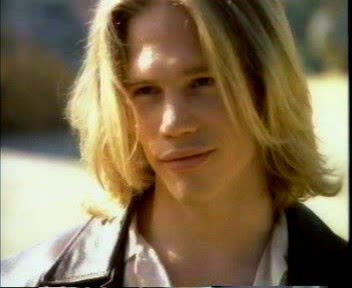 Jack was called "Baby Bear" in Event Horizon because he had an angel face and milky smooth skin covering his 24 pack abs and because older men always paid for his brunches.  God I miss the 90s.

Like Friday the 13th's Kevin Spiritas before him, Jack Noseworthy is a big old Musical Theatre Queen.  He was supposed to star in the Lestat! musical for Elton John, but there was "an issue."  You know I love a man with issues.  I saw him in Pippin and once I followed him down 54th street when he was co-starring in The Sweet Smell of My Success, but I couldn't afford to see The Sweet Smell of My Success so I went home and ate pop tarts in my underwear.  We have the same birthday and we're both Massholes.  Can you feel the connection?  Alright, fine.  He's married.  Now let's talk about Event Horizon.

Event Horizon is about how Sam Neill went crazy after he divorced Isabelle Adjani and (after a brief stint as paleontologist) he signed up for the space program.  In space, he and his crew find a haunted house floating in space that opens up a portal to an evil Hell dimension (like Howard the Duck).

I remember seeing this movie like it was yesterday.  They didn't really market Event Horizon, so when I went with a bunch of my bro-friends to see it midday at the off-brand theatre in Danvers, we had no idea what to expect.  We were an otherwise rowdy group until the movie started and things got real uncomfortable.  Long story short, Event Horizon scared the shit out of us.

We couldn't even speak to one another because we were so freaked out.  I think a couple of my buddies actually had to leave the theatre.  We drove home in silence. 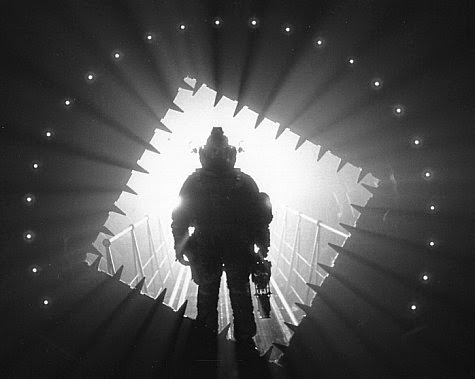 If you haven't seen Event Horizon, I've already said too much.  It's good and scary on par with Session 9 and the Exorcist 3.  Hieronymus Bosch in space.  It definitely borrows from Alien and Hellraiser, but it also informed dozens of movies to follow, including Prometheus.  Turn off the lights, snuggle up with your blanket, pretend the sofa is a spaceship and lose yourself in one of the great summer horror blockbusters.
Posted by jeffreygmm at 12:37 PM