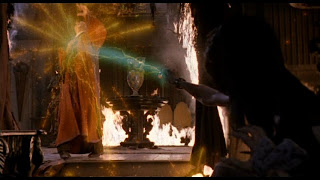 I don't know if you kids like those Harry Potter movies... If you do, then you probably can't stop popping klonopins like tictacs in anticipation of the penultimate installment - therefore, allow me to turn your attention to the lesser known prequel to the Harry Potter known as Elvira: Mistress of the Dark (1988). 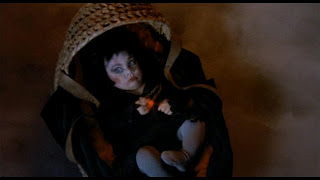 Once upon a time, a baby girl was left on a doorstep someplace.  Her parents were killed by an evil dark wizard so she became the queen of late-night horror (in syndication) and she shilled everything from Coors Light to pinball tables. 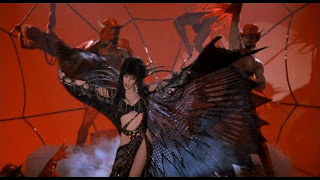 Much like Harry Potter, all Elvira ever wanted was to raise fifty-thousand dollars so she could perform her burlesque spectacular in Las Vegas.  Along the way, she visits a politically conservative, small town in New England (led by the aptly named Chastity Pariah) to teach everybody (including Ira Heiden from Dream Warriors) about equality, stage makeup, and the fine art of potluck casserole baking.  And, faster than you can shake off a magic wand, Elvira learns a little bit about herself along the way. 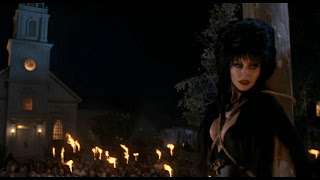 What with the suicide rate for gay kids rising and another election upon us, I'm a bit down in the dumps this holiday season.  But rest assured, dolls, there is something to live for. At long last, the queen has risen from the undead. Be sure to check out Elvira's Movie Macabre every Saturday night at midnight (in syndication).  It's a guaranteed standing ovulation! 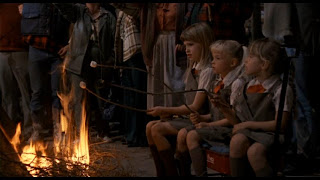 Halloween is officially upon us.  If you haven't already, put up your spider webs, hang your pumpkin lights and start doing 200 extra crunches per day.  It's time.
Posted by jeffreygmm at 5:02 PM