"I don't know about you girls, but Mother Nicky here is going to get herself watered." 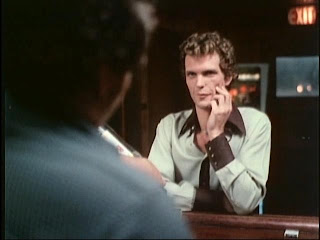 Do y'all remember when Jill Clayburgh was a movie star?  Back in the ‘70s, movies could be green-lit on the elegant premise of a seasoned, educated woman coming to terms with her own mortality in the Upper West Side. 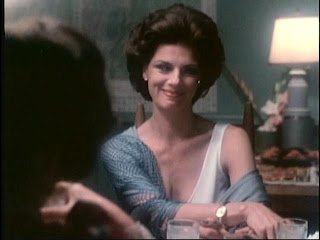 Imagine one of these Jill Clayburgh classics, sans Jill Clayburgh - a woman going through a painful divorce left with no choice but to flee the hustle of Manhattan to find herself (with the help of her best gay) in the country.  Now throw in a dash of rural paranoia shaken gently with some pornstaches and a few rogue chainsaws and you have Savage Weekend (1979). 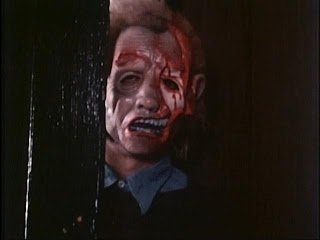 As a single mother stuck in a passionless relationship with an aging investment banker named Robert, Marie needed a new lease on life.   Robert is a boat enthusiast, so Marie and her best gay tag along for a weekend in the country where he's restoring a boat he bought for next to nothing from some hillbilly who speaks like a Toni Morrison character.  Why not? Marie is prone to reveries of sexual awakening. And judging by the way she looks at the local groundsmen, she apparently has a penchant for rough trade. 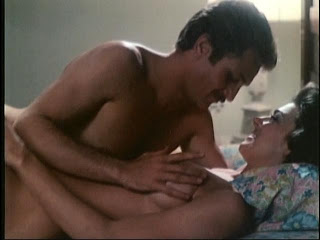 Nicky, her best gay, is an old-school sissy and sissies are nothing if not dependable.  The ladies can always count on Nicky to make them laugh, to bolster their fragile egos, he even cleans bat carcasses out of the time-share for them!  ‘70s sissies are a trip. They're simultaneously empowering and morbidly offensive; one minute Nicky's beating up homophobic hicks in a small town dive-bar, the next minute he's putting on a full drag beat and screaming like a woman with hatpins shoved through his frontal lobe.  And you ask why I love horror movies! 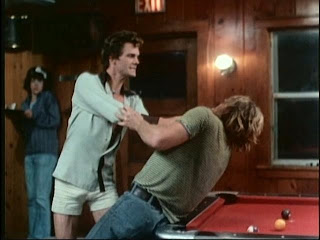 On the surface Savage Weekend is just another pulpy Grindhouse thriller, but if you look below the surface you can see a premonition of things to come.  We can mock the Sarah Palins of the world for their fourth grade educations and limited world-views but, at the end of the day, they're the ones with the guns and chainsaws!  No one gets rich in this country without someone else getting poor and one day the poor are bound to fight back. For Richard to have his yacht, he had to take it from the country bumpkin rubes. Marie, with her fancy apartment and educated friends, fetishizes the working class but once they reciprocate her advances, she retreats.  Eventually, the poor are bound to retaliate.


Besides, the climax features a wrestling match culminating in machete versus chainsaw showdown between the two objects of Marie's burgeoning desires (both direct from their star turns in William Higgins' films) while she looks on helplessly in a cotton nightie and smeared mascara.  You really can't lose with this one. 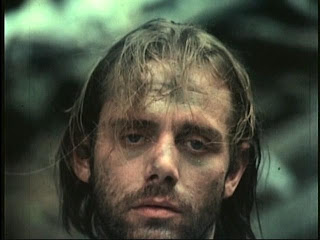 (Faggotyass Drinking Game.  Anytime you see the boom mic in the shot: SHOOTERS!  You may want to have an ambulance on call.)
Posted by jeffreygmm at 2:34 PM