who can turn the world on with his smile?

"You know what?  Let's pretend this is Buckingham Palace and you'll be Princess Di and we'll have a parade with horses..."

Everybody stop what you're doing, do a twirl and throw your hats high in the air because I’m proud to announce a brand new feature here at Now Kindly Undo These Straps... 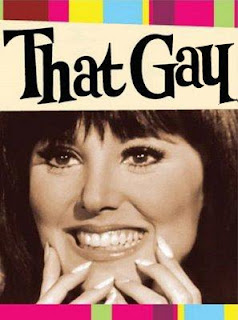 That Gay! is a celebration of the dreamiest, out and about slabs of flesh in the stockyards of horror past. 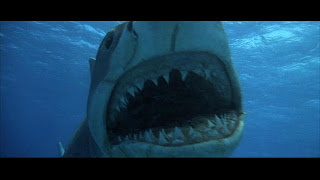 I was playing with my streaming Netflix when out of no place (as they so often do) popped a homosexual.  Sure, he was pretending to be engaged to some fish - but, come on, he lives with his mother.  He may be a deputy sherriff in town, but even the dispatchers know that he likes a lot of sugar in his coffee (if you catch my drift).  Thusly, our first That Gay! gay is Mitchell Anderson. 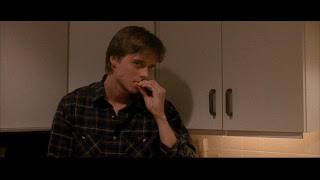 Nestled snugly between Janet Leigh and Drew Barrymore rests Mitchell Anderson.  Everyone knows that being a gay is on par with being a platinum blonde when it comes to your mortality rate.  True to form, Mr. Anderson doesn't make it more than ten minutes into Jaws: the Revenge (1987) before that shark makes sashimi of him.  Bless his faggotyass heart. 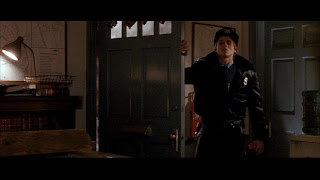 After Mitchell dies, the movie not only goes off the rails, but it repels down a cliffside all the way to Pandora where it communes with the tree of life.  Michael Caine shows up for some reason.  The shark actually growls at Lorraine Gary on more than two occasions. The shark may or may not eat a plane.  But don't cry for our sacrificial beefcake - if wikipedia is to be believed, he is living happily ever after running a restaurant in Atlanta someplace with his boyfriend.  Well done, Mitchell.  Your congratulatory grapefruit basket is in the mail. 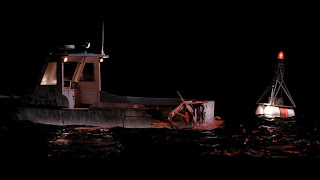 Posted by jeffreygmm at 4:36 PM