brother's keeper (aka: anatomy of an adolescent romance) 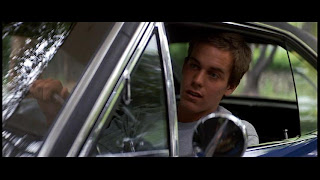 "You care more about that car than you care about me." 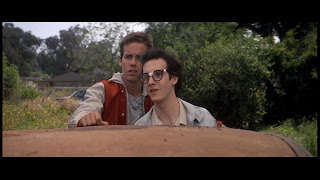 I'm going to tell you a story about love.  High school love.
Once upon a time, Dennis and Arnold were best friends.  Dennis was super popular and athletic and everyone loved him.  Arnold was misanthropic and clumsy. Outside of his relationship with Dennis, his only friend was his dominating mother and she was apathetic at best.


Dennis made sure that Arnold was taken care of.  He would pick him up every morning in his perfect Dodge Charger and they'd sing along to ABBA songs.  He was always there to protect Arnold from hoards of knife-wielding, crotch-grabbing bullies roaming the high school for lunch pail yogurt, and he was constantly trying to bolster Arnold's fragile ego.  Dennis didn't mind that Arnold wore glasses or had no disposable income to speak of and Dennis was not afraid to face off against Arnold's overbearing mother. Dennis was the perfect boyfriend. 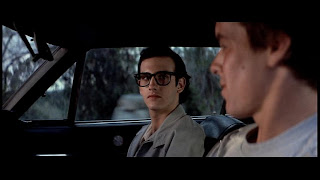 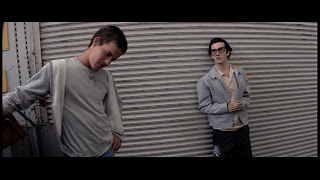 Even though girls were always throwing themselves at Dennis (Kelly Preston, in particular, setting herself up for a long life of unrequited love with homosexual men), he was content to just spend his time with Arnold. But, despite all of this care and attention, none of this was enough for Arnold.


Without any skills or passions of his own, Arnold felt stifled by their relationship.  He needed to branch out. He needed an identity. Dennis suggested that maybe he wanted to be with a woman, but Arnold didn't want a woman.  Arnold wanted freedom. Arnold wanted a car. 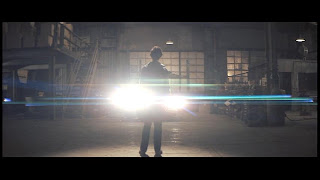 What Arnold found was a 1958 Plymouth Fury left rotting in the woods. Her name was Christine (1983).  He was smitten.
While two boys may feel comfortable being together for a period of time, this doesn't always mean that both parties are gay.  Even when both parties are consensually gay for each other, that doesn’t mean they’re destined to live happily ever after; the dynamics that arise between two men are complicated and often treacherous.  Competition, vanity, aggression, demonically possessed cars - if not kept in check, these things can tear a couple apart. 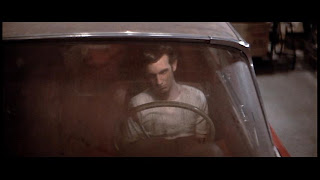 At first, Christine seemed to be just the relationship-bandaid that our teenage gay couple needed.  Arnold became more confident with every repair he made to her weathered exterior. As if that weren’t in itself a turn-on for Dennis, he even found himself some cute vintage outfits and contact lenses!  Finally making an effort! Soon enough, though, he became increasingly aloof, staying at the junkyard with Christine night after night without even a telephone call. After being left alone with Arnold's shrew mother on date night, Dennis took the hint to move on.


Unfortunately, this in't just a matter of Arnold not being gay (he is).  The issue at hand is Arnold's need to prove himself - his need for validation.  All the years of being taken care of by Dennis had made him resentful. There's nothing sexy about being a parent to your boyfriend and it always backfires. Like a bratty teenager towards an overbearing parent, Arnold began to act out aggressively towards Dennis.  During a big football game, Arnold consciously showed up at the field late and with a girl, awkwardly kissing her for the whole school to see. Dennis is not only broken hearted, but the distraction leaves him open for a good tackling by the offensive team, leaving him near paralyzed in the hospital.  How rude! 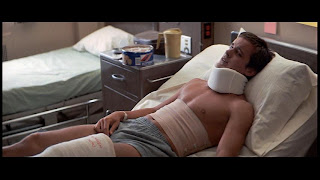 "She's not my girlfriend." 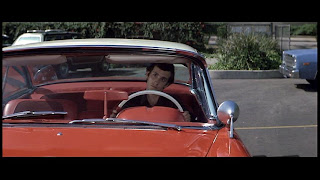 Ultimately, there was no saving Arnold from himself.  Dennis saw a good heart lying underneath the greasy hair and broken frames but Arnold couldn't let himself be loved, no matter how much he wanted to be.
It doesn't matter if you're in high school or if you're thirty-something, you have to take care of loving yourself first - only then can you be ready for the perfect boyfriend.  It's not about cars or money; it's about being comfortable in your own skin.


Be nice to each other, boys.  Remember, it's not a contest. 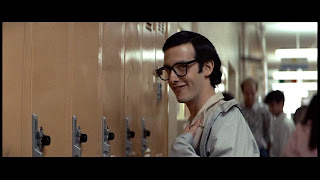 Posted by jeffreygmm at 2:38 PM