The Best Little Coal Mine in Canada 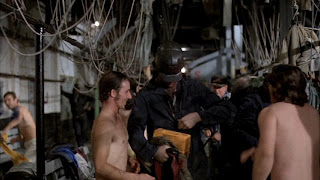 Congratulations, kids.  Another Valentine’s day came and went and we’re all still here.
I, for one, adore the holiday. Valentine's day is my own personal new year's eve upon which the rest of my year hinges. I love a handmade card and a Whitman’s sampler. I love decoupage hearts in pink and red atop paper lace doilies.


Years may pass, but still nothing says “I care” like a fresh pig’s heart left in a Tiffany box on the doorstep of the object of your affection. 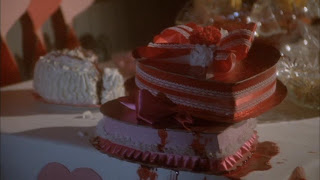 This time of year makes me nostalgic for all the great romantic scenarios: making love in the woods just before being hung upside down by my belt and having my throat slashed; covering my ears to mask the deafening roar of rattling chains while being chased by cenobites through austere, art deco white marble hallways; having Freddy tear into my arteries at the wrist and ankle, puppeteering me like a marionette in a mental health facility where I’ve been doing my best to sleep the night without taking ativans; and, best of all, having our annual crafting party in the old, abandoned coal mine. 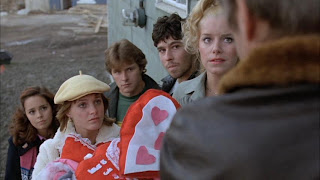 Allow me to point you in the direction of a little art film that I know of - a film that’s tasteful enough to open on a couple making love whilst wearing full mining gear (the woman pouting her lips, caked in hot pink bonne bell lipstick, stroking the man’s breathing tube ever so suggestively while his gloved hand gropes a heart shaped tattoo above her left breast).  This is a film that merits discussion. This is My Bloody Valentine (1981). 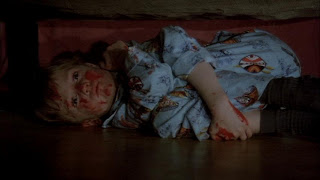 I grew up in a fishing town where people had kids at seventeen , drank at the pubs every night, and never washed their hands. Being the fanciful little boy that I was, I had no interest in a story about rural, working class folks with dirty faces. Despite having been transfixed by My Bloody Valentine’s VHS cover, the last thing I wanted in my horror was verisimilitude free of washboard abs, high-waisted jeans and shaggy hair. 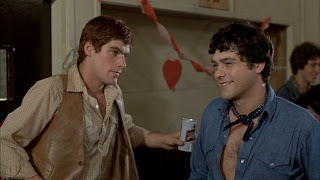 Like my now well-worn dvd copies of Thirtysomething, My Bloody Valentine was a film that required me to grow up a little in order to appreciate it.

There are no teenagers experimenting with their sexuality in this film, there's no angst, no fashion.  The median age of the protagonists is somewhere around thirty-three.  This is a movie about the kids who didn't "make it", the kids who never left the fishing town.  Townies.  Townies who love to dance.  Who am I to say that these kids don't deserve to be served up hibachi style by a pickax wielding maniac just as much as anyone else? 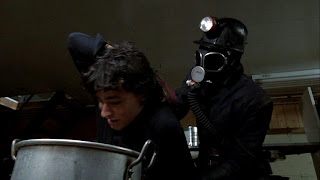 My Bloody Valentine is not just a two-bit slasher film, it's also a morality play about how no one should have to work on Valentine's Day.
One year, while the town of Valentine Bluffs was having its annual dance, a couple of miners were left working the night shift. A terrible accident left one of them, Harry Warden, trapped under piles of rubble until he went criminally insane. Like a modern day Maleficent, Harry vowed to slash his way through the entire town should they ever have another dance without him (talk about a drama queen!). Twenty years have passed since that fateful night and the kids want to dance! They’ve had it with living in the shadow of some tired queen with a mask fetish.


Having decorated the entire town to the hilt, they go ahead and have a Valentine’s bash to end all. But, like all embittered queens, Harry holds a wicked grudge and the body count rises! 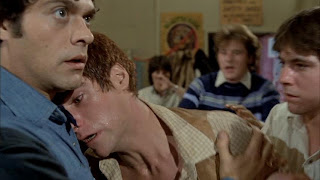 If you have a penchant for getting  hammered on Molson Ice and meander off to the local coal mine to sleep it off, this movie is for you. If you like pre-9/11 Roseanne, you’ll love My Bloody Valentine.  If  you enjoy ancillary characters who are inexplicably dressed in 1950s sock hop attire or various, elaborately staged scenarios involving the removal of the human heart, run don’t walk!
The many similarities to Friday the 13th(1980) were not accidental. Friday' was a big hit for Paramount and they rushed 'Valentine into production (6months from script to release). While My Bloody Valentine is a bit more layered in its structure and character development, Friday the 13th is hands down more glamorous and iconic.


I may have grown up, but I'm still petty. I prefer my slasher movies to be like my life, a bit heightened and gorgeous to look at. 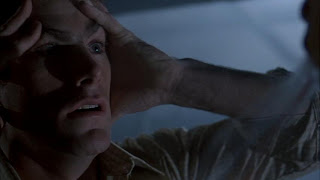 Posted by jeffreygmm at 5:02 PM