"Go forth, you, and bring me the husband!" 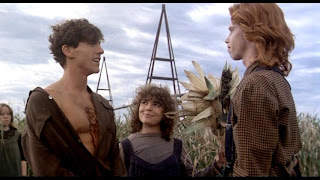 I’m one of those funny bunnies who has only lived in or immediate to major cities (Boston, NYC, and Los Angeles, respectively).
Well, thanks to Stephen King, I never need to leave my urban bubble to know all about our country.  For instance, I know that Colorado is a state where people get snowed-in and go crazy, chasing their families through expansive hotel suites with axes. Maine is where inattentive mothers allow their toddlers to roam into traffic, if only to resurrect them in ancient Indian burial grounds.
In a country populated with killer clowns, sycophantic obese women, and tween vampires, the scariest place may be the most unassuming - Nebraska. A state where religious zealots ban National Public Radio and the use of contraceptives. Where gay children run wild and unattended, channeling all of their confusion and whimsy into misreading bible verses (much like their adult contemporaries, Ted Haggard et al.).
Nebraska is home to the Children of the Corn (1984).
If I may, please allow me to turn your attention to a few of the most precious gems waiting to be unearthed upon a closer inspection of this horror classic.
1. Peter Horton get sexually violated by a cornfield. 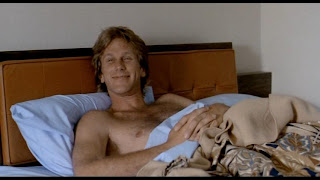 2. There's an evil preacher/perpetual man-child named Isaac and he looks like this: 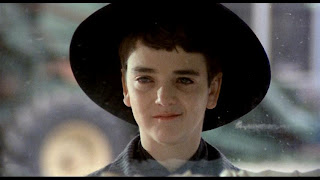 3. At one point, Peter Horton asks Linda Hamilton for a rag. Linda proceeds to grab the nearest child, rips off half of his cardigan, then hand it to Peter. 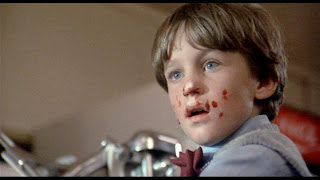 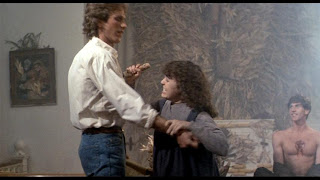 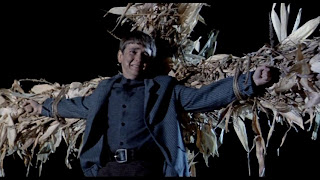 6. Watch for the contempt Peter Horton for Linda Hamilton. Aside from being openly disdainful of her throughout, he never looks in her eyes.  I love watching straight couples who hate each other but stay together because society says they only have value as part of a set. 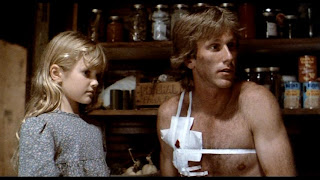 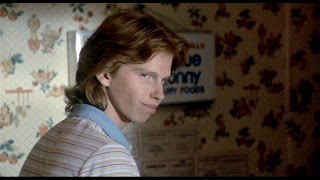 8. Peter and Linda run over a little gay boy with their Oldsmobile. They put his body in the trunk, then walk away and leave the car behind. 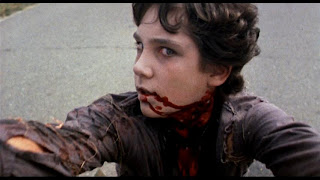 9. Isaac.
His may be the gayest performance in the populist horror canon. Even though I love a boycot, this film is best enjoyed with a vanilla milkshake from the Jack in the Box. Please note that the o-x in "box" make the shape of one of those Jesus fish. Think about it! 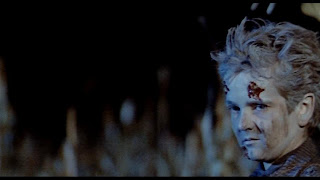 Posted by jeffreygmm at 8:56 PM