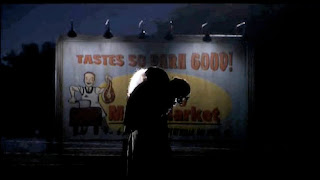 Assessing the decade past, there are some sparkling diamonds worth noting. Unquestionably, the gayest and most original bubblegum monster movie of this or any other season also may be our most problematic - Victor Salva’s Jeepers Creepers (2001): aka Gay Road Trip, aka The Eyes of Justin Long. 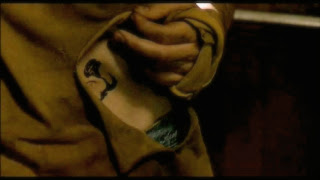 A boy and his sister go on a road trip together. They sing songs and talk about lots of queer shit until they wind up being stalked by a big gay monster who gets off on sniffing Justin’s dirty panties. This is not me being funny, this actually happens. Does the monster make-out with the disembodied skull of a relatively attractive policeman? Yes, he does. Does the monster have absolutely no interest in Justin’s sister and only want to eat body parts of nubile young boys? Yes, he does. Moving along at a clip, this whole film plays like the first act of a much larger story. Despite the presence of Eileen Brennan as a crazy, shotgun wielding catlady, Jeepers Creepers is a day at the hockey rink compared to the unadulterated homosexuality on display in Jeepers Creepers 2 (2003), aka: The Main Course! 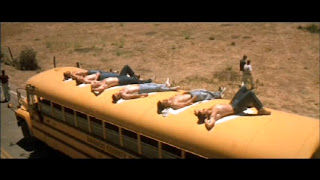 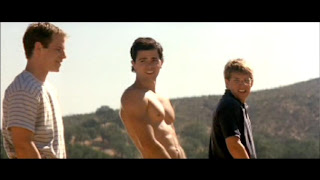 That bitchy Creeper with terrible skin is back and preying on innocent young men, swooping them up with his faggoty wings.
This time around, a bus full of dumb-as-dirt shirtless boys replaces Justin Long.  The more the merrier! These boys are so slow that they can’t figure out how to open a window on a school bus. They’re alleged to be a sports team of some sort but they really may as well be coming back from an Atlantis Cruise-lines production of South Pacific.
This 12 pack of hotdogs inadvertently wind up trapped inside the bus, left to wait for the monster to eat them up one by one. There's an even a black character and a psychic lesbian named Minxy on board this go around, alongside a legendary character actress, the beastly Diane Delano.
But, get this: there’s an openly gay one (he’s not even subtextually gay) named Izzy.  Izzy isn’t a threat to the ab-boys, some could say he’s a protagonist. 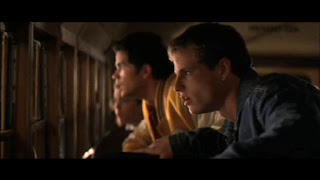 Is Jeepers Creepers 2 a good film? Heavens to Betsy, no.  Absolutely not!


The first film was an original story well told; the sequel tries to tell an expanded story and winds up looking cheap, sloppy, nonsensical, and boring. The gay storyline goes absolutely nowhere and it was written and directed by a pedophile, but at this point in horror history, we were taking whatever scraps we could get. Accordingly, we were willing to overlook the mess to finally have secondary gay characters who doesn’t wind up dying tragically or end up being the maniacal killer in the third act. Baby steps.
While guilty pleasures at best, these are the perfect films to watch when you’re home alone drinking egg nog spiked coffee out of an oversized mug on a Sunday afternoon in bed. 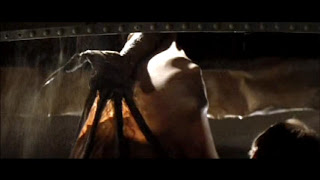 Please note: The Jeepers Creepers franchise was produced by Francis Ford Coppola's American Zoetrope.  Victor Salva is gross.  I think the most important lesson I have learned during my tenure here in Los Angeles is that we have to judge the art and not the artist.  Unfortunately, the fact that Victor is such a skeeze is what gives these movies their queer bent, whether consciously or not.
Posted by jeffreygmm at 10:18 AM