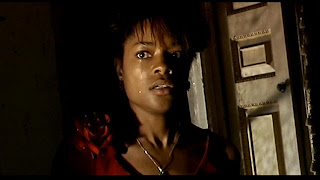 You don't have to be Jessica Fletcher to assertain from my dissertations that I have a soft spot for dreck.  Thusly, it should come as a surprise that, as I assess the decade past, my top films fall outside the realm of camp and guilty pleasure.  My top three films of the 2000s are actually smart and consistently made!  If we're lucky, every ten years or so a movie comes along that elevates the medium, defies genre, and manages to change the rules of the game for all that proceed it.  One such film claims the number three slot in my FaggotyAss Top 5 Films of the 2000s: Danny Boyle's 28 Days Later (2002). 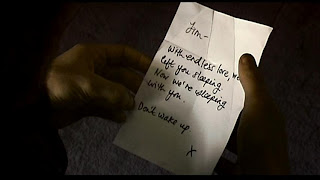 Zombie movies were born out of the distinctly 1960s fear of radioactive bombings and inevitable communist invasions that were sure to turn whoever survived into flesh-eating monsters.  Danny Boyle turned this conceit on its ear, realizing that fear of nuclear warfare had long been replaced by our fear of virulent bacteria (anyone remember AIDS?).  Nearly ten years before swine flu had American housewives wearing gas masks to the A&P and ten years after AIDS wiped out an entire generation of gay men, 28 Days Later brought this threat into the mainstream, popcorn consciousness.   Not nihilistic as much as it is realistic, this movie serves to remind us that, when pushed or cornered, we're aggressive and territorial animals - no better than monkeys. 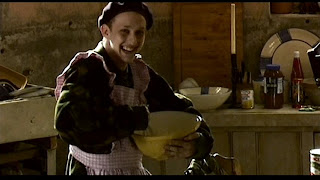 A gang of hippies rescues animals from a lab.  The animals are infected with "Rage," a manmade super-virus.  The animals infect the humans.  Civilization evaporates.  No cell phones.  No credit reports.  Primal humanity.  Governments are redundant when push comes to shove.  Shots of an abandoned London, swathed in flyers searching for missing friends and family members are all the more eerie considering that this film was conceived and shot before September 11th, 2001.  Apocalyptic themes are all the more brilliant considering that Danny Boyle structured the film to mirror The Wizard of Oz!  Only, instead of a wizard, there's a bunch of gay soldiers living in an abandoned castle. 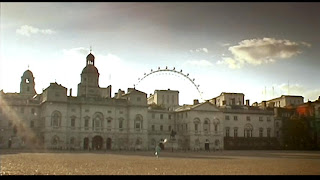 The camera is my favorite character in 28 Days Later.  Boyle shot 97% of this movie on Canon XL1 DVcams - using upwards of six cameras simultaneously, kamikaze style, all on location around Europe.  Boyle experimented with the DVcams, realizing that shooting at super high speeds created a heightened, frenetic quality to the images like no one had ever seen before in a zombie movie.  What's sacrificed in detail is more than made up for by the gritty, handheld feel that adds a sense of urgency and verisimilitude to the proceedings. The quality of the images ranges from that of on-location, Sierra Leone, news footage to that of sumptuous, live-action John Singer Sargent paintings.  Marrying the production design of A Clockwork Orange and the social commentary of Dawn of the Dead, incorporating a score that sounds like Radiohead b-sides and using cutting edge filmmaking techniques throughout, 28 Days Later is the most vital horror movie to come along in ages.  The transition to 35mm for the final scene is nothing short of breathtaking.  It doesn't hurt that Cillian Murphy was gorgeous.  He should carry around his baseball bat in every movie! 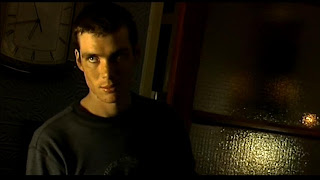 Posted by jeffreygmm at 4:25 PM