It is what it is.

Another decade is screeching to a halt. We had a bad war and a good president, Elizabeth Taylor's still going strong… but digging through my DVD closet, it was one of the most anemic decades in horror history. The aughts was a decade of photocopy remakes. These lifeless re-hashings of our most sacred texts (Friday the 13th, Amityville Horror, Nightmare on Elm Street) were ushered in by the success of the 2003 remake of Texas Chainsaw Massacre.  Now, you can hate on me like Miss Jill Scott, but I am giving it my #5 spot in my FaggotyAss Top 5 of the 2000s. 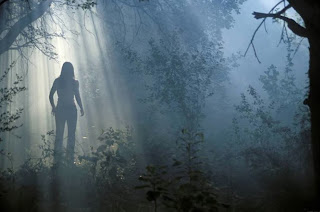 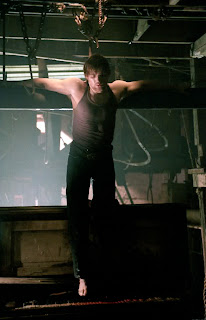 The director of photography from the original Texas Chainsaw, Daniel Pearl, is a master of smoked-out shafts of light streaming through redwoods and wide-angle lenses.  Everyone looks amazing. Who can resist kids with amazing bodies covered in sweat and dirt wearing properly fitted denim? Just because I’m a gay doesn’t mean that I’m incapable of appreciating a flawless tracking shot of Jessica Beil’s ass in lowrise jeans. Jessica has never looked better than in this film, she's toned but still supple and third-wave feminist and her raspy screaming throughout the third act rivals that of any scream queen prior.


It's easy to forget that movies didn't look like this before 2003 because the Texas Chainsaw model has become so firmly ingrained in look of every other horror movie that came after it.  I'm a sucker for gorgeous photography and this movie was remarkably shot. Excessive and broad as any Michael Bay film, there is something joyful about the world of this movie. It feels like summer, it feels like Texas, it feels dirty and hot.  All the characters in this movie have a backstory and are there for a reason - this cannot be said for any of the remakes that proceeded. Erica Leerhsen and Jonathan Tucker emote their asses off, I don’t think I've ever seen actors playing and maintaining pure terror to such indulgent extremities before or since. 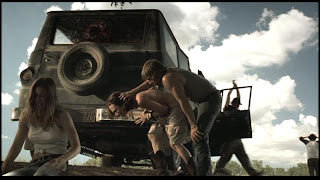 "That's not your baby, you stole her!" 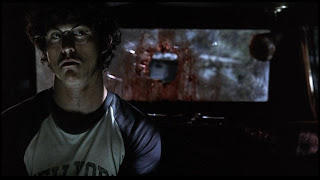 Love it or loathe it, this movie works.  The Texas Chainsaw Massacre remake cost very little and made a killing in the box office and thus garnered in an entire era of garbage.  Did one slick, music video inspired remake merit an entire decade of boring, scene by scene, toneless retellings of stories that were just meant to be camp, amusement park ride to begin with? No, but I'm sure glad it exists. 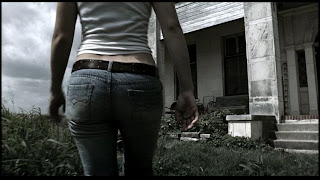 Gus Van Sant proved with Psycho (1998) that you couldn't simply recreate shots and scenes and expect to have the same end product.  Movies have a life of their own.  Unfortunately, no one saw Psycho (1998) and the result is the disappearance of original stories and good, old-fashioned horror fun.  There are, however, always exceptions... 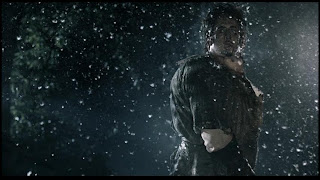 Posted by jeffreygmm at 2:09 PM