Can we gay it up a notch?

"His whole life is a movie!" 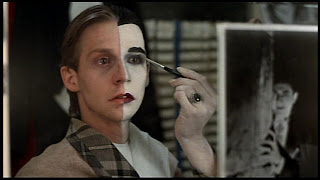 As much as I try to be graceful and understanding, I have a hard time with the gays who can’t deal with being gay. Whether it’s the Disney Channel star who pretends to have girlfriends in other countries or the kid on twitter who fixates on actresses (“I’m saving myself for Heather Langenkamp”), this kind of self-hatred is dark-sided and I don’t like it.

The not-gay gays always end up letting their darkness fester until they’re wearing khakis and voting against their own interests. Hard pass.  It’s tough enough to like ourselves after eight years of George Bush telling the nation that the gays were responsible for 9/11 and an election cycle here in California that put our civil liberties up for a public vote, encouraging people to openly discriminate against their gay neighbors (and which may or may not have ended with me throwing a hot coffee at an Evangelical “ activist” who called me a sodomite).

It’s impossible to rationalize with these not-gay-gays because their whole world-view is a lie.  Imagine hanging out with Paul Lynde and he’s riding big pink and purple elephant and you’re not allowed to give the elephant peanuts!  That doesn't make any sense, it's impossible! That’s what it’s like being around these not-gay gays. No, thank you. It's not for me. This brings us to Fade to Black (1980). 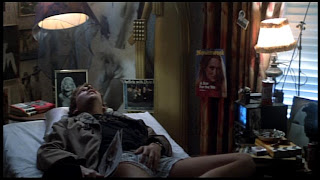 You ever wonder what happens when a boy refuses to participate in the outside world - choosing instead to live in the land of comic books and horror movies and the rent free confines of his elderly parents' house? He becomes a sociopath. That’s what happens.  Fade to Black explores the dark side of being a fanboy with its tale of Eric Binford who lives in Los Angeles with his crippled aunt, Stella.

When Eric meets a lady who looks like Marilyn at a diner, he decides that they're meant to live happily ever after together and reality comes crashing in on him. Marilyn can smell the crazy on him from 6 feet away, the rejection of which causes him to go on a killing spree. Conveniently enough, Eric has a degree in cosmetology and begins dressing up to reenact scenes from his favorite movies, whether the Mummy or Dracula or Jimmy Cagney... the movie kind of ends there. Eric doesn't even physically kill most of them, he just happens to "scare" them to death. He shoots Mickey Rourke for no good reason other than Mickey being more attractive and popular than he is. Rude.  Without any keys to Eric's childhood or him having a clear objective, this whole bloodless affair is pointless. 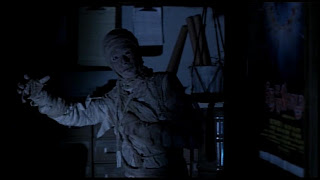 Fade to Black was one of those movies that had such an evocative VHS cover that I felt it must have been really important.  At the end of the day, the movie's poster is better than the movie. A sociopathic loner becomes a serial killer who stages scenes from classic movies sounds great on paper, but it necessarily well executed. It plays like an old movie of the week. Plus, it stars an openly gay actor, Dennis Christopher. When you're a gay kid starved for representation, you can spot that energy a mile off! I can't get mad at a movie with an openly queer actor in the lead role. Talk about versatile!

It bends over backwards in trying to make Eric Binford a sympathetic, heterosexual character - an underdog victim of a culture obsessed with media consumption - and it doesn't work. Aside from a clever finale shot inside the Chinese Theatre in Hollywood, Fade to Black is a pass.

I do think there's an important lesson to be learned here, though: when making a horror movie, don't shy away from the fact that losers are losers and they kill people with no remorse. There's a genuine horror in fandom, in people who obsess over strangers and project onto them all their wants and desires. Whether Britney Spears fanatics or that guy who tried to shoot Reagan for Jodie Foster, this happens in real life and this movie misses the mark of all the genuine terror embedded in its premise. 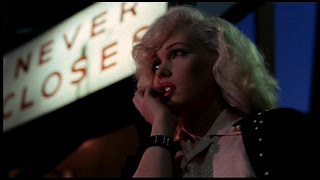 Posted by jeffreygmm at 1:04 PM