"I sat there and watched the blood dry on her face until it was just about the color of your hair." 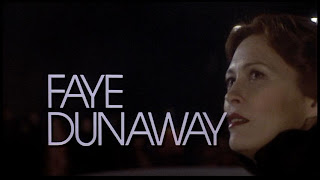 To those who suggest that homosexuality is a choice and not a genetic predetermination, please explain to me why I watched Mommie Dearest every day when I was 8 years old, staring blankly at histrionic scene after histrionic scene for hours on end.

There are some impulses (like making out with boys and watching Faye Dunaway videos on youtube) which we have absolutely no choice but to succumb. These impulses are part of our genetic makeup bag.

Of course, those who think being gay is a choice are the same people who don’t believe in dinosaurs, but let’s not get upset - not today. For today, she is risen.  The Eyes of Laura Mars is gay Easter, a great big basket full of chocolate and marshmallow treats wrapped with a Hermes bow! 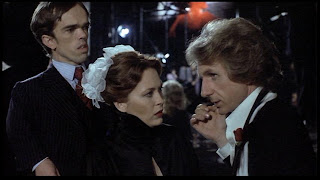 The first shot of The Eyes of Laura Mars is a black and white closeup of Faye Dunaway’s eyes over the refrain of a Barbra Joan Streisand Power-Ballad. This pretty much sets the tone for the proceeding ninety minutes.  The Eyes of Laura Mars is a film where our heroine is put through the ringer without ever actually gets her hands dirty or her hair mussed.  Nicole Kidman would later adopt this genre of thriller as her own, but in the ‘70s, all we had was Faye (especially when Streisand and Jane Fonda already passed).

Faye Dunaway is playing Faye Dunaway as Laura Mars, the most glamorous photographer in the world. So keen is her photographer’s eye that she begins to see gruesome murders happen, psychically. In the 1970s, photography was still controversial. People in the art world weren't ready to embrace the medium and they certainly didn’t want to embrace Laura Mars, who specialized in tableaus of naked women splayed out in gruesome and beautifully shot crimes of passion. Edgy!  So a lot of people wanted Laura dead.

Being the World's Most Important high fashion photographer, Faye is surrounded by homosexuals. Her best friend and confidante is an ascot wearing, feathered hair, stonewall-rock-throwing queen named Donald. Donald is very fond of Laura, going so far as wearing her dresses and heels from time to time - evoking the rare outbreak of internalized homophobia where I find myself wanting the killer to kill the gay.  This is my issue, not his. I can only imagine how stressful it must be to try and be Faye Dunaway's gay friend. All the scheduling and film-loading and grocery shopping and crime-solving is invariably left to her token gay while Faye just emotes and yells his name in random locations. 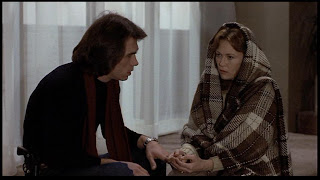 “I’m very serious about my work, by my own standards.” 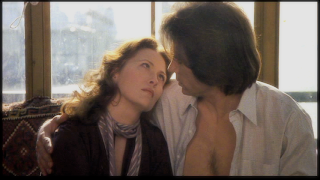 The thing is, if you take away Faye’s delivery and her vanity lighting, The Eyes of Laura Mars is a gritty and effective little thriller. Shot entirely in Manhattan, Raul Julia and Tommy Lee Jones and Brad Dourif completely get lost their roles. There are times, however, when it's clear that Irwin Kirshner (he who hath birthed The Empire Strikes Back)  just had to turn the camera off to end a scene because Faye would otherwise keep going and going, inserting pauses and intense staring and hair flips like the energizer bunny in a silent movie until everyone died of starvation. 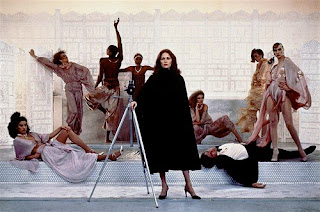 How do you solve a problem like Faye Dunaway? More importantly, why would you want to?  She’s arguably the greatest bad actress of all time. You can’t take your eyes off her! I’m an old school queen who believes that most homophobia is rooted in misogyny.  This isn’t necessarily the time or place to dissect queer identity in relation to the notion of “camp” or why we as gay men often hold actresses interests above our own (spoiler: it has to do with the fact that we lack representation in media and have always had to project our own emotions, wants and desires onto the female protagonist), but I hate to see women get a bad rap.  It happens constantly in Hollywood and I think we can do better. I digress.

Faye never was appreciated as a contemporary to Robert Redford and Warren Beatty, so she kinda snapped.  Fair. But as a result or her having “had it,” we got some of the most over-the-top, queer-identifying films in our canon (specifically: Supergirl, Mommie Dearest and The Eyes of Laura Mars). 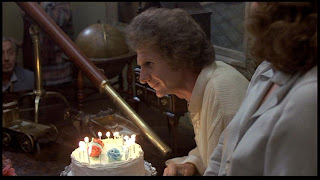 The pedigree of Laura Mars is unrivaled. The film was adapted from a script by John Carpenter, whose film Halloween came out a few months later.  Heard of it? It’s also one of Laura Ziskin’s first credits - she went on to produce the Spider-man films.  And, no film about the ultra-glamorous New York fashion scene would be complete without gowns!  The only thing capable of holding its own opposite the scenery-devouring Ms. Dunaway (who was paid a million dollars for this movie, having just won her Network Oscar) is Theoni Aldredge’s costumes. Furs, plaids, slit skirts, silk scarves, capes, and more furs! It’s a hate-crime that they never made Laura Mars dolls.
Posted by jeffreygmm at 4:18 PM