I wear my sunglasses at night. 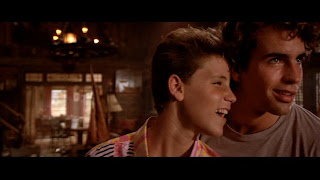 The 1980s was an awesome time to be a gay kid with a single mom. There was positive reinforcement all around us! Dynasty, Pee-Wee’s Playhouse, Facts of Life, jelly bracelets…and, with the advent of cable television and mall culture, no matter where we lived, our chubby little fingers were on the pulse of everything! Amidst all that delicious capitalism, the whipped cream on the Entenmann’s danish of 1980s gay boy culture was the advent of the two Coreys (Feldman and Haim, respectively). 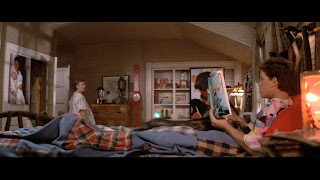 Once upon a time, a white gay named Joel Schumacher was an assistant to the wardrobe people on The Wiz.  That’s a great job.  Anyone who has a Wiz credit on their IMBD page to has me at hello.

Joel Schumacher went on to make a slew of fair-to-middling movies in the years following his work with Miss Ross, but he also made some good ones.

Flatliners is one of the tightest thrillers ever made (I'm a sucker for a good DP). St. Elmo’s Fire, a film indelibly trapped in the year it was made for all time, answered the question “what happened to The Breakfast Club after graduation?” - it also features an extended montage wherein Demi Moore trys to kill herself by leaving the windows open on a cold day.  If that’s not extreme gay behavior, I don’t know what it! I’m even in the minority of people who think that Batman and Robin was an impressionist meditation on excess and a better film than Christopher Nolan's Batman Begins.

With this said, at the height of ‘80s excess, Joel Schumacher made a vampire movie called The Lost Boys. While The Lost Boys is not a gay love story as much as it is about brotherly competition (a bromance), I don’t think I’m off to point out that the main character, Corey Haim, is definitely a ‘mo. 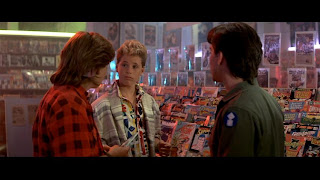 Corey Haim just moved to Santa Carla, California with his recently divorced mother, Academy Award winning character actress Dianne Weist, and his brooding brother, Michael. He spends his days changing outfits, shopping for Rob Lowe midriff posters, and reading comics (much as I like to spend my days).

While most films use a characters’ homosexuality as his tragic flaw, Corey’s otherness keeps him safe and keenly aware of the impending doom around him.  He’s hyper-vigilante. His mother and brother are the ones who are off fucking vampires, leaving Corey to his own devices.

I have a best friend who loses his shit if a girl pays him any interest. He’ll give her his car, his money, anything! The same can be said for Corey’s brother, Michael.  Michael is so completely dickmatized by Jamie Gertz that he finds himself involved with a group of adrenaline-junky vampires led by Kiefer Sutherland (the Julia Roberts years).

Even though all the vampires are boys, there’s really no gay vibe in the Michael storyline (aside from their fabulous outfits and impeccably moussed hair).  Michael's descent into vampirism is a metaphor for a kid getting wrapped up with the wrong crowd to impress a girl and maybe getting in over his head with drugs. Drugs are bad.

In a truly transgressive twist, gay Corey saves the day.  He gets Michael into rehab, saves Dianne Weist from herself, and still makes it to the mall before they close to get one of those "I love to shop" tshirts! 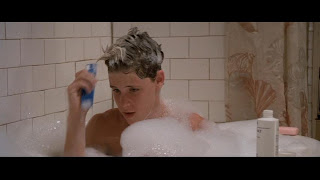 You can tell Joel Schumacher was a designer in his past life because The Lost Boys is stylish as fuck.  It benefits from the MTV age in that it’s super slick (shot by the DP of Taxi Driver) with a soundtrack that aged like a fine Bordeaux.  Everyone from the actors to the set designers was on the same page, tonally, which is elusive. Initially this was meant to be a Richard Donner film but he passed for fear that the finished product would be a Fright Night retread and thank Goddess he did.  Without Joel Schumacher, we wouldn’t have this diamond of a film that manages to be something super specific to its era and really queer.

When I was a little boy, I used to want nothing more than an older brother who was taller than me and who'd take me shopping with his girlfriend and turn out to be a vampire who would lie on top of me at night sometimes.  I’m blaming the The Lost Boys for this.  What a gift. 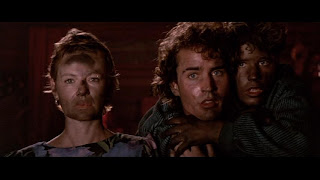 Posted by jeffreygmm at 4:27 PM