The Day of the Locust 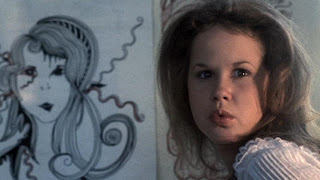 Few things in life imbue me with unadulterated joy that comes from watching a big budget movie that goes completely off the rails. My favorite films are those that are so fantastically off, so absolutely ludicrous, so wrong in every way, so lost in the universe that I have no choice but to love them until the day I die. 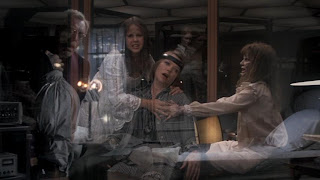 In the years following her possession by the demon, Pazzuzu, Linda Blair has been eating her feelings in a major way. I can relate.  She tries to stay on top of her figure by performing in musical numbers at her private school, but she's fighting a losing battle. Her famous mother, Ellen Burstyn, has left her to live with the nanny, Sharon, in a fabulous Manhattan penthouse.

Ellen feels guilty for abandoning Reagan so she pays for her to see the finest therapist in town, Nurse Ratched. Things are going well. Nurse Ratched works in a state-of-the-art underground facility specializing in autistic and mentally handicapped children (the real evil) where everything is shaped like hexagons and the doors open themselves like the U.S.S. Enterprise NCC-1701D.

Then Richard Burton comes along, drunk on arrival. He’s pretending to be a priest who wants to clear Father Marron’s name.  It looks like saving a girl in Georgetown from a demonic possession that leads to your untimely death has the other priests a little spooked and they're calling Father Marron a heretic. That’s organized religion for you! Richard only speaks in rhetoric and old testament quotes. He even looks directly into the camera from time to time to make sure that we understand just how important all this is. This, my friends, is The Exorcist II: the Heretic! 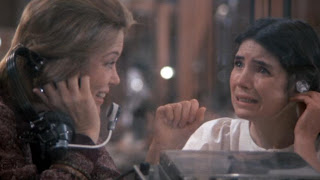 Also, Reagan is magic this time around. She can commune with locusts and she can heal the sick and she’s teaching herself how to fly - but, wait. There’s suddenly another movie happening!

Linda Blair’s movie loses out to a new movie where Richard Burton is in Africa and he’s speaking french, there’s postulating involved and indigenous people are trying to stone him to death and Reagan falls during her big tap number and suddenly Ned Beatty is there and he’s driving a plane… it’s a lot. 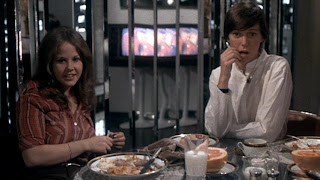 In 1973, The Exorcist defined verisimilitude in horror and showed us just how impactful genre story-telling could be in the modern era. The entire nation lined up to see it.  Can you even imagine having to wait in a line to see a movie? That’s commitment.

After making a huge profit for Warners, the powers-that-be scrambled to get a sequel into production. This was no longer a movie, it was an IP!

While the first film relished in a coherent narrative and naturalistic, emotionally driven performances, The Exorcist II: the Heretic went in a decidedly different direction. John Boorman made Deliverance for Warners in 1972, a small film that was audacious and unexpectedly scary. Why not give him the reigns to The Exorcist sequel (after Kubrick passed)?

On paper it was foolproof: they got Richard Burton and Louise Fletcher for gravitas, Linda Blair was contractually bound to partake and, even though Ellen Burstyn wouldn’t go near it with a ten foot pole, Kitty Winn was available! Then something went terribly wrong. Catwoman wrong. 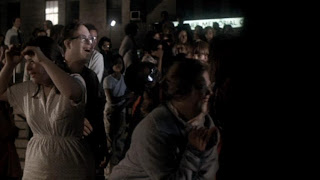 Homeosexuals love an underrated character actress and part of what makes this incoherent mess of a film so much fun is the performance of Kitty Winn. She was thanklessly at Ellen Burstyn’s side as Sharon in The Exorcist, but this time around she is front and center.

Part of what makes this movie so delicious is that Sharon clearly hates Reagan. She ran away and stayed gone for two years, but what happened in the first film was so fucked up that the only time she can relax is when she’s near Reagan. Sis has a case of Stockholm Syndrome. 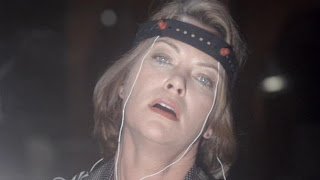 Behind every gesture, there’s a look of pure dread on Kitty’s face – clearly expecting it to all happen again. Apparently no one told Kitty that this wasn't a real movie and she's acting her ass off, she even wears a turban and shows her boobs. Oscar! Sharon has the only character arc to be found in the Exorcist II: the Heretic - it’s tragic, it’s over the top and she relishes every single moment of it! Did I mention the fact that James Earl Jones is dressed like a giant locust? 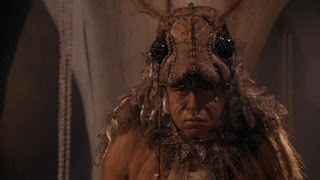 Louise Fletcher went all kinds of method in researching her role as psychotherapist and wound up taking far too many pills. To call her line delivery monotonous wouldn’t do it justice, she’s phoning this movie in from her dining room with her Oscar firmly clutched her the other hand.

In my opinion, the loss of Mercedes McCambridge was the films fatal flaw. Her demon voice is a big part of what made The Exorcist so scary. In The Exorcist II: the Heretic, the demon sounds ridiculous - like when I used to run around the kitchen pretending to be a little girl pretending to be the Wicked Witch of the West while my Nana was making boxed Devil’s Food cake.   Much like that cake, I love it. The Heretic is a camp classic upon which I am bestowing my gay-stamp of approval. If you disagree, get your own stamp at Paper Source - they're usually half off the day after Pride if you get there early enough.
Posted by jeffreygmm at 9:35 AM