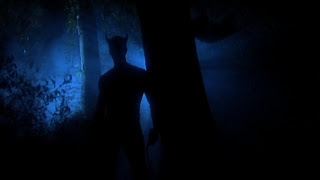 What happens when a generation no longer has to fight for the right to dance in their small town? What happens when we're raised from kindergarten to be well aware of safe sex practices and how we are all free to be you and me? What happens, my dear friends, is the arrival of the "Post-Gay" gay film. These movies no longer ghettoize the gay characters and I can count them on one hand.

Queers no longer have to be a martyr so the heroine can live happily ever after (Single White Female, I'm looking at you!); we are no longer sexually repressed into manic rages and killing sprees. Despite the fact that their numbers are few, their existence should nonetheless be heralded from every bell tower! My favorite of these post-gay gay horror movies is Paul Etheredge's Hellbent. 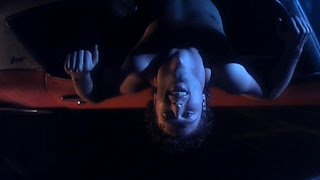 Hellbent opens on a happy couple of bros walking through the mythical West Hollywood forest at night. They're on a date and ready to go all the way in the front seat of a 1970 Chevy Nova full of balloons. Nothing is hotter. Nothing.  Bro #1 leans his head out the window to give bro #2 a better angle. Unbeknownst to bro #1, this is the perfect angle to get his head chopped clear off. You see, there's a killer on the loose and he's hunting gays...in West Hollywood...on Halloween.  This is progress! 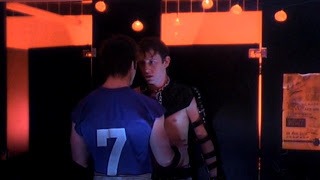 Eddie is a misguided Hot who wants to be a cop for some reason like his dead dad before him but his Sammy Davis Jr. glass-eyeball keeps him tied to a desk job. Like Halloween’s Laurie Strode before him, studious and chaste, Hot Eddie partakes in lollipops in favor of having drinks with the boys and spends his time off papering the neighborhood with flyers warning of a killer on the loose (good thing gays don't read more than a couple paragraphs at a time). But there is a scratch in Eddie's goody-two-shoes veneer: has a taste for bad boys!


He sets his sights on Jake, a piece of rough trade he can't seem to stop running into all over town. Faster than you can say "Scarecrow and Mrs. King," they are out to solve the mystery and do everything in their power to make it out alive so they can finally hook up. 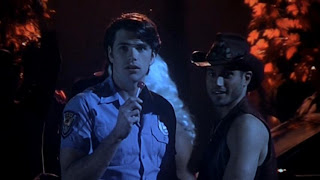 If there was one lesson we all learned from those years of Sex and the City, it's that friends are the family you make for yourself!  As queer people, we are here for one another - even that bitch we hate with the book deal and the fancy apartment you have no clue how he pays for - if he’s in trouble, we’re there.  That’s what we do. That’s why the straights are so scared of us. We have community.


The real heart of Hellbent is found in the dynamic between Eddie and his friends. These boys are a good family. They help each other with their problems (having a crush on a guy who you can never seem to get away from his bitchy queen friends, being chased through the Halloween parade by a homicidal muscle daddy, etc) and they love each other a whole lot. No one is winking at the camera, no one is playing the gay panic, they all just exist.  How crazy that just seeing people exist on camera is a revolutionary act, but here we are.


Like John Carpenter's Halloween, this movie takes time to establish character and context. Hellbent has some great visuals, lots of blood, and more intermittent-fasting-induced abs than you can shake a stick at.

If A Nightmare on Elm Street 2 is the Citizen Kane of gay horror, then Hellbent is definitely the Showgirls.  At least I think that’s so. 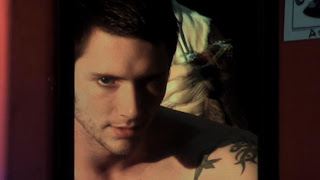 Posted by jeffreygmm at 7:24 AM