The Curious Case of Damien Thorn

"What's the matter, Thorn, don't you like it on your back?" 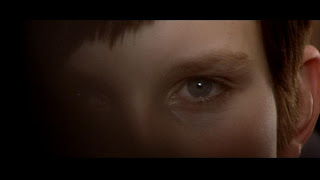 When you are about to get into your town car and someone runs up, harried, insisting that they talk to you this very instant, then chances are pretty good that you may be the legal guardian of the spawn of Satan. 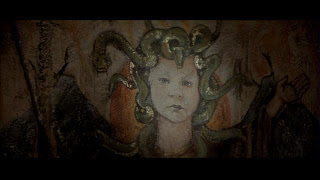 The Omen films(1976-1981) were the precedent for the Final Destination movies: a series of deadly coincidences kill off characters one by one. Rather than pander to the lowest common denominator audience, The Omen franchise was almost too clever for its own good. These films move at a glacial pace, expounding upon the Holy Land and the Book of Revelation. Its protagonists are rich white people shoulder-deep in foreign affairs. Our heroines are delicate, barren women of discernible age, clad entirely in St John, who are the second wives to CEOs and dignitaries. Sign me up! 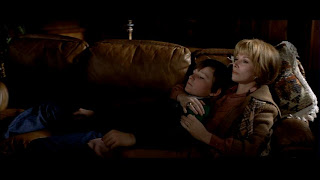 Evil kid movies are hard to pull off without becoming unintentionally comical. Somehow, with Richard Donner directing Gregory Peck, Lee Remick, and a stable of brilliant, English character actors, The Omen successfully managed to be a spooky classic - constantly teetering on the edge of good taste and sensationalism. On the other hand, Damien: Omen II (1978) jumps off the cliff of good taste and nosedives face first into the realm of, you guessed it, queer canon! 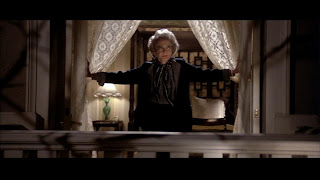 An elderly woman wakes up in bed wearing earrings and a full face of makeup to find a raven perched on her bedpost. She begins wailing, throwing herself dramatically to the ground and playing dead. Nothing, at any point actually touches her. Gay Rights!  An English reporter (clad in red fur and wearing several pounds of someone else's hair) finds her car breaking down in the middle of an abandoned highway. She begins saying things like “Oh dear, oh no.” as she is suddenly pecked alive by wild ravens and crushed by a speeding Mack truck. Damien: Omen II is nothing if not tasteful. 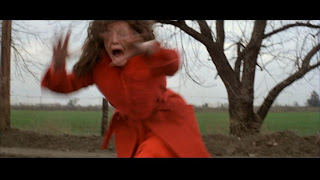 Instead of nesting among foreign league ambassadors, this time around Damien is living in Chicago with his uncle, William Holden (continuing in the long line of Network actors who ran off to do the first horror film they were offered). William Holden is the CEO of Thorn Industries. Thorn Industries has a stronghold in electronics and is branching out into controlling the world’s produce supply as well. This is a conveniently evil corporate backdrop for our story and not-so-subtle metaphor for the real evil behind our dependence on foreign oil.


Life would be a bowl of cherries for Damien if it weren’t for the matter of his cousin, Mark. Mark is heir to the Thorn Empire, not Damien.  Luckily, the son of Satan has many a minion - William Holden’s second in command at Thorn Industries takes a peculiar interest in shepherding Damien from boyhood to full grown Antichrist. There are a lot of pregnant pauses and lingering eyes shared between these two. I’m not saying Damien is gay, but he definitely exerts the powers of evil by giving his enemies a stink-eye that can cause day-players to spontaneously thrash themselves into walls while clutching feverishly at their chests!  I’ve seen that at clubs, it’s a mess. 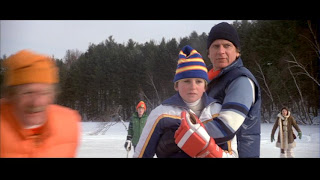 I never want to be the gay who cried wolf, but there is something queer about Damien: Omen II. Could it be Lee Grant as the female lead, doing her best drag queen impression of a loving mother? Is it the presence of Sylvia Sidney as the most irascible house guest since that lady in Titanic who did nothing but complain for hours and hours until she finally died on the boat, leaving strangers to dispose of her stinking remains and cases and trunks of memorabilia (but not the diamond necklace they were looking for)? Does Damien's smudged eyeliner and standard American falsetto work in conjunction to create an overall impression of homo-eroticism? Call me crazy. 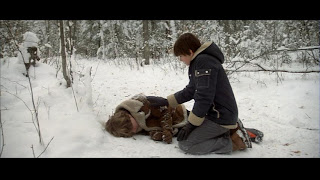 Damien: Omen II is a tricky case to diagnose. For every moment of schlock (Meschach Taylor plummeting to his death in a cardboard elevator set) is countered with something clever (contemporary corporate land ownership as the devil incarnate). Jerry Goldsmith's score is fire and there are scenes at the all boys military academy and in the woods covered in snow that rival anything seen in the first film. Regardless of sexual persuasion, Damien: Omen II is the perfect horror movie to fall asleep to, like a warm blanket on a brisk autumn day.
Posted by jeffreygmm at 2:47 PM