you've got to pick up every stitch

Spider-Man taught me that with great power comes great responsibility and, as a boy-crazy slut, it's my responsibility to point you in the direction of queer horror films that can change your life. So, if you're anything like me, there's a manifesto that demands your attention: 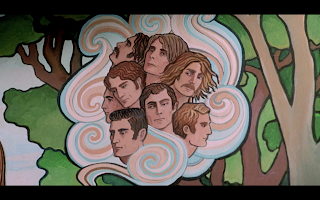 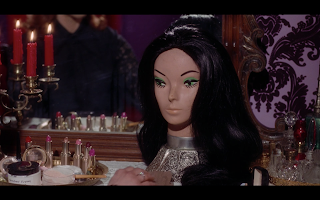 My best friend used to date this messy gay who would get drunk all the time and fight people, let's call her Lance.

Lance was crazy hot though and a true-blue sweetie, so they’re still friends. 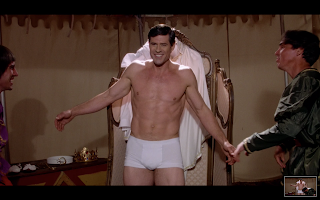 Lance's fatal flaw is that he's absolutely boy crazy, which I respect, but he's also young and gorgeous so he gets away with making a lot of bad choices that normal people could never get away with.

Lance figures that as long as he has a hot boyfriend, he doesn't need to worry about getting a job or moisturizing – hilarity ensues every time. 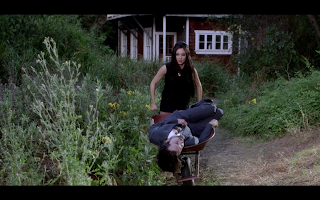 One summer Lance started getting all grey in the face and skinny because his boyfriend at the time was a drug-fiend who got mad at Lance for blowing 4 guys at a house party, but they had already moved in together so Lance had to steal the drug-fiend’s car and throw all his stuff out in the street the night before The Woman's March only to get back together with him three hours later before the keynote speaker had even gone on.

Now I see his ex-boyfriend with boys half his age at King's Road Cafe.

That's what The Love Witch is about. 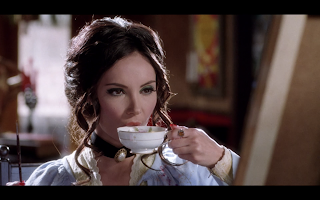 I’m not about to exonerate myself from this narrative.  Lance isn't the only mess when it comes to finding a happily-ever-after.  When I first moved to LA, I went to my college bestie's house.  He had been settled in LA for a minute and, as a result, this was a fancy party in a fancy house and a man there asked for my number and he had a Mercedes and, having come from Boston and New York, I had never been in a man's car before, so I agreed to go out with him.  He had a house without any roommates or anything and I was sure I was ready to settle down for the rest of my life.   Even though the sex was middling and passive, when he didn't call me every two hours, I lost my mind.  Didn't he know we were meant to be together forever? 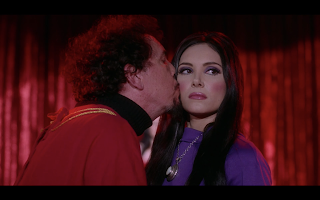 Through a series of heartbreaks, I learned to aim higher as I got older.

At 26, I didn't know then that I hated people who spend money on cars and fancy parties are usually full of people who are compensating for something or another.

Over time, you have to learn to put yourself first.  No good comes from chasing dick. you’ve got to let dick chase you.  But, then again,  I’m not crazy hot like Lance, bless his heart, so I had lots of time for introspection.  It may take him a while to figure this all out.  I really only got here after a boyfriend stole my TV. 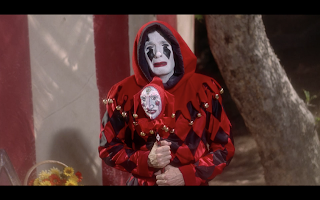 What were we talking about?   Oh!  The Love Witch.   This is a movie about a witch named Elaine.   Like my friend Lance, she's gorgeous and messy.

Elaine's done it all and seen some shit.  She's been a grocery store clerk, she’s worked as a burlesque dancer and she escaped a coven of witches, leaving behind a trail of dead-ex boyfriends in every port.  She also eats cake every single day. My kinda lady.

In her downtime, she finds solace in casting love spells that work all too well.
Everyone needs a hobby. 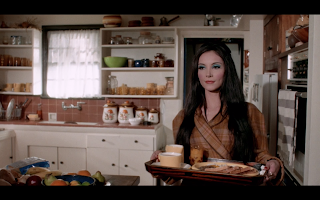 Elaine can't get enough love.  I get it.  The planet is warming faster than a toaster strudel.  International governments are collapsing around us.  Organized religion is a scam.  People and pets are literally dying all around us.  It's much easier to focus on something like procuring a boyfriend and getting him to wear cute outfits and vintage frames from that shop in South Pasadena than it is to plan for the impending apocalypse.  I don't even know where you get fresh drinking water.  A stream?  And we're not supposed to use plastic anymore, so what do we put the water in when we get to the stream?  Do we just carry around tupperware bowls?  Please tell me. 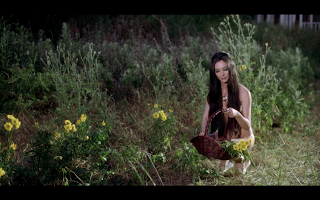 Elaine is retro-feminist.  She falls for all the trappings of trapping a man.  It's her fetish.  She wears fancy underwear and layers her lashes, she wakes up early to douche and prepare a four course breakfast so it's waiting for when he gets up.  The gag is, we do these things and it still doesn't make a difference.  You can't make someone like you and, even in the odd instance when you do, it's not smart.

Just ask anyone who's broken up and then got back together with an ex.  It doesn't work.  So much of the chase is about ego - wanting to be right, loved, not left.  If you do the work (aka: take some time for yourself) you'll see you don't need anything from anybody you can't get from yourself.  If Elaine wasn't boy-crazy, she could have channeled that energy into so much.  She could have helped a lot of people - including herself.

But self-actualization doesn't make a good horror movie, so Elaine makes all the wrong choices and lots of people die.  Good for her. 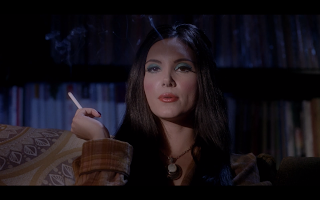 As you get older, hopefully, you can leave behind the spells cast by old loves.  Take the lessons you learned from relationships and apply them to your day to day encounters in hopes that every year becomes a better version of last year - with or without a man.

Don't stalk boys on social, who cares if they're on vacation in Prague or working at a coffee shop in Seattle.  That isn't gonna help you get a better job or learn how to make vegan kugel.

Life is evolution.  Things do happen for a reason - even a stolen television. 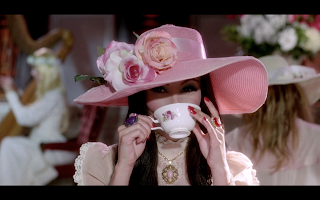 (But just in case you want a little help along the journey, the House of Intuition here in LA has amazing manifestation candles.)
Posted by jeffreygmm at 1:04 PM

Labels: 2016, bad at love, loving you is easy cause you're beautiful, the love witch, witches