The Mayor of Elm Street: The Life and Times of Mark Patton

"I liked to spy on Madonna and I liked to go to dinners at Merv Griffin's house."

Outfest in Los Angeles is always a mixed bag.  By that, I mean I hate it.  It's a schlep from Santa Monica.  The people border on pretentious and I hate pretension.  I don't like crowds. I don't like running into ex-boyfriends.  I don't like feeling like I'm being sized up... I could go on.  However, this year Outfest was worth the effort because they programmed a documentary that was made just for us: 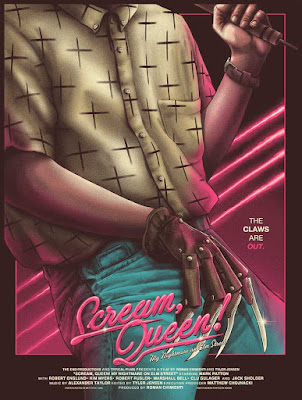 Scream, Queen! is a documentary about Mark Patton, America’s sweetheart and final boy from A Nightmare on Elm Street Part 2: Freddy’s Revenge (the only movie poster gay enough to adorn my bathroom wall).

For those of you who don't know all about A Nightmare on Elm Street Part 2: Freddy's Revenge, I forgive you (but catch up).


Freddy's Revenge is a gay movie about a gay boy in high school who is coming to terms with the fact that he's gay and, as he gets a handle on all that being gay entails, he manifests Freddy Krueger from his basement to vanquish his enemies.

An external manifestation of his internal psychosis, when the going gets tough, there’s Freddy - whether that's in gym class or when he’s trying to have a sleepover with his hot best friend and not get wood or when he's with his gorgeous girlfriend and she wants to have sex with him and he can't get wood or when he go to a neighborhood kegger and finally realizes that straight people are mostly trash and deserve to be murdered.  Freddy's always there.  I think this is a sweet story about how it’s good to let your inner demon run wild sometimes. 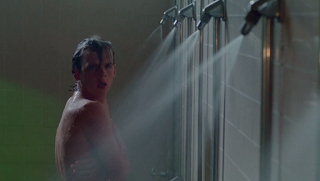 This super-gay movie exists, and people pretended it wasn’t a gay movie and then they started making fun of it for being a gay movie and now it’s revered as one of our great queer films and studied in colleges.


When I started this blog ten years ago, it came out of a place of anger. 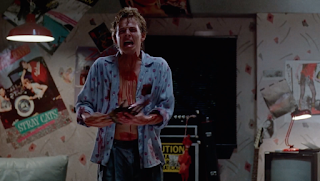 I was angry about the way people talked about gays in horror.  I was angry about having to fight for a seat at the table of something that I loved my whole life when other folks were welcomed in just for wearing a black t-shirt.

It made me crazy when people would laugh at me when I suggested horror films had queer subtext.

Interview with a Vampire is a film about two men who adopt a daughter.
Fright Night is a movie about 2 queer kids negotiating their relationship with a doofy straight kid who becomes obsessed with his gay vampire neighbors because he doesn't know how to negotiate his own sexuality.  Facts are facts, America! 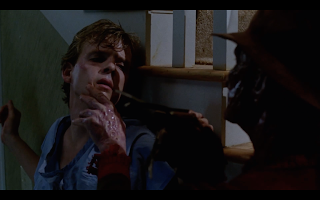 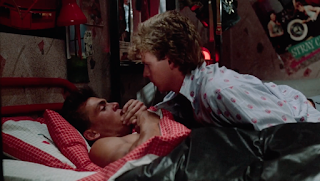 Gay people were seldom acknowledged in horror and when we were, it was as a punchline or used as part of a morality parable on how, by make bad choices (ie: being gay), we deserve to die.

The villain in the Lauren Bacall epic musical-horror-fantasia, The Fan, sets a guy on fire for giving him a blow job.  Cruising opens with a gay man stabbed to death for having gay sex (complete with a "dilated anus").

The audience is meant to root against the queers.  We get what we have coming to us.  Elm Street 2 dared to be different.

Freddy's Revenge dared to have a queer kid front and center and, as a result of the way people responded to that queer kid, he had to leave Hollywood altogether.  That's deeply fucked and the system that allowed that to happen is exactly the same all these years later. 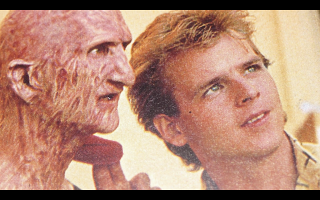 The older I get, the more respect I have for boys who can't pass.  Mark Patton doesn't pass.  He reads as queer in Freddy's Revenge and that's gorgeous.  But, much like Elizabeth Berkley after Showgirls, he took a bullet.  Everyone who made the film continued to work, but not Mark - because he was gay.  The powers that be blamed him for any of the shortcomings of the film and he stopped booking roles and moved to Mexico. 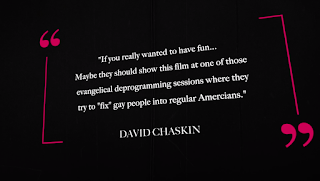 I wish things had changed in the past 35 years, but nothing has.  If anything, it's worse.  The same straight bros are in charge.  Hacks are still given the keys to franchise films.  The common thread underneath everything is still homophobia and misogyny and that all comes up in this documentary. 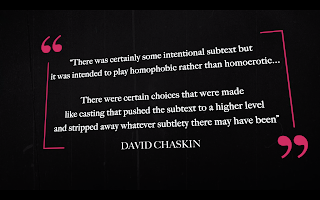 Watching Scream Queen!, I became angry all over again.  I was angry that the director and writer of Freddy’s Revenge refused to acknowledge the queerness of their movie.  Only when it became cult and popular - only when the rumblings of queer horror fandom presented themselves in mainstream outlets like Buzzfeed and at ComicCon did they start to take credit for the film.
Mark was left behind.

Scream, Queen! is a very good.  I wasn't expecting an Outfest movie to draw up so many emotions.  I wasn't expecting this film to be so layered and mature.  It doesn’t shy away from presenting Mark Patton as a complicated and messy figure.  As a result, it only makes him all the more admirable.  A true activist. 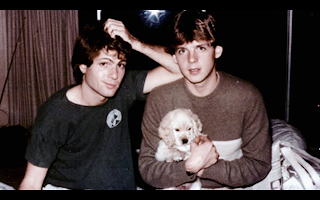 Mark Patton, like Jesse, is a survivor of a lost generation.  I'm forty this year.  The entire generation of queer men that came before me, of which Mark is a part of, is dead and they died of AIDS.  That's a horror and a tragedy that no one can make sense of and it still resonates.   My generation had no mentors.  We had no one there to show us how to get older - how to end a shitty relationship or remain friends with an ex or how bad exfoliating scrubs actually are for our faces.  But Mark is still here.  He's still fighting and his story is far from over.

"I take the bricks that people throw at me and I make a firm foundation." -Mark Patton 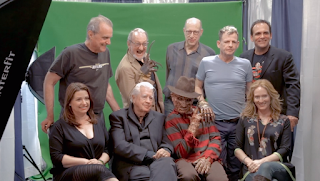 I went to this film with no expectations and wound up an emotional mess by the end.  It hits hard.

I didn't realize how much baggage we all carry around.  I wasn't expecting to see the director and screenwriter of Freddy's Revenge actively gaslighting Mark, thirty-five years later.  The casual homophobia in those moments is something I grapple with every single day in my job (working for a TV network) and I wasn't prepared for how viscerally I would react to seeing Mark Patton, someone I grew up admiring, put in that situation. 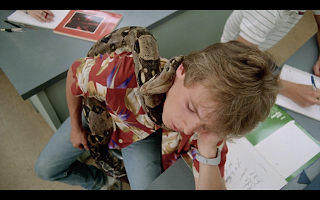 This movie made me angry all over again, but it also made me hopeful for the future because there's strength in our solidarity as horror queers.  I never realized how being queer horror fans binds us all (you and me and Mark Patton).  This movie is about community and, even at my age and being the jaded queen, I am, I've never felt more seen or heard or represented.

Ten years ago, gay horror fans weren't a thing as far as Fangoria and Blumhouse were concerned, but thanks to folks like Brian Juergens and his Campblood.org and John&Lance at Kindertrauma.com and present day icons like Michael Varrati and his Dead for Filth podcast,  we're not in the shadows anymore.

This movie made me feel like the last ten years have all been worth it.
We're not alone.  We're not crazy. 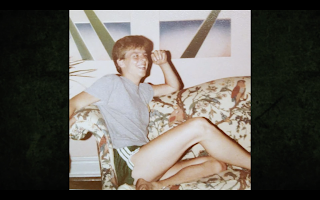 FaggotyAss Shout-out to Robert Rusler who has an absolutely electric moment in the documentary as he comes to Mark Patton's defense when the shady director, once again, pretends he had no idea the movie was gay.  As if Vamp weren't enough!?  Talk about an ally.
Your grapefruit basket is in the mail, Robert.

Secondary Shout-Out to Mark Patton bringing his purse out on stage with him for the Nightmare 2 reunion like Aretha Franklin.  Icon.
Posted by jeffreygmm at 9:47 AM