so that's how it is

Apparently I'm the only gay who loved the new Predator movie where Jacob Tremblay joins the ranks of Sanaa Lathan as the second person ever in human history to be accepted among Predator Society.

Apparently I'm the only gay who is old enough to remember that Olivia Munn is a living, sexting LEGEND who deserves our respect and adoration and financial support at every turn - especially when she plays a scientist who runs and jumps and shoots stun guns and falls off buses and exists without a romantic interest. 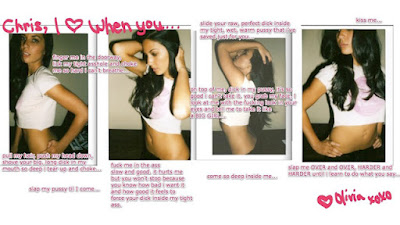 Apparently I'm the only gay who appreciates watching the hot mustache guy from Narcos who isn't Dixie Carter's son struggling to maintain his lean muscle-mass despite the fact that he likes to drink and the people at the craft services table are nice to him and Trevante Rhodes was good in Moonlight and he's genetically perfect so he can drink and eat all he wants and that's not fair, but here we are anyway.

The lead-up to this movie was, justifiably, a horror show.  But I have AMC Stubs A-List and they have one of those machines there with the fancy Coke Zeros, so I guess this is the kind of person I've become.   But hey, it's not often that we get a big-budget franchise horror spectacle set at Halloween (except, you know, the new Halloween movie where Laurie Strode has a Ben Franklin wig and is a gun nut for some reason, but it's a whole month away still and we could be dead by then). 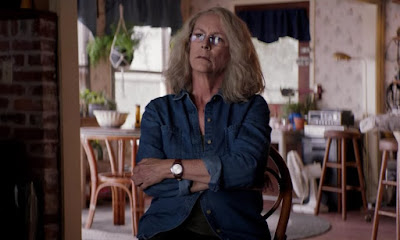 The Predator is a mess.  Characters appear and disappear from scenes.  Action scenes are muddled and confusing and they barely take advantage of the "Halloween" of it all, but I still liked it. 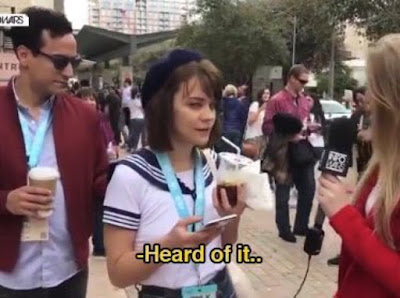 Posted by jeffreygmm at 9:31 AM