Now that we're back in business, it's time to reinstate everyone's favorite recurring feature... 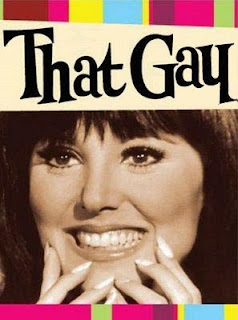 "That Gay" is where we pay tribute to the out and about legends who came before us.  These are men who were openly gay and thriving during the slasher movie boom.  I would be remiss not to discuss the poster boy of hot queers, Tom McBride. 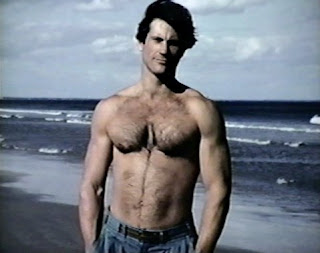 We all know Tom McBride as the hot in the wheelchair from Friday the 13th Part 2, and that's honestly enough.  He's great in that movie.  He's shockingly handsome and his death scene is still gnarly as hell.  If that were Tom's sole accomplishment, we'd still talk about him at our weekly mimosa brunches, but that's not Tom's sole accomplishment.  At the height of the AIDS crisis, Tom filmed a documentary that chronicled his struggles called Life and Death on the A-List (below) that acts as a fascinating snapshot of early-90s New York gay life.  The documentary is leap years ahead of its time, dealing directly with body-shaming among the Chelsea set, femme-phobia, sex addiction and narcissism among tops - all issues that are still prevalent among gay men.  Throughout these conversations, we see Tom progressively falling more and more ill, preparing his things and himself for the inevitable.  Tom McBride should be studied in our history books.

Posted by jeffreygmm at 8:59 AM