it's not easy being green 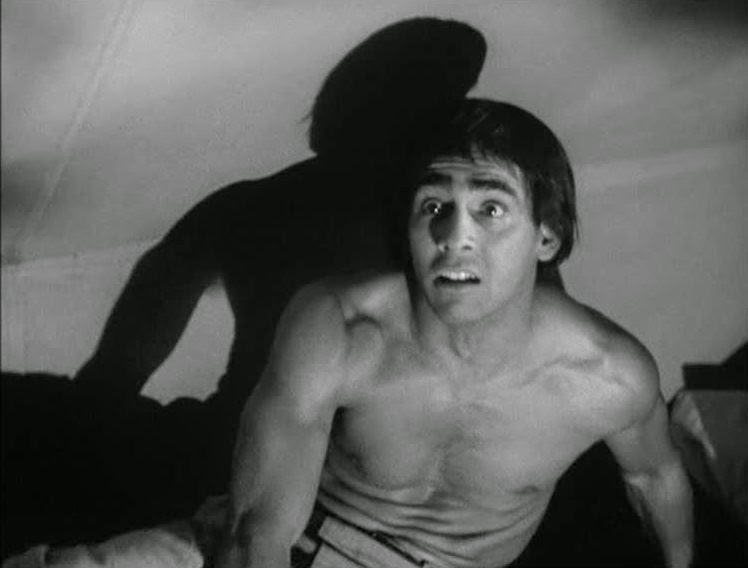 Trying to find a chic, late-summer hotspot is nothing new.  Take David and Mark.  David and Mark were a gay couple determined to save their crumbling relationship by taking a holiday, so they rallied some friends and a drag queen named Kay and they set sail for Brazil. 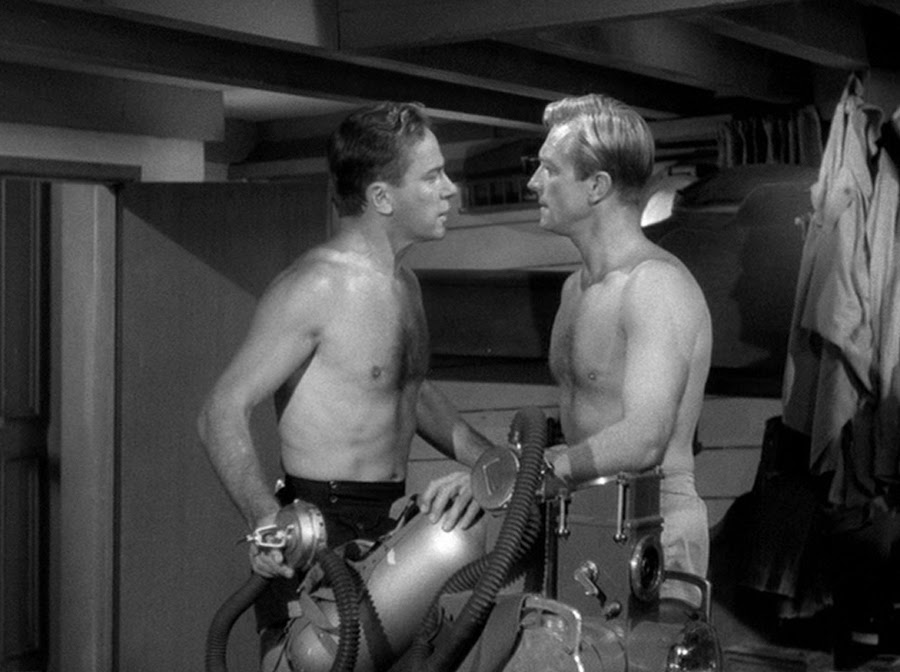 If any of you have been on a booze cruise with a gaggle of gays, then I don't have to tell you that it can be a recipe for disaster!  There's nothing messier than five drunk queens trapped on a boat, lashing out in every direction with no place to go.  For once, I'm not talking about The Boys in the Band, this is the story behind this week's FaggotyAss Summer Movie Club movie, The Creature from the Black Lagoon. 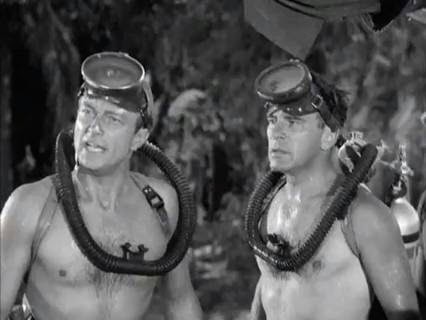 David and Mark had one of those couple dynamics that I just can't get behind.  Mark has all the money and thinks it exonerates him from bad behavior.  He always expected David to be at his beck and call and no one is ever allowed to question him.  I have a friend like this.  He married into MONEY but now he's not allowed to hang out with anyone and spends his days folding laundry and eating berries alone in their mansion. 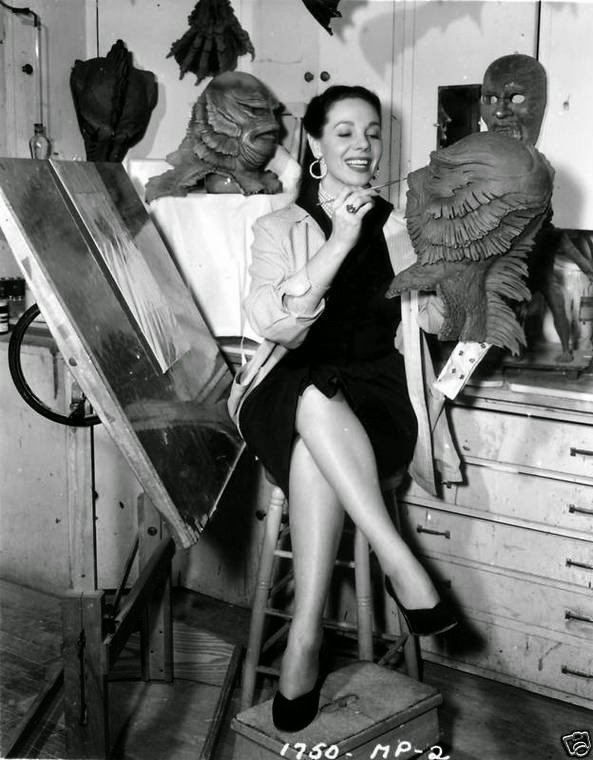 "I've always found Kay was able to take care of herself." 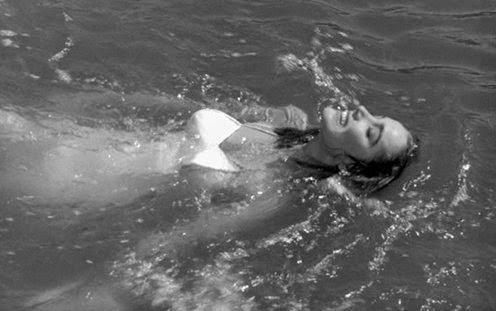 Despite minimal resources, Kay's a regular Natalie Wood - doing water ballet in a dirty lagoon like a Vegas showgirl while the boys do God knows what behind locked cabin doors.  Her Joan Crawford eyebrows - her sensible flats to offset her high ponytail - she's nothing is not resourceful (even if she always has stains on her blouse).  Through rough waters and bickering queers, she is always serving soubrette fish on a platter.  Kay deserves our respect for holding it together as best as she could, even with all that messy machismo onboard. 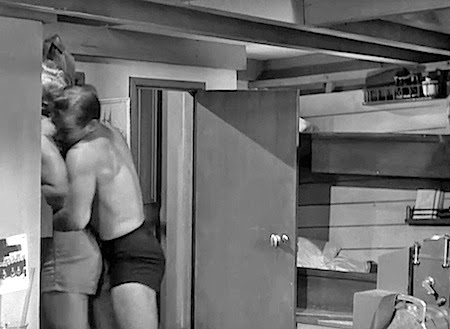 I'll tell you one thing: her hard work does not go unnoticed by the local Creature from the Black Lagoon.  He goes out of his way to make nice to Ms Kay, but once David and Mark get wind of this, all Hell breaks loose.  Gays are so weird about drag queens.  And you wonder why Brazilians hate tourists! 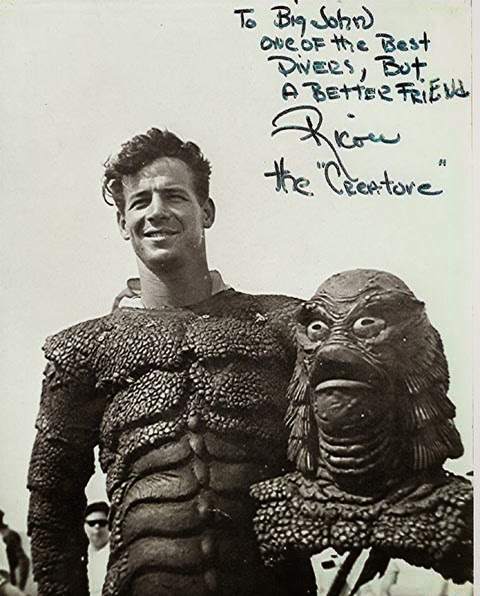 Once upon a time, when I didn't know that I wouldn't always be working in the lap of luxury that is basic cable, I spent my entire tax refund on a 3D television.  It's big.  It's beautiful.  It takes up an entire room.  You see, I had that Universal Monsters box set and the 3D Creature from the Black Lagoon blu ray was just taunting me.  When Panasonic announced that they were no longer making commercial grade Plasma TVs, I had no choice. 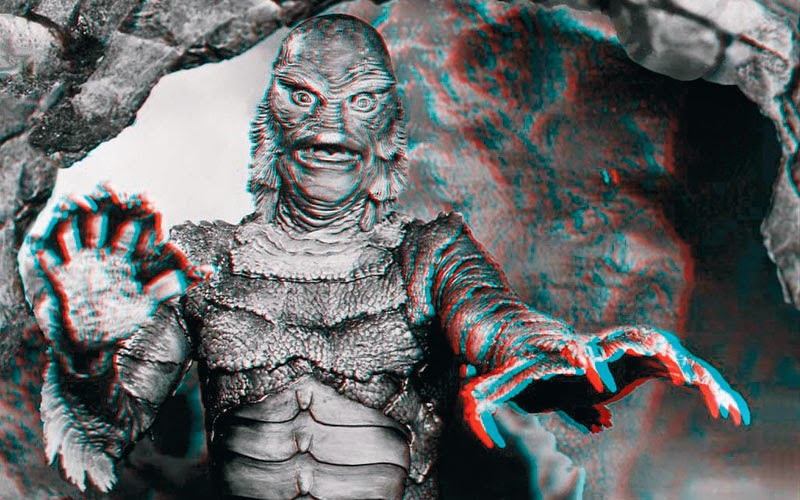 Go ahead and come for me, Suze Orman.  I regret nothing!  My Creature from the Black Lagoon 3D blu ray is gorgeous.  The perfect antidote to a miserable summer day.
Posted by jeffreygmm at 12:09 PM