has anyone seen my flux capacitor?

Ryan over at Shock Til You Drop did a nifty list of horror movies from the 90s and it sent me into a deep reverie in the manner of a Tennessee Williams heroine. 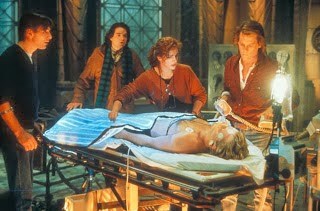 The world around me faded and was replaced by crystalline memories of walking to parochial school, still thinking about last night's episode of Parker Lewis Can't Lose.   On special days, I'd get a tuna sandwich from The Yellow Sub, the good kind with the chunks of dill pickles on the top, and try to avoid getting beat up and/or called faggot until it was time to go home and I could watch my stories. 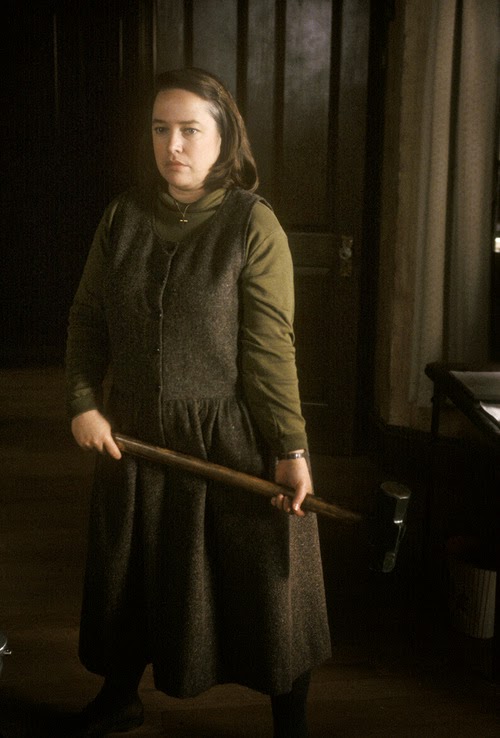 Reading Fangoria magazines in the local bookstore, this era was the apex of my horror fandom.  It was a time when everything was possible and all my dreams were real.  Ironically, much like today, the 90s was a period of horror backlash. Coming off the glut of 80s slashers, audiences would become far more interested in Sharon Stone's sexcapades than a return to Camp Crystal Lake.  So, while everyone is away at Sundance, let's take a moment to throw is back. 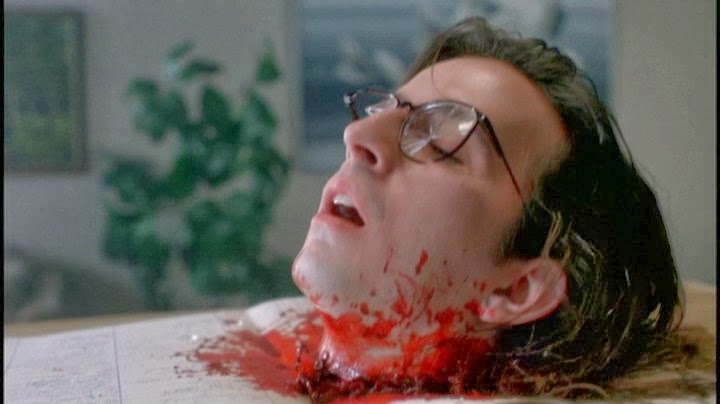 1990 came hard.  Don't believe me?  Watch this movie.  The Exorcist III petrified me, quite literally. If it came on television, I'd be rendered motionless, for fear that movement would draw the spirits and some monstrous, possessed elderly woman wielding gardening equipment would spring out of the hall closet, covered in mom's sheets from last year.  One night The Exorcist III came on and I had to call Vanessa to come over and turn it off for me while I covered my head with the pillow.  It holds up. 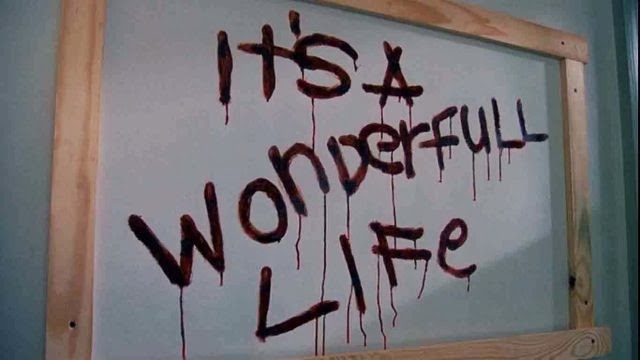 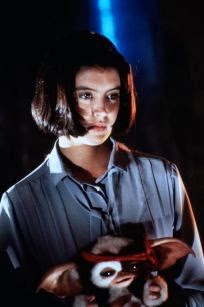 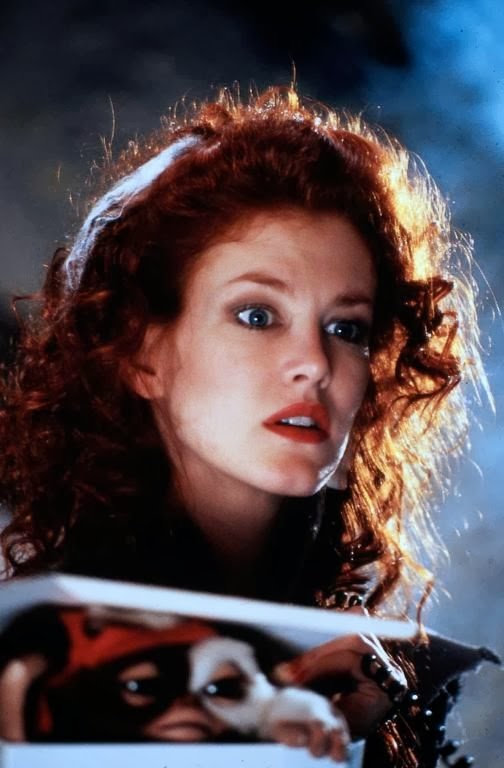 Phoebe Cates got a bob for the Gremlins sequel!  To 12 year old Jeffrey, this was the epitome of chic.  I also have a soft-spot for horror movies set in high-rises.   They had Gremlins 2 merchandise in the supermarket, coloring books and those magic erase boards with the plastic stylus - I was deep in it.  High-concept, phantasmagoric, this movie was clearly left alone by the studio and, as a result, Marla Bloodstone will live forever in homosexual lexicon. 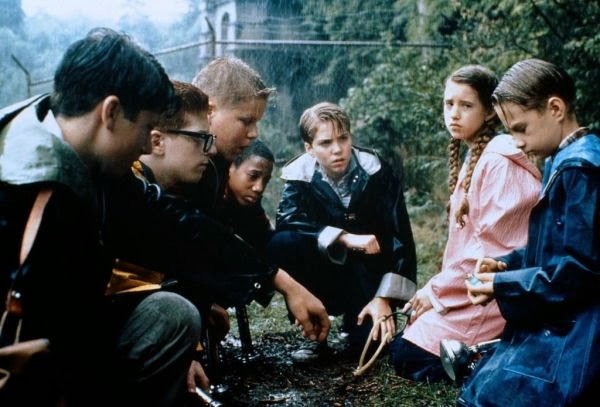 Anyone who's met me knows that all I ever want to talk about is the fact that, a few years back, Warner Bros hired Cary Fukanaga to remake It as a big-budget, two-picture, R-rated tentpole.  This happened!  It will surely never see the light of day, but it happened on paper.  This is the world I want to live in.  The 1990 It mini-series predates The Walking Dead and all the glorious horror entertainments on television that we now take for granted.  Tim Curry is spectacular and there are a few genuinely subversive moments despite the fact that the project had to be approved by many network censors.  Between It and Twin Peaks, 1990 was a banner year for horror on TV.  If you haven't read the book It is based on, you must.  It is far and away my favorite Stephen King book. Gang bangs, monsters, homeless queer mashers, children holding one another and weeping - what's not to love? 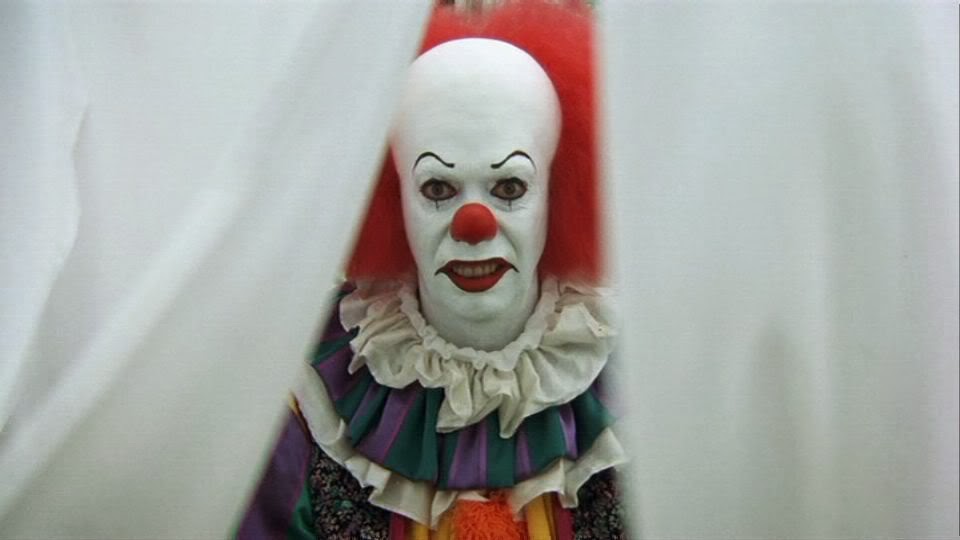 Honorable mention goes to the Tom Savini directed Night of the Living Dead remake, not because it's particularly remarkable (though Molly Shannon is fantastic in it), but because they played a teaser trailer for T2 beforehand and it's all that mattered at recess that fall.


I'll be back tomorrow to talk about 1991 - the year momma pulled me out of Catholic school because I was being bullied and had managed to gain 20 pounds from all the tuna sandwiches.
Posted by jeffreygmm at 4:38 PM