Hi dolls.  I'm a day late and a dollar short in my Under the Dome recap this week.  Sorry.  It's just that watching that last episode made me unbearably anxious.  As someone who loves television, there's nothing worse than bad television.  Under the Dome is bad.  Everything about it is bad.  The show is poorly plotted, terribly lit and inconsistently shot.  Every actor is giving a hackneyed performance with no regard for tone or ensemble or consistent stakes.  I could go on, but I don't want to.  Despite the Bougie Contrarian that lives inside everyone who has a "blog," I like being positive.  I love to like things - Just ask Joe Seely! 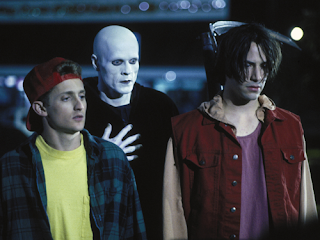 So, while I could spend an hour coming up with catty things to say about Ginger Dursley and her dead husband, Nicky Arnstein's gambling problem, I would much rather take this opportunity NOT to discuss Under the Dome and, instead, explore some of the fantastic developments in "queer cinema" over the past couple years.  Strap yourself in, we're going off genre. 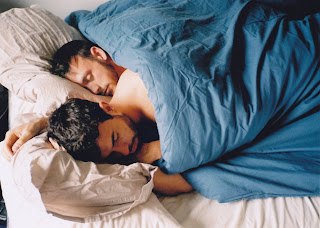 Andrew Haigh made a romance for the ages. Weekend deals with the complexities of two men trying to overcome their own baggage and make a genuine connection.  This movie was way ahead when it came out in 2011, influencing everything from Rihanna music videos to Lena Dunham's Girls.  Criterion even released their own edition of the film last year.  Andrew Haigh is directing and producing a new series for HBO about a group of gay besties living and loving in San Francisco.  If it's anything at all like Weekend, it looks like we all have something to look forward to this winter! 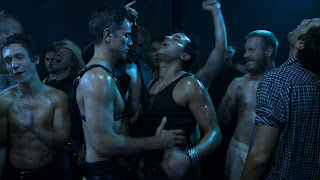 Travis is the queer iconoclast who was hand-picked by performance artist James Franco to guide him into the gay consciousness.  Franco and Mathews collaborated on Interior: Leather Bar which pretended to recreate the mythical missing forty minutes excised from Cruising in order to explore how we deal with male sexuality and objectification, etc etc.  I'm much more interested in Travis' first feature, I Want Your Love. 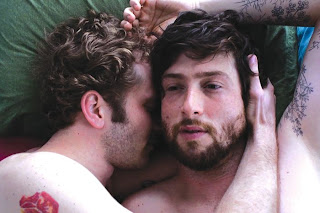 I Want Your Love is based on Mathew's short film where two hipsters talk for a bit and then have graphic sex and kiss.  The feature version tracks an aimless twenty-something artist whose life plan isn't coming together the way he imagined.  We follow him through his last day in San Francisco before moving back to the mid-west with his parents.  Yes, the actors have real, on-camera sex but this movie isn't a porn.  I Want Your Love shows us something much more terrifying to the Million Mom brigade than sodomy - emotional intimacy.  Shocking!  This movie captures the transition from ennui to productivity, from just fucking around to actually wanting something more (or not).  I Want Your Love is great.

Like Miss Vanessa Williams (second reference this week - point to Gryffindor!!!), I went and saved the best for last.  Adam Goldman's The Outs is perfect.  It's a perfect thing.  To call it a web-series is too limiting.  The Outs is aspirational.  Goldman proves that we can create the art we deserve.  Gay stories don't have to be about Coming-Out or about AIDS or about being shirtless whores with lemon faces(dotcom).   The Outs is about learning to love yourself enough to accept reciprocity. When my long-term relationship ended last winter, I watched this show repeatedly, as if I was trying to absorb it so I could somehow manifest a happily ever after of my own.  It worked.  That's the power of good art - in it we can see reflections of ourselves and our potential.  I cherish this series. More thoughtful than anything you'll ever find on Logo and better produced than most features, The Outs is the future.

The next time you find yourself disheartened by lackluster, late-summer entertainment, know that there are alternatives (and we only have five more weeks until Glee is back up and running).
Posted by jeffreygmm at 1:39 PM