Neil Jordan is always ahead.  He made The Company of Wolves years before everyone was making knockoff fairy tale reboots.  He made the first Oscar movie about a Trans and he made the first (and, to date, only) big budget blockbuster about two gays raising a child through the dissolution of their marriage.  Twenty years after Interview with the Vampire, he has returned to the source with Byzantium.  What’s the final frontier this time?  You guessed it – Feminism. 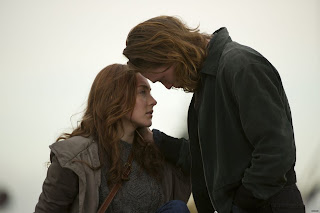 Byzantium posits (correctly) that girls are the new gays.  Equality is the final frontier.  This is a world where female vampires are forbidden to create and Gemma Arterton and Saoirse Ronan are being hunted for the simple fact that they're strong, independent women.  Fascinating!  Not since Beaches have I seen an exploration of two women involved in such a complicated and sensitive companionship.  Codependent?  Maybe.  Aren't all great loves codependent?  Making your way in the world today takes everything you've got. 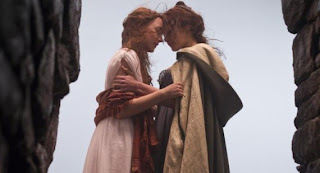 By design, it's not hard to see Byzantium as a companion piece to Interview with the Vampire.  This is the movie that recasts Louis and Claudia to explore what happens to old souls when they try and adapt to the world today.  What does it mean for a vampire to love?  Can anyone make the choice to be compassionate and tender despite the constant nagging of an overriding, preternatural blood lust?  This movie is full of poetic philosophy juxtaposed with some gruesome gore. 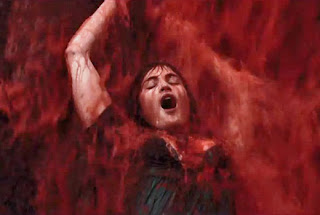 Byzantium is hypnotic.  Beautiful throughout, this movie lulls you into a trance, building to a powerful and complex climax that made me want to watch it all over again.   I have no idea why Gemma Arterton isn't a huge star.  There’s a moment in the third act where she claws onto the proceedings at hand, straps them on her back and walks away with the movie with animal ferocity.  Color me impressed.
Posted by jeffreygmm at 1:20 PM