How to Survive a Plague

I know my deafening silence after Prometheus must have had some of you combing the obituaries.  Rest assured, dolls - I am not, in fact, dead.  Better still, I finally found something worth talking about! 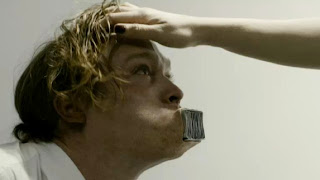 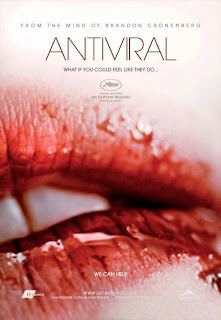 I'm obsessed.  I'm giddy.  I'm not even drunk.  Antiviral is a film that's full of needle-sharp commentary on our ever-snowballing obsession with celebrity (Lohan/Bynes death race!) and health care reform.  More importantly, this film aesthetically GORGEOUS.  The austere proceedings are capped off by an old-Hollywood performance from Caleb Landry Jones who looks absolutely stunning throughout.  I’m talking true beauty. 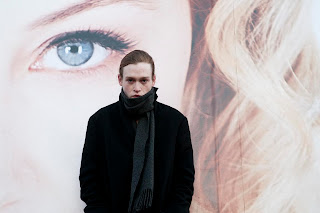 Being David Cronenberg's son, I'm sure Brandon must be sick to death of the comparisons so I'm going to make another: at it's best, this movie belongs on the shelf right next to Shivers and Dead Ringers.  Go see it.  Tell your friends.  See it again.  If a movie like Antiviral is successful, people will be empowered to make more movies like Antiviral and then people named Jeffrey would maybe have to start writing more than once every two years.