do you really want to hurt me?

In case you dolls haven't noticed, strange things are afoot in movietown.  A painful transition is afoot in which perfectly lovely movies are left rotting on the shelf while soul-crushing dreck winds up with at least three trailers and an international distribution.  Major studios don't seem to understand that we're perfectly content to stay home and watch movies streaming on our monster-Black-Friday-purchased-on-credit-flat-screen TVs rather than shelling out nineteen dollars to see a Jack Black fart his way through a remake we never asked for.  Something's gotta give. 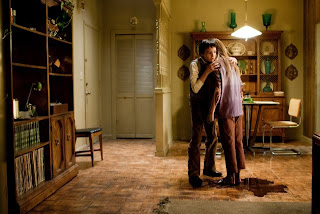 There are too many chefs in the kitchen and no one's buying the soup.  If no one buys the soup, the restaurants close down.  This happened to a company called Overture.  Overture made a charming and uncompromising little adaptation of a critically acclaimed foreign horror film.  By the time the movie was done, they money was gone and Overture no longer had the ability to get the film distributed. 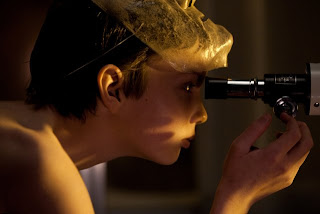 This movie was not lowest common denominator.  That's scary for a studio whose livelihood depends upon an opening weekend.  So, rather than spend money to make people aware of the film, Relativity dumped it.  Let Me In was released in a handful of theatres opposite The Social Network and Wall Street 2 (both major studio releases costing upwards of 100 million to make/sell to the public), and so it tanked.  It was gone two weeks later.

Luckily, my memory is long. Studio politics aside, our first nomination in this year's FaggotyAssAwards is Matt Reeve's Let Me In. 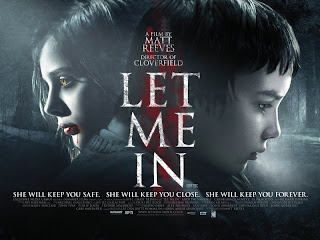 Whether you fall in love with a boy or a girl or a vampire, first love bites and its sting can stay with you for the rest of your life.  Let Me In captures that moment quite well.  Thoughtful, nuanced, and full of sequences that are sure to stick with you long after everyone's forgotten all about Wall Street 2,   Let Me In is a film worthy of our adoration and respect.  In the same manner that House of the Devil took the world by storm last year, I'm sure that this movie will have a long and happy life on home video.
Posted by jeffreygmm at 12:45 PM

Labels: chloe grace moretz, for your consideration, gay award shows, let me in