if i could turn back time... 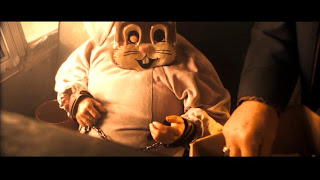 Living and working in Los Angeles, it's easy to get lost in the cavalier negativity and hearsay pervading the industry.  Everybody thinks they know the inside track, despite the fact that the rules are changing from day to day.  I stay out of it.  I'd much rather eat sheet cake in bed with my boyfriend than network at a pool party with the a-gays and their gay-for-pay boyfriends. 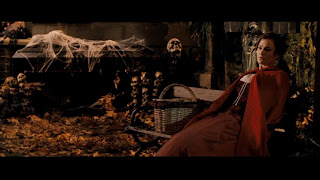 The fact of the matter is, unless you're a $300 million dollar comic book franchise remake or a romantic comedy starring Kate Hudson (or a minstrel show), your movie is never going to see the light of major theatrical distribution. With ticket prices soaring upwards of $20 and 3D-conversion guaranteeing a miserable theatre-going experience, netflix and on-demand services are the new distribution model.  The days of being marked a pariah for having your film go "Direct to DVD" are long gone. 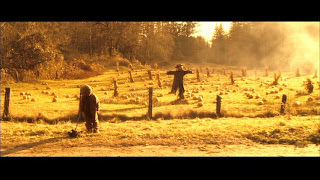 Caught in the eye of this tornado was a movie made for Warner Bros in 2007.  This movie had no stars attached, no gratuitous sex scenes, and it was a dark comedy (an anathema to studio executives), so the film was secretly shopped around to other studios for distribution.  When this happens, for whatever reason, it puts a stink on a project where, regardless of the actually film being interesting or competently made, people automatically assume it's terrible.  Websites start publishing editorials, agents assume the hearsay is fact, the filmmakers stop getting meetings and the films winds up on the shelf, indefinitely. 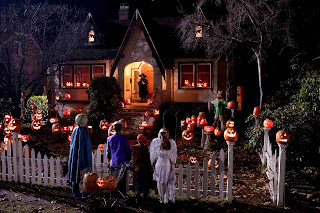 By the time Trick 'r Treat was released in 2009, whether due to the word of mouth or to my inherent loathing of Leslie Bibb (and maybe because I felt slighted for never having been invited to one of Mike Dougherty's Halloween parties), I disregarded the movie entirely.  When my work buddy went to the "premiere" at Screamfest, I openly mocked him.  I was foolish.  I was wrong. 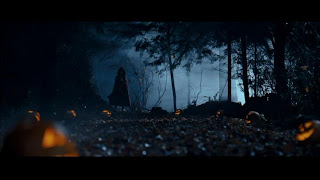 Trick 'r Treat is beautifully designed.  This movie feels like the greatest Halloween you've ever imagined in your dreams - too perfect to ever exist corporeally. 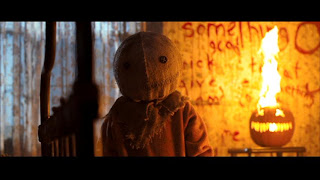 Why is Leslie Bibb in this movie? 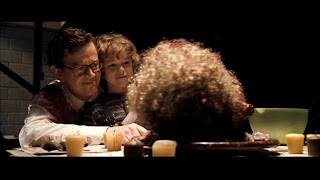 Mike Dougherty is a great artist, but with Trick 'r Treat, he proves to be a great director as well.  Lots of care and research went into presenting the mythology and atmosphere of Halloween.  In addition to creating one of the most adorable and malevolent serial-killing pumpkin-scarecrow toddlers ever captured on film, there are quiet moments of unexpected sympathy and pathos interlaced amid the mayhem and gore of Trick 'r Treat.  This movie feels personal, as if everyone involved genuinely cared about telling these stories and presenting this world to the best of their ability. Mission accomplished, gentlemen.  Time is serving this movie well, it holds up better than most horror anthologies. Ten years from now, it will be Trick 'r Treat, and not Charlie Brown that happy families will relish while carving their jack-o'-lanterns and gorging themselves on candy corn.
Posted by jeffreygmm at 1:59 PM