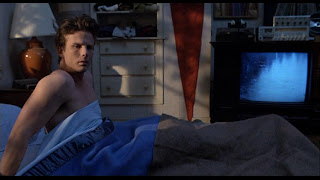 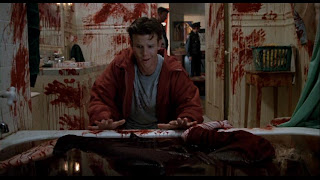 I’ve been working for a movie studio for a while now – the competitive benefits package has kept me here longer than I’d even care to admit. I’ve seen, firsthand, the cavalier regard that goes into the development process. I’ve seen money spent and cameras rolling without a script even written. I’ve fetched coffee for Joan Rivers. I’ve seen the unmitigated contempt that some filmmakers have their audience.  I've seen Ben Stiller furiously wipe the perspiration from his Diet Coke can on the shirt of an intern. Rest assured, though, for every trust-fund kid turned VP of development despite his having been fired as a production assistant on The Kingdom two weeks prior, there’s a Peter Berg. 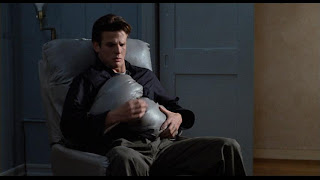 Yes, on paper Peter Berg was adorned with all the trappings of the khaki-wearing frat-monkeys shoving their way to the front of the bar in Father’s Office. But we must not make assumptions, it’s rude. His childhood is a real Shocker (1989) if you do the research. 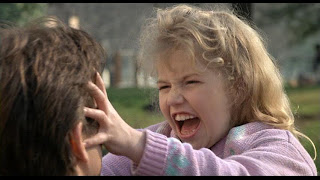 Berg grew up in sunny Southern California. He was besties with Ted Raimi (hotter younger brother to one Sam “Evil Dead” Raimi). However, if you can see past his prickish exterior and meth-faced swagger, Peter Berg has much more in common with Miss Jennifer Hudson than any Endeavor agent. Sure, he had money and a good physique, but Peter Burg’s adolescent years are an experiment in terror. 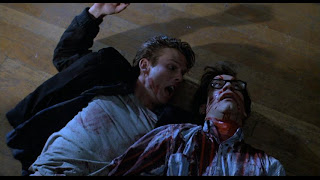 With affluence, invariably comes an alcoholic father and a distant mother. For every football hero, there is a dark secret life. In Peter's case, it turns out he was (hushed tones) adopted! His real father is a serial killing maniac named Horace who can teleport through electrical appliances. 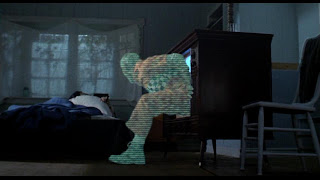 Before Peter could even learn how to secure points on the backend, Horace Pinker had slaughtered his mother, his sister, his brother, and his girlfriend.  He even chased Peter up an electrical tower like Annie Warbucks! How glamorous. What's a guy to do but parlay his pain and personal tragedy into a hit series based on third-tier football movie starring James Van Der Beek and then make a two hundred million dollar, 3D adaptation of a board game for Rihanna? 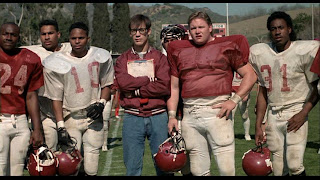 Posted by jeffreygmm at 3:31 PM