Knowing Me Knowing You

Today is election day here in California and I'm going to ask you to do your part in the betterment of America by going to see Splice. 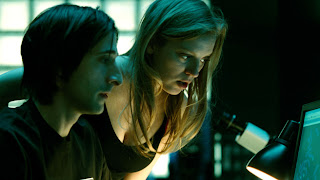 Splice is the greatest thing to come out of Canada since hockey and David Cronenberg. 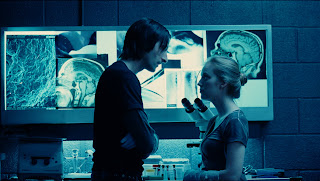 It's smart. It's scary. It has more ideas than it even knows how to wrap inside a three-act structure. Both science fiction and horror, Splice explores the terror inherently engendered in raising a child. A newborn can't communicate. It can't rationalize.  You don't know if it wants to eat or poop. You don't know if you can trust your baby around strangers. You may not even necessarily want to be left alone with it.  There's a responsibility in that. This is fascinating business for what's basically a three room chamber play. Sarah Polley is incapable of being inauthentic. She just doesn't care enough - she's like Cher that way. Her performance carries this film. Along for the ride, Adrien Brody is lovely as her long-suffering better half. I had nearly forgotten how I used to adore him back in the early-aughts.  Before he was obnoxious (post-Oscar), when he was only known for burying Maura Tierney alive and wearing vintage, I followed him for about five blocks home from the Angelika.  He's still got it. 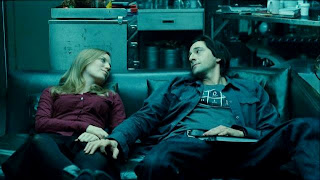 Go see Splice.  It's completely original and thoroughly entertaining.  If we don't go see these kinds of movies, they're not going to make them anymore!  Do your part, kids.  Make me proud!
Posted by jeffreygmm at 7:06 PM