Who's gonna drive you home tonight? 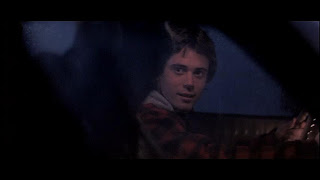 "My mother told me never to do this." 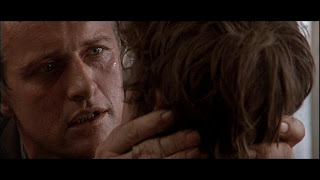 In high school, I read a lot of books about serial killers.  It was the era of Jeffrey Dahlmer and his penchant for oversized frames and fitted velour shirts worried me.  I knew that had I only been living in Wisconsin instead of Boston, I surely would have been stapled to some floor and left to rot in a vat of acid.  I can't resist a shaggy haircut and big glasses! 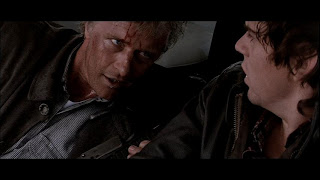 In my twenties, Six Feet Under had a story line that had its main gay, the perpetually-whiney David, picking up an almost-hot drifter-in-need while getting some gas.  The drifter somehow forces him to do meth at gunpoint and douses him in gasoline. I thusly retreated back to staring at the subway floor in crowds and leaving bars the moment that anyone expressed interest.


I just wasn't born under a good sign for casual encounters with the same sex.  But you don't have to take my word for it! Just ask C. Thomas Howell... 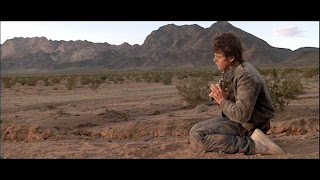 In 1984, C. Thomas Howell had it all.  He had been dressed to the nines in E.T.: the extra terrestrial.  He fought valiantly alongside Jennifer Grey against the evil Russians hell bent on invading his Colorado high school in Red Dawn.  Everything was coming up roses until he had to go and pick up The Hitcher (1984). 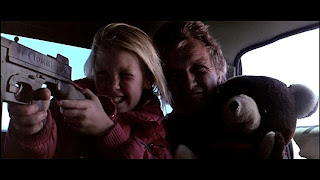 Like John Travolta after a Roland Emmerich summer pool party, C. Thomas just couldn't help himself from picking up a piece of rough trade along the interstate.  This was a weak moment that the young Mister Howell would live to regret.


It started out fine and well, it always does - lots of lingering eye contact, a stray hand on a protruding thigh...but C. Thomas soon had second thoughts when things started getting a little too kinky, so somewhere between the next exit and getting his crotch fondled at knifepoint, C Thomas shoved his hitchhiker out the passenger door!  Not cool, bro. 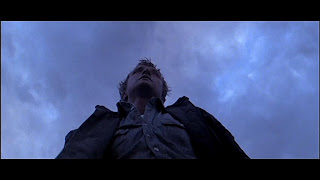 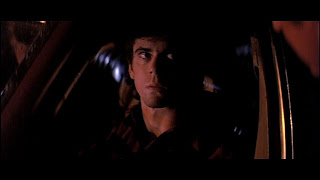 I feel for C. Thomas Howell. There have been plenty of almost-hookups that I had to put the kibosh on when proceedings started getting a little too intense.  Fortunately, I never came across Rutger Hauer. Rutger Hauer does not take rejection well - not one bit. One minute you’re driving up the coast thinking you may have a quick rest stop love affair, the next minute you’re being chased by a homosexual sociopath, covered in gasoline and rolling around on all fours in the sand, screaming for dear life! 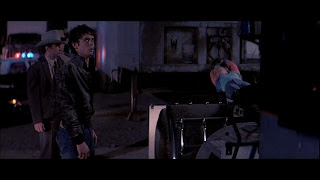 Don't even get me started on poor Jennifer Jason Leigh!  Confused after the runaway success of Fast Times at Ridgemont High, she fled the Hollywood scene.  Refusing to be just another in a litany of generic starlets, Jennifer moved far away from that boulevard of broken dreams.  She got a bad haircut and was perfectly content to waiting tables and eat french fries in the desert until she found herself stuck in the middle of C. Thomas Howell's kinky role playing with Rutger.  Let this be a lesson, girls! Add The Hitcher to the long list of films proving that it's never a good idea for a girl to get in the middle of a homosexual spat.  Not only will you wind up alone in a bar full of strangers, but you may well wind up tied between two 18-wheeler semi-trucks! They should teach this in schools. 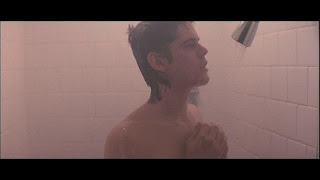 This isn't your usual slasher fare.  Exploding gas stations and helicopter crashes aside, it's an effective psychological exploration of a boy who is questioning his sexuality.  C. Thomas Howell is like Miss Janet Leigh in Psycho, driving all night on a mission.  He's leaving a life behind and heading for a fresh start in sunny California until a maniac takes him off course.  Without being overly esoteric, this entire film could very well just be a dream. Maybe he never picked up a John on the side of the road.  Maybe he's not really gay. Maybe it was all in his head, like Soul Man...either way, The Hitcher is definitely worth picking up.
Posted by jeffreygmm at 11:43 AM