"Again with the evil!" 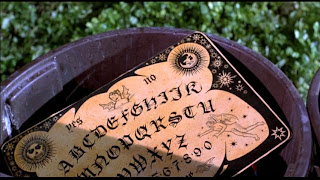 Ladies, have you ever suspected that your boyfriend may be the tiniest bit queer?
Well, next time you have the kids over for a fondue party, after you’ve washed your hair with your pantene pro-v shampoo/conditioner and lauded yourself for being beautiful, you may want to pull out a Ouija board – or a Witchboard (1985) as the children call them nowadays. 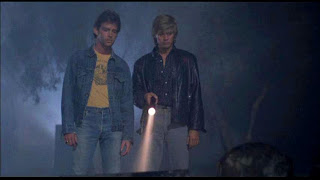 Tawny Kitaen is one of those girls who are crazy hot and seem to have it all until they speak and you realize that their permissive sexuality is just cover for deep depression, body issues, and never getting enough attention from her dad after the third grade talent show. That's why she voted republican.  Poor Tawny.  I’ll give her one thing: she can host a party. When not writhing on a car in a Whitesnake video or chatting up Dr. Drew, Tawny is always entertaining!  Her guests are at the height of fashion and they can pontificate on God in relation to art and the big bang theory for hours on end! She is the one who taught me that a party is only as good as your guest-list.

However, one night Tawny made the tragic mistake of inviting this queen named Brandon to her dinner party.  Brandon is that bitchy shrew who ruins the party in The Boys in the Band, complete with Egyptian rings and gold bracelets; only, instead of the telephone game, Brandon makes them all play with his Ouija board then chastises them for their pronunciation ("wee-jah" is correct, never "wee-gee").  Leave it to a gay!

Adding insult to injury, Tawny learns that the boy she had been courting for months, Jim, is not only a gay, but was once in a long term relationship with bitchy Brandon and her party was only a means of getting them back together. Not again! 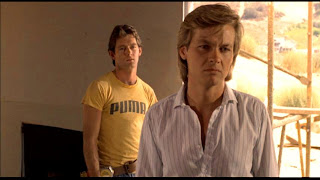 Tawny uses all her "love me" tactics - throwing herself into walls and pouring ketchup on her floor, but those boys are gay for each other and want nothing more to do with her.  You know how bitchy fags can be.  Left to her own devices, Tawny makes friends with a spirit through the Ouija board who helps her realize that she’s better than just being a pawn to gay men and drugged-out rockers. 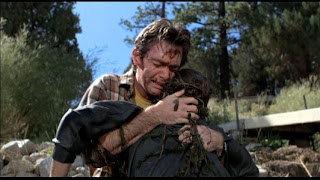 "You know what I'm afraid of more than anything else? That I'll never be able to love anyone and I'll spend the rest of my life alone." 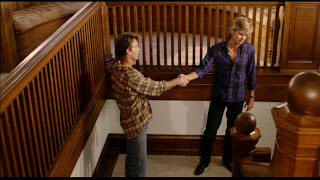 Witchboard's a riot.  As my friend John would say, it's like a bad Wednesday episode of General Hospital!  Regardless of it having been shot on a camcorder with bare-bulb utility lights, this movie is enjoyable and remarkably and unapologetically a gay love story.  Jim works at the gayest construction site you've ever seen where all the men wear high-waisted jeans and no shirts.  People die in this movie that are in no way related to the Ouija or our protagonists. Rose Marie plays a landlady named Mrs. Moses (because she's so old, GET IT?!).  Men weep openly.  Tawny Kitaen has a waterbed.  I'm getting myself all worked up just talking about it.  I better lie down. 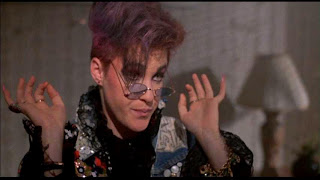 Labels: 1986, breaking up is hard to do, gay gay, witchboard