"You stole the secret of life and death, and here you are trysting with a bubble headed co-ed!" 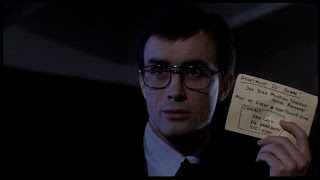 For every fabulous gay that can be found regaling his friends at dinner parties with stories of Sharon Stone and sample sales, there is a schlubby and socially awkward gay, holed up in his parent’s basement eating Doritos and looking at internet porn and writing misogynist rants in the comments section of youtube videos for hours at a time until he no longer feels anything. Whether by shame or lack of social skills, I find these gays are to be avoided at all costs! And that’s not coming from a place of elitism, it’s coming from experience.  Even though you saw it on an episode of Will & Grace, don’t think you can help them transform into a Pygmalion Adonis with just a little cetaphil and a gym membership – no, sir. This kind of basement gay is a succubus who won’t be stopped until everyone is as miserable as he.


This is the Evil Gay. 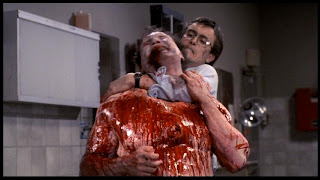 Take, for instance, the story of Herbert West in Re-Animator (1985).  Herbert is very smart, almost too smart. His intelligence makes him arrogant without merit. He is one of those guys who can only function inside the world of academia, someone who has never had to learn real life lessons or master the keys to social interaction. Herbert West is like those bad kids in middle school who’d light cats on fire and call it an experiment.  While I appreciate his fashion sense, Jeffrey Dahmer is not a role model, kids.


Sociopaths always have a hard time getting things that require social skills like apartments and grants; this conundrum is what led Herbert West to Dan Cain. Dan is a straight Hot in his third year residency and he is always shirtless.  Dan blows off steam built up from working twenty-hour days with cadavers by having lots of straight sex with his girlfriend, Meg. Meg happens to be the Dean of Student’s daughter. Dan knows what he’s doing. A different kind of sociopath.


Dan is pretty, he has a spare room in his apartment, and the staff of Misketonic Medical School universally adores him.  Herbert needs Dan. 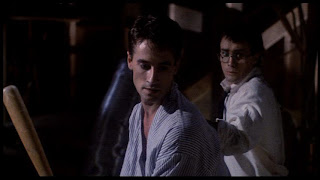 Is Herbert West a gay? Probably, yeah. But he's not fun about it. He hates women.  He doesn't have sex; he'd rather sublimate all physical needs into his all-consuming “work.”  He only tests his potions on well built men and he has a personal vendetta set against Dan’s girlfriend, killing her cat and making snide comments about her hair and the diameter of her hips.  He even goes so far as to have her father mutilated to drive his point home. You know how bitchy fags can be.


As Herbert West’s appetite for power and carnage grows, he becomes smug, almost hot (but that’s my issue with being attracted to emotionally unavailable narcissists).  Of course, arrogance and homosexuality natrually ends in being suffocated by another man's large intestine, but I digress. 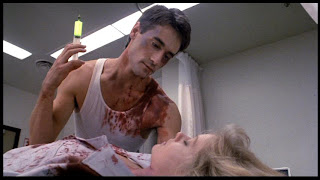 We over use the expression “iconic, but Re-Animator is iconic.  From its score to its poster design to it’s amazing use of physical space and day-glo green slime, It delivers on all counts (and it features gobs of male nudity).  This was one of the films that you’d talk about on the school yard as a test to how hardcore you were (aka: how permissive and absent your parents were). Re-Animator is a holy grail.  It’s got everything: hot boys, zombies, vengeful faggotry and gobs of gore.


Just when you think the queer subtext is imagined, Herbert West will breaks the fourth wall, as though the audience is part of his fevered psyche along for the ride.  When I was a little boy, I’ve longed for syringes full of glow-stick ooze. I still do. 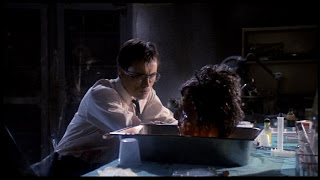