"Doesn't it bother you that he's a fag?" 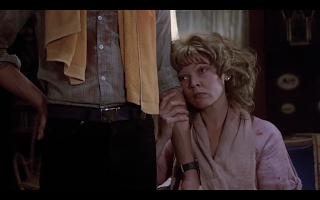 Queer Horror is a genre.  There are podcasts about it and books about it and Shudder has a curated queer section and Fangoria even did an ugly gay pride shirt this summer.  Eight-four years after Bride of Frankenstein, fags are having a moment in the mainstream of a subset. Good for us. This wasn't the case when I started this blog ten years ago, but I was hardly a pioneer. 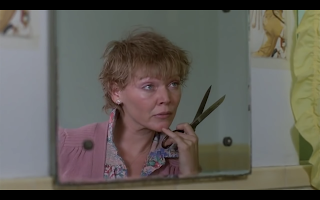 They say you always remember your first and for me, as a twenty-something struggling at a day job and desperate for community, my first exposure to the musty caverns of queer horror came from Campblood.org 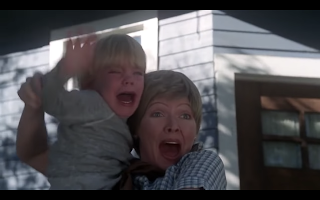 It's thanks to Brian Jeurgens at CampBlood that I learned about a lot of movies - foremost among them, Night Warning - aka: Butcher, Baker, Nightmare Maker - a movie so queer that it defies language.  This was a film so gay that I had to buy a VHS copy on ebay because it was otherwise out of print.


"Keep your queer hands off me!" 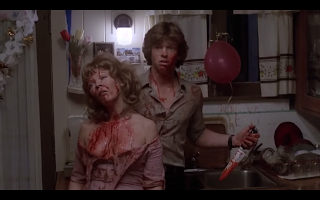 Night Warning is about a sad boy named Jimmy McNichol (brother to Kristy McNichol and best friend to Kim Richards who is the sister of Kyle Richards from Halloween and the “fuck all of you” gif I like).  As a toddler, Jimmy’s parents die in a horrific car crash and he’s left to be raised by character actress Susan Tyrell. 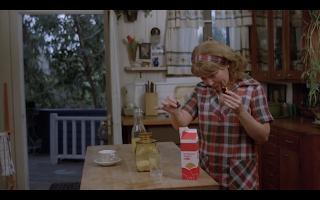 Actresses need a lot of attention, so it’s tough to be Jimmy McNichol.  At school, he's got Julia Duffy constantly trying to get in his pants.  Then he comes home and Susan is crawling into bed with him, licking milk off his chest and purring like a kitten in his ear every morning.  Their unhealthy co-dependent single-parent-only-child dynamic is only exacerbated by the fact that he’s on the precipice of going off to college.  Susan is getting more and more manic as the college offers start coming through.
"Do you know that homosexuals are very very sick?" 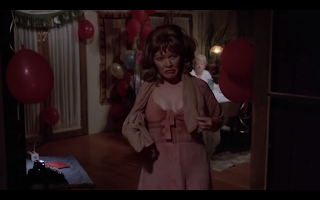 One night, with a few minutes to herself before Jimmy gets home from school, feeling stressed and lonely, Susan murders the TV repairman for refusing to have sex with her because he’s gay.
Normally, a middle-aged character actress continually trying to have sex with her nephew and murdering a gay repair man would be enough to classify a movie as “queer,” but there’s absolutely nothing normal about Night Warning. 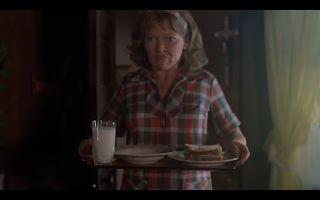 You see, there’s a police detective in town whose defining characteristic is his violent contempt for gay people and, it turns out the TV repairman refused Susan's advances because he was married to Jimmy's basketball coach.


The bigot detective is sure that Jimmy murdered the TV Repairman because he was having a secret affair with him behind his coach’s back and proceeds to call them both "faggot" all over town.  LOTS of homophobia ensues. 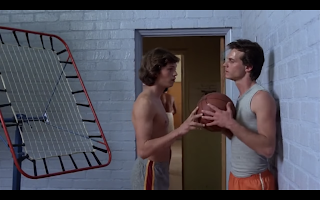 This sounds like an insane soap opera, but this stuff happens!  I had a good friend who was caught hooking up with a married guy in a public restroom when he was in high school and he got harassed by the police for weeks.  It was too horrible.  They'd call his parent’s house at all hours of the night.  Even twenty years later, he would start to shake at the thought.  That's pretty much what happens to poor sad Jimmy. 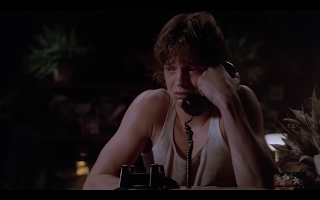 To get much deeper into the bonkers plot of Night Warning would spoil the surprises of truly deranged film but know that every twist and turn is secondary to the fact that Susan Tyrell gives THE camp performance of all time. 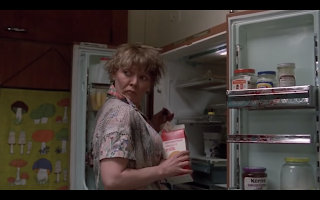 Susan woke up one day, saw Whatever Happened to Baby Jane and decided that Bette Davis played it way too naturalistically – she could do better.  And thank god she did!  Her character in Night Warning is scarier than Freddy - she's more horrific than Michael Myers – she's more manic than Leatherface. In John Water's new book, he says Susan Tyrell was the most difficult actress he ever worked with and, to me, that's weakness.  Because of her performance, this movie is gay horror gold.  So what if you have to have an EMT on set because she's always blackout drunk and keeps giving your leading man a black eye?  Film lasts forever!  She deserved an Oscar. I salute you, Brian.  Thank you for CampBlood.
It's not easy being a trail-blazer.  Just ask Susan Tyrell!
Posted by jeffreygmm at 8:50 AM