"Why don't you start cleaning upstairs and I'll work on the downstairs?" 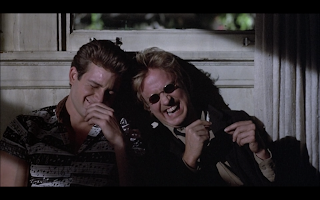 My biological family is dead and I didn't inherit a haunted mansion.  Not even a craftsman.
Some days that's harder to accept than others - especially with the median two-bedroom-tear-down in my neighborhood selling for over two-million dollars.  Who has two million dollars?  I don't.  I had to rifle around in my backseat for change to pay for my subway sandwich this morning. 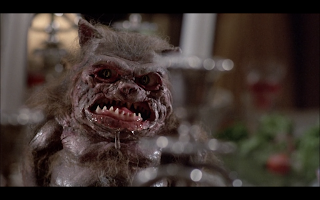 But I digress.  Things are just fine in my rent-controlled beach bungalow.
In anticipation of the holiday season, I'm finally replacing my wall-to-wall carpet with the original hardwood floors underneath.  I love a project.  So does Jonathan from Ghoulies (1985). 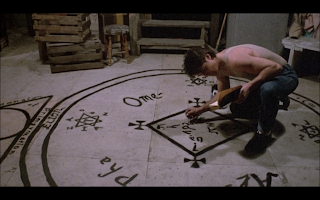 Like me, Jonathan is an orphan.  Accordingly, he puts a lot of emphasis on his friendships and relationships.  He loves hosting game nights with his besties and he never scrimps on serving the fancy apps from Whole Foods 365. 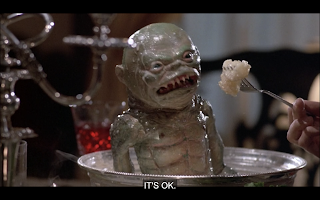 Jonathan understands that when you're an orphan and an only child, there's a lot of stake in making a home - even if his friends don't care as much. 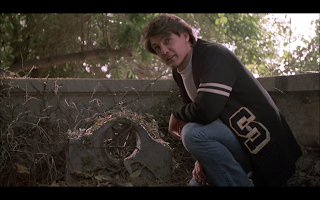 This may come as a shock to some of your kids, but gays can be flakes and, despite hours at the gym, they're totally averse to manual labor.  Take for example my floor project.  Suddenly everyone I know is unavailable - taking their sister to the airport or "working" or suggesting I just "hire someone."  Rude and nasty.  Nasty and rude. 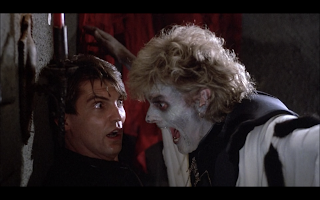 This is why I've been watching Ghoulies a lot lately. 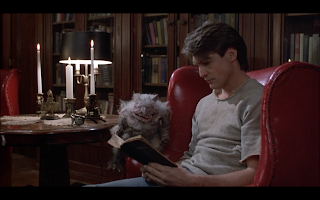 When he inherits a $7mm fixer-upper,  Jonathan becomes consumed by home renovations.  His friends are totally useless when it comes to knowing the difference between a drum sander and a buffer, so he goes down to the basement and conjures up some helpers with black magic.  That's when things start getting a little messy and, the next thing you know, he's out in the garden conjuring little ghoulies. 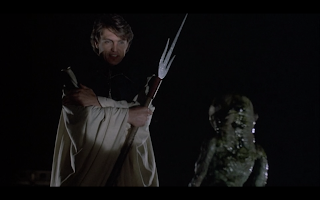 This is a similar thing to what happened when Streisand had those koi genetically modified to match the color scheme of her $100mm Malibu compound.  But it's a very short road from decorating your barn to creating a master-race of maltipoos.

First thing you're finding the perfect color to paint your barn, then you're wearing nothing but housecoats and summoning the dead and worshipping King Paimon.

It probably wasn't the best time for Jonathan to start intermittent fasting, but here we are. 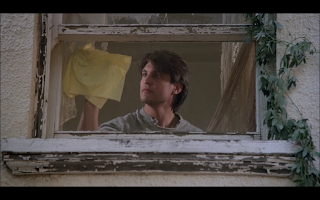 I like Jonathan.  I get being so fed up with your friends that you want to hypnotize them into helping with painting a ceiling or sanding a floor and then feed them to ghouls for not being more accommodating in the first place - but I also understand that home renovations are personal.  No one asked me to tear up my rotten carpet and rent three machines from a big box store with questionable politics.  That's on me and my blisters will heal.  No one had to die this time. 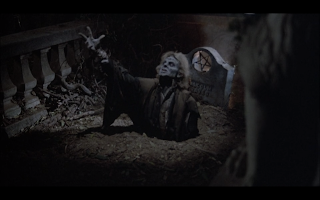 The best distinction between straight and gay lives is when it comes to "obligations."  Straight people exist solely for obligations.

"I decided to get married you have to come to my engagement party and my wedding and my baby shower and bring me presents and then you have to come to all my kid's birthday parties where you'll get some random flu from a five year old and get stuck talking to a borderline gun-nut who works for CAA and doesn't understand why you're there in the first place if you don't have kids and I'm so sorry I can't make it to your Monsterpalooza brunch and no, I won't be there to re-grout your bathroom even though that's more important than my massage appointment but I wasn't ever taught to prioritize people who make different life choices than I do because mine are somehow socially acceptable, not like sodomy." 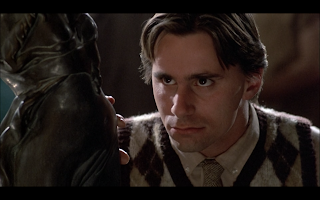 Point being: Ghoulies is great and the soundtrack slaps and my floors look amazing.
Posted by jeffreygmm at 1:58 PM