it's safe to judge a vhs by its cover

The death of the video store has been editorialized to death (quite eloquently by Kate Hagan at The Blacklist) and I'm not here to re-invent the literary wheel, but I will say this:   I love horror movies on VHS because that's what I grew up with. 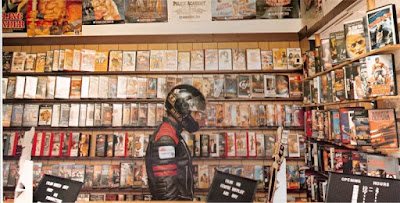 Nothing today can replicate the genuine thrill that came from trolling the aisles - that final frontier of discovering a movie free from preconceived internet opinions - judging it solely by its box cover.

I miss falling in love with lanky boys behind the counter.  I'd draw them on the bus ride home.  The closest I come now to replicating that unrequited love is my annual visit to Monsterpalooza where I coyfully approach the same vendor year after year and over-spend on vintage horror tapes to get him to talk to me.

I remember that they rented videos at the supermarket in Boston and that's where I learned about Carrie.  There was an genuine art to the packaging.  I remember the Frankenhooker VHS tape that asked "DO YOU WANNA DATE?!" Brilliant.  I remember the light up eyes on the Dead Pit VHS.  Iconic.  I remember the cover to The Mutilator... 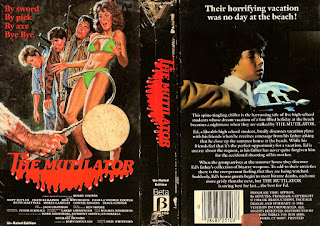 My eight year old brain was positive that this movie was related to The Brady Bunch because I saw that episode where they go to Hawaii and everything goes to shit and this seemed the logical progression of that narrative, but I never saw it.  That cover was way too hardcore for me.  I stole a Nightmare on Elm Street 3 VHS from my Auntie whose husband would collect things from swap meets and I had to hide it in the basement because it frightened me too much.  The Mutilator never would have made it into the house! 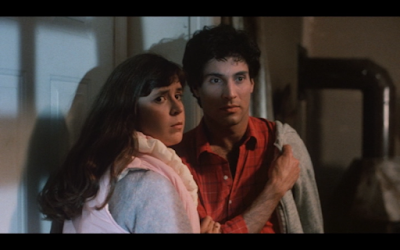 Oprah said things come into our lives when we are ready to receive them.  You can't force a friend to watch a series if they're not open to it.  Accordingly, after thirty years, I finally watched this movie and, boy, am I glad I did.


The Mutilator is about this time of year when you want to get away for the weekend with some besties because one of them has access to an abandoned off-season summer rental and no one can afford L'Horizon right now.  We can all relate. 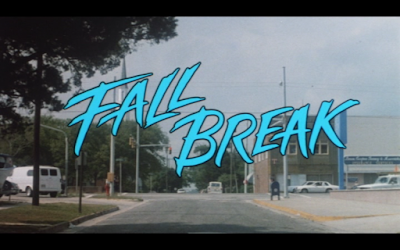 It's actually quite sad.  Not just being too poor to afford a mountain-view suite in a Palm Springs boutique hotel, but the movie.  This Mutilator (aka: Fall Break) is about thirty-somethings who are back at college because they never figured out what to do with themselves and they're justifiably depressed, so they go on a car ride to the shore.  After a spirited musical number through the countryside, Ed Jr. goes to find his father's beach house covered in empty booze bottles.  A familiar sight. 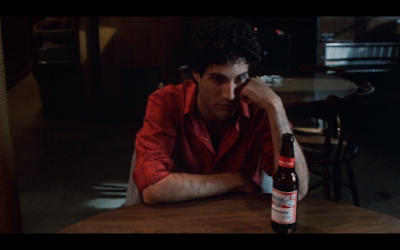 Ed Jr. had a super abusive childhood, but he's still a pal - regaling his besties in stories about all the times his dad tried to kill him over a beer (note, I didn't say "beers," because they apparently only buy enough beer for each person to have one beer a day during their supposed vacation weekend.)

Ed Jr's dad never got over how Ed Jr accidentally killed his mom while cleaning the family gun collection and so he proceeds to kill off Ed Jr.'s besties one by one.  Why people have guns in their homes, I'll never know.

Like Ed Jr's dad, The Mutilator has some pretty backwards views with regard to violence against women, so you don't need to finish this one once the hot gay dies.  Like all classics, there are lessons to be mined - this film taught me that, even though my parents are dead, I should always check the garage/boat house if I'm staying in an abandoned beach house because, like Elaine Stritch once said, you just never effing know!
Posted by jeffreygmm at 4:40 PM