on Hannibal (the series)

Hannibal is a television program made by Bryan "Pushing Daisies" Fuller.  I like Bryan Fuller.  He always seems sweet.  I like to imagine us as kindred spirits since we both wear big glasses and have trouble maintaining our figures.  He wrote for Star Trek - I was an dayplayer on Star Trek.  I once saw him at a Friday the 13th screening at the Vista and he was actually friends with Adrienne King.  They sat together and everything! Classy. 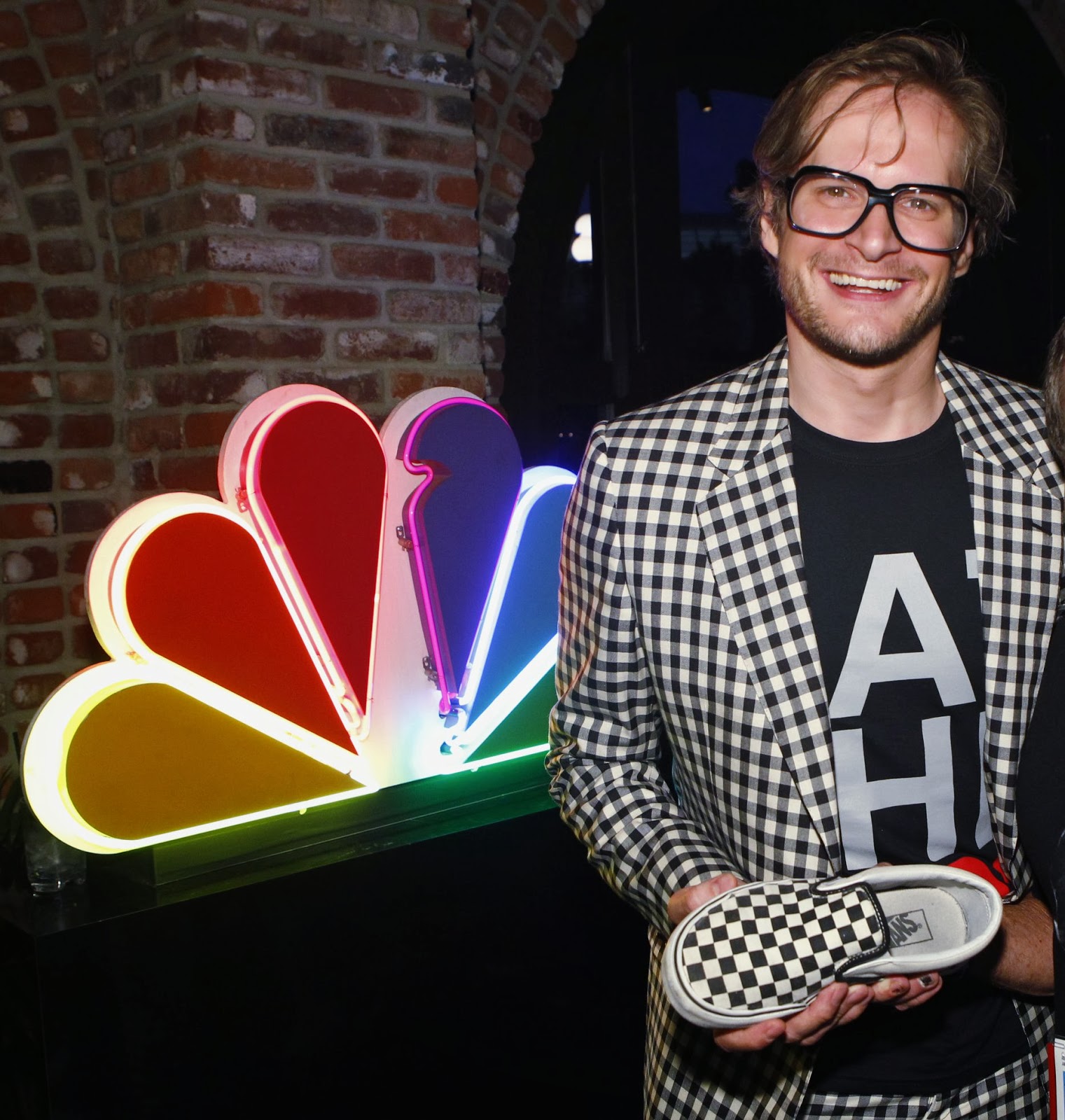 Bryan Fuller has a high-end antique/interiors shop here in Los Angeles.  Accordingly, even though I normally abhor procedural dramas, Hannibal (the series, not the 2001 film) is a sensory feast. The interiors are so lush and the camera work is so intricate I that I forget I'm watching a procedural.  I fall into a deep reverie every time Hannibal drinks from a perfectly lit and polished wine glass.  My mind wanders and I find myself wondering how I can retreat all the surfaces in my apartment in shades of matte grey and blood red.   That's really all I ask of any program.  Unlike the other noted homosexual show-runner, Ryan "friend of Julia Roberts" Murphy, Mr Fuller's programs are whimsical and consummately plotted.  Hannibal is no exception. 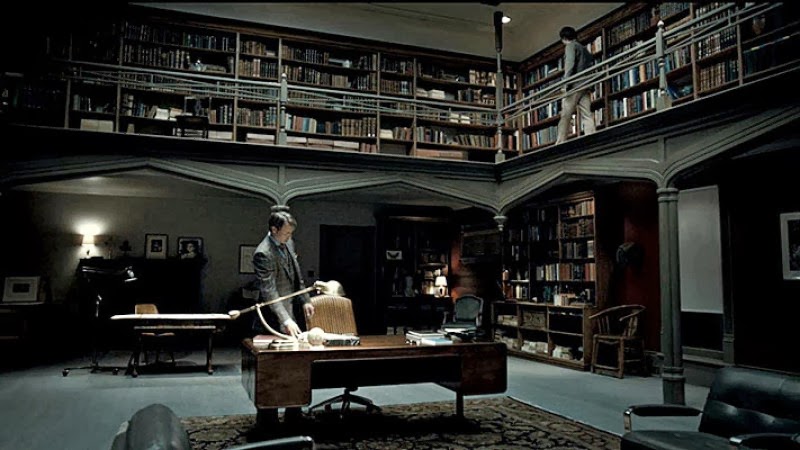 I had bronchitis last week so I watched the entire first series of Hannibal (British people call seasons "series").  I've never had more lucid fever dreams.  Maybe it was the codeine, maybe I'm just getting old, but I found this series genuinely frightening.  Exorcist 3 frightening. 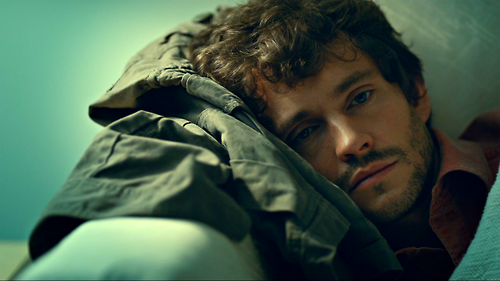 Mads Mikkelson plays Hannibal Lecter.  He has great hair and creates an imposing silhouette.  I can't understand a word he's saying most of the time.  This is not necessarily a criticism. 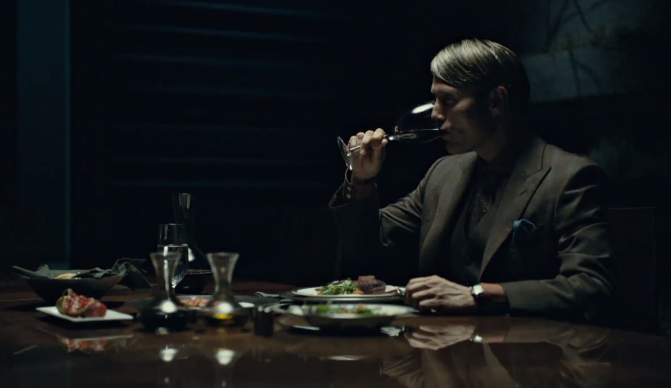 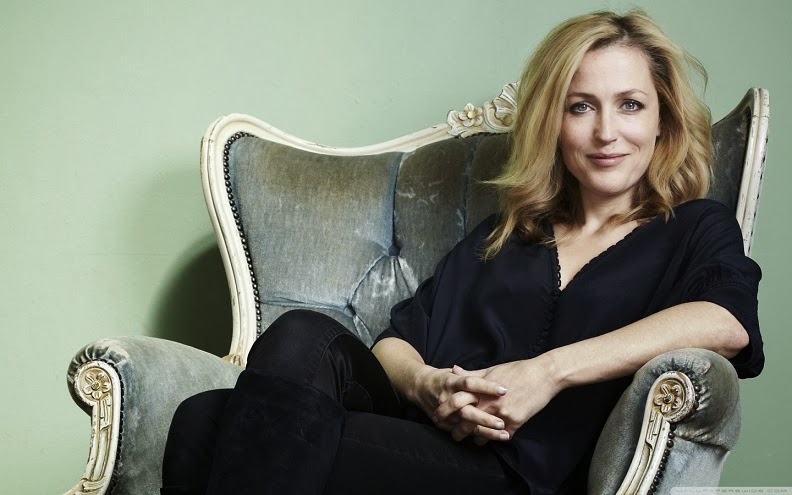 Hugh Dancy.  He left Claire Danes all alone with their baby to run around Canada filming this show that takes every opportunity to fetishize his flawless bone structure and perfect skin.  Thank God!  I wonder what he eats.  In every picture of Hugh and Claire, she's always clutching onto him and he's always looking off in the distance at something else.  I bet he's a good drunk. 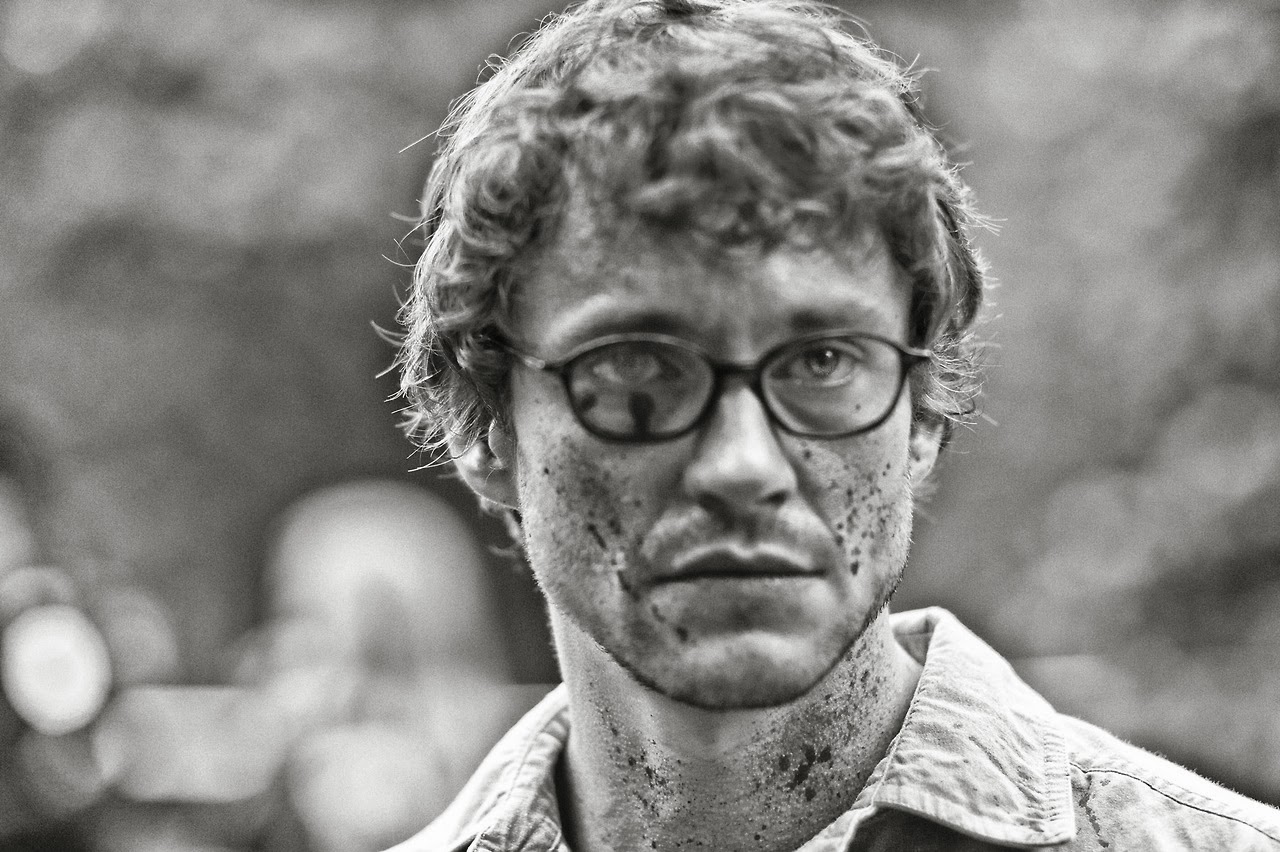 Watching Hannibal, reminded me just how "queer" the whole Thomas Harris franchise is.  It's like Anne Rice without the vampires.  Focusing Hannibal's mania on a pouty, delicate Brit only accentuates the homoeroticism.  Good job, NBC - you finally made a gay show. 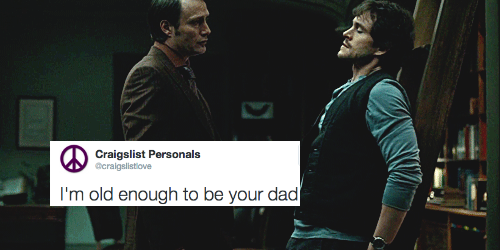 As this is a Bryan Fuller series, all our friends show up for cameos.  Ellen Greene.  Raul Esparaza.  Vada Sultenfuss.  I can't wait to see Kristin Chenoweth show up as Clarice Starling's concerned, musically inclined sister in season four!