Things to know before going to see Pacific Rim(job). 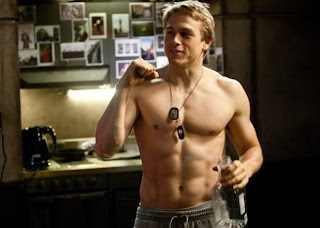 There are no gay people in this movie and all the boys look exactly the same.  Charlie Hunnam is only shirtless for about a minute but, when he is shirtless, it's pretty fantastic - you almost forget how awkward it is when he speaks. 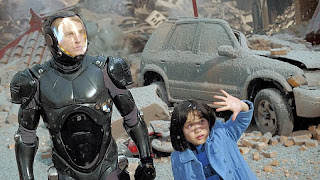 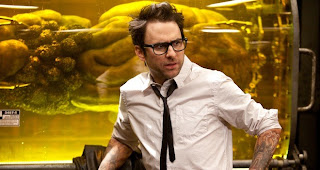 Spoiler alert: Robots (jaegers) fight monsters (kaiju).  That's all that happens. It's akin to watching kids play action figures...for two hours.   I loved the look of it - Lost in Space!  While the production design is absolutely gorgeous throughout, there's not a lot going on beyond robots fighting monsters and monsters fighting robots.  While it's very pretty, this movie suffers from the same trappings as Transformers - it's hard to be emotionally invested in giant robots.

Pacific Rim feels like the lackluster sequel to a much better Pacific Rim movie - the movie that's hinted at in its opening prologue.  I fell asleep three times.
Posted by jeffreygmm at 8:04 AM

Labels: charlie hunnam can get it, china, loud naps, shirtless brits pretending to be american