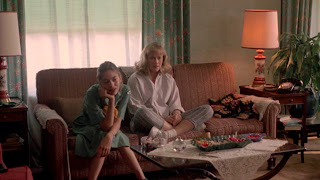 So I saw The Bling Ring this weekend and liked it - not because the movie was particularly great, but I like that it takes place five years ago and highlights the fact that we've come a long way since the vacuum days of Paris, The Hills and Orlando Bloom.

Don't get me wrong, millennials are a whole new kind of nightmare - just yesterday an intern told me she is really successful because Ryan Turek follows her on twitter. But now at least famous people are more or less famous for actually doing stuff (Chaning Tatum, Emma Stone, Adele).   Gays are getting married in States I don't even know about.  Cher is performing on TV tonight. Carole Radiziwill is a Real Housewife!  It's like the 80s!  I also believe we need to celebrate Sofia Coppola because she was so good in Peggy Sue Got Married that Frances Ford Coppola named those little cans of champagne after her. Attention must be paid.

This is all a rambling means to discuss the fact that I watched This is the End last night on my computer and I think I liked it.  After the great V/H/ASS debacle of 2013 and having wasted something like $50 for two tickets to see Zack Snyder's fake Superman movie (a movie so full of machismo that our beloved Jimmy Olsen was turned into a lady because, you know, Jimmy Olsen may be construed as GAY), it was good to laugh again. 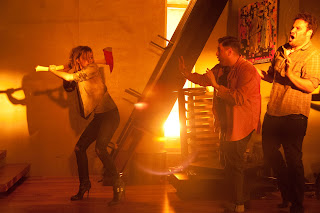 One might think the whole movie would just be one long in-joke, but it's actually quite well made and even manages to function as a sharp commentary of the state of celebrity - complete with hell-beasts, demonic possession, decapitations and monstrous sink holes.  This is the End plays like a feature length episode of South Park mashed up with the best bits from Night of the Comet.  I was so transported by its whimsy that I found myself liking Jonah Hill and the guy from that HBO show none of us watch.  Rihanna is in it and Emma Watson is allowed to speak in her natural dialect.  There are even songs and candy bars.  What fun!

Labels: cockiness, sofia coppola, this is the end