baby, it's cold outside

How on earth have we not discussed the fact that Melissa Leo is in a horror movie about an evangelical family that bears an uncanny resemblance to the funeral crashing, "Sodomites Burn in Hell" sign carrying Phelps clan?!?


Red State is directed by Kevin Smith who, upon producing the documentary Small Town Gay Bar, has proved an unlikely ally to the homosexual agenda.  I think we should get into it (but I do understand if you can't get into it because the two screenings at Sundance are totally sold out - so we're gonna have to wait until it gets released this spring). 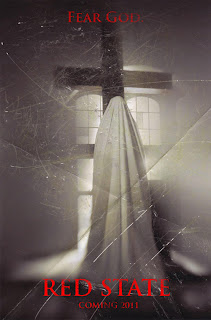 Posted by jeffreygmm at 2:35 PM