scary stories to tell in the dark...

Everyone get your permission slips out because we're going on a Faggotyass Field Trip! 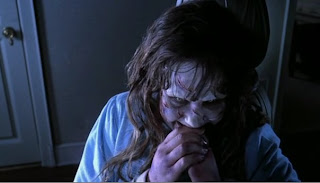 We're off to North Korea... no, just kidding (sort of), we're going to the Universal Citywalk!  It's that magical time of year when fat people and skinny people, gays and straights, Dominicans and Mexicans all come together to wait in line for hours to have non-union actors invade their personal space.  It's time for Universal's Halloween Horror Nights!!!

Make sure you bring a hooded sweatshirt.  One year I forgot my mine and some actor with zombie makeup and a chainsaw sensed the flash of confused terror in my eyes and proceeded to chase me into a gift shoppe while my boyfriend at the time just looked on, laughing (he's dead now).  Lesson learned. 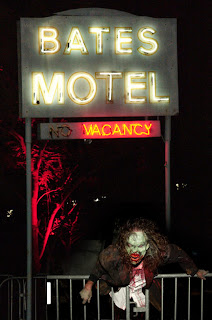 We never know what to expect at the Universal Horror Nights and that's why we must always pack a flask of Jack Daniels in our Nike Dunks (just put it under your sock so it clears the metal detectors).  Be particularly mindful of proximity... One year, bestie Sean accidentally nudged a local who was standing outside the men's room gnawing on a chicken leg.  This gentleman proceeded to scream something or other about "respect" until Sean and I had to be rescued by a kindly gay employee of Universal who took us on an unexpected VIP tour. 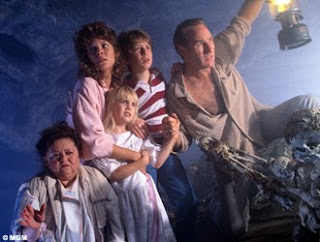 This year, however, it turned out that there would be no such reprieve.


The Good.
The Simpsons ride is joyful and the four tiers of stairwells down to the King Kong ride are a fantastic workout.   There was no line to the "Vampyre: Castle of the Undead" maze because it is not based on a movie so we got a private tour.  Housed in the year-round "House of Horrors" building, this was by far the best experience of the night.  Mirrors, smoke, sparsely populated and completely atmospheric, this maze was a winner.  We also got free parking by flashing Franklin's Universal employee badge from two years ago...that was nice. 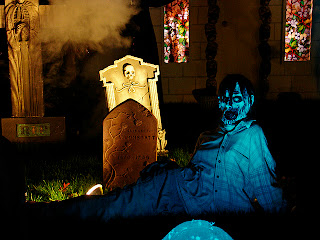 The Bad.
Halloween Horror Nights is not enjoyable anymore.  I love a spook house.  I love atmosphere; cobwebs and colored lights make me weak in the knees.  I love a narrative.  None of these things can be found at Universal Studios because their primary concern is throwing actors at you, literally.  Rather than a few well timed scares, the goal of the Horror Nights is to elicit a perpetual fight-or-flight response.  Rooms smell like poop, people throw axes and chain-saws in your face.  Like a jump scare in a movie, this only makes you anxious.

Universal Horror Nights has become indicative of today's horror movies - a lowest common denominator moment tailored for people too busy texting and feeding their kids to actually pay attention to a setup.  It's not fun.  It's over-crowded.  There wasn't one pumpkin. 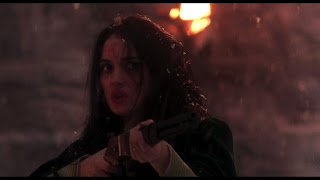 The Ugly.
Everyone was shoving and yelling unnecessarily.  A man on the terror tram threw up on my shoe.  I saw no Norman Bates.  There was only one short person dressed up as Chucky.  I can say for certain, after four years in a row, this was my last visit to Universal's Halloween Horror Nights. Adios!

This isn't over, dolls.  This isn't over by a long-shot.  Pack up your winter hat, because we're getting out of Los Angeles to prove that there is still joy to be found in Halloween!  Stay tuned...
Posted by jeffreygmm at 9:48 PM