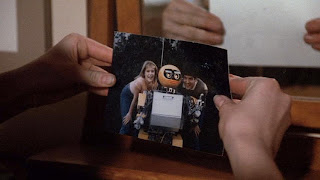 In case you haven't picked up on the common threads in our continuing exploration of the horror genre, let me spell one thing out for you in plain English: 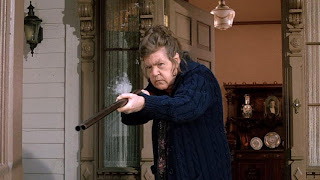 Being an only child with a single mom was the it-shit for gay kids growing up in the 1980s. 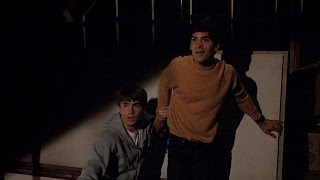 The hours spent home alone while mom was at work were perfect for letting our fancies run free.  For me, happiness could be found in my well worn copy of the Childcraft "Make and Do" Encyclopedia.  Who wouldn't want their own Friday the 13th finger puppet collection or an authentic replica of Patricia Arquette's popsicle stick house from 'The Dream Warriors?
But not all little boys were interested in the arts - some boys preferred the Childcraft "How Things Work" Encyclopedia.  Take, for instance, Paul and his Deadly Friend (1986). 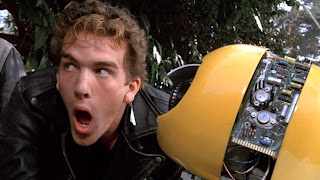 Paul was your average child prodigy - a heterosexual Doogie Howser.  While boys like me were off making decoupaged shrines to Corin Nemec, Paul was busying himself with creating artificial intelligence and teaching biology at the local poly-tech.
Paul must have been a Capricorn because he occupies every hour.  When not translating binary moisture evaporators or going down to the Tosche Station to pick up power-converters, his days were filled with the companionship of his robot, BB, and his gay best friend, Paperboy.  He even found time between dissertations to fall in love with the white-trash girl next door.
Things were just great for Paul until one terrible day when that crazy lady from Goonies shot his robot in the face and the girl next door got killed by her abusive, alcoholic father. 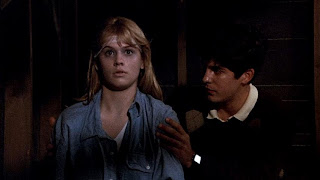 The trouble with book-smart kids is that they have absolutely no capacity to deal with an emotional crisis.   Teenagers who spend their days in labs can get dark-sided. These kids may get all the scholarships, but something vital is lost in a person who only deals in theories and never feelings - microprocessors in place of human interactions.  With intellect comes arrogance. Paul thinks he can outwit the grieving process. Instead of writing a sonnet or instigating a canned food drive to mourn the loss of robot and white-trash neighbor girl, Paul slips a roofie in his mom's decaf, shuts down the power at the local hospital, and steals her corpse! 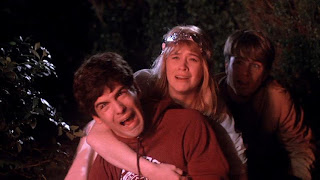 Paul thinks he can bring Kristy Swanson back from the dead using his understanding of brain chemistry and microchips.  What he brings back instead is a pudgy, mute girl with stringy hair and a penchant for smudged, blue eyeliner who can't seem to keep herself from killing off all the neighbors.  Losing his gay best friend and the trust of his mother in the process, Paul learns that girlfriends can't be remote-controlled. 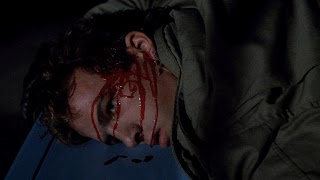 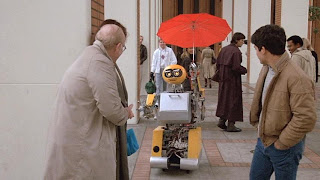