Portrait of a Lesbian

"There's a door down here and I'll bet there's something behind it." 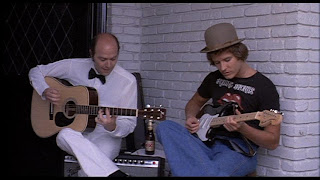 Yesterday was the longest day of the year.  How did you celebrate? I, for one, wore my best straw hat.  If you haven't already, I strongly advise you to take a day off.  Call in sick and go enjoy yourself. Life's too short for sitting at a computer! 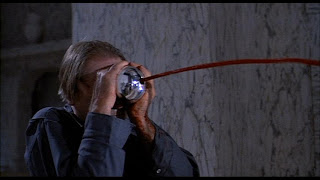 I remember those sultry days of youth like they were yesterday; sneaking off in my short shorts, (armed with processed cheese slices for sustenance) perching myself high atop an elm tree to catch a furtive glance at the boys next door slamming into each other on the slip'n'slide.  I didn't have any brothers or sisters so I had to make my own fun. 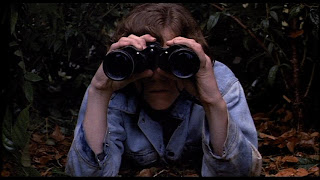 Summers were made for breaking into abandoned factories and for creating elaborate subplots involving my elderly neighbors.  This may be why I have always felt such a strong connection to Phantasm (1978). 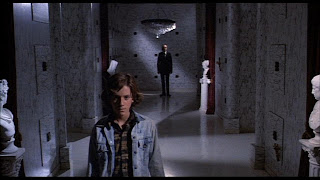 Phantasm is about a lesbian with too much time on her hands.  "But, Jeff, you've never related to lesbians before!" I know.  Prepare to be confused. 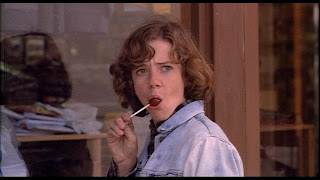 Jody (who is a boy) is having a tough time.  His parents are dead and he is left all alone to raise his sister (who insists on being called "Mike" - which has been traditionally considered boy's name).  Mike is terrified of losing her brother to other women - she has some real abandonment issues since the death of their parents. Jody's only happiness comes from hooking up with townie girls in the local cemetery and from the occasional jam session with his best friend, Reggie (a man who has his own ice cream truck and who happens to be 38).  Without any money for summer camp or Indigo Girls albums, Mike starts letting her imagination get the best of her. 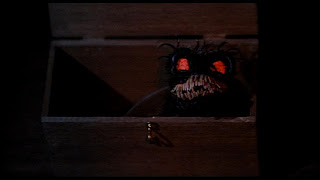 If life has taught me anything, it's that the fear of abandonment can lead to deviant behavior in lesbians.   The summer starts off innocuous enough, with Mike following her brother all over town. However, things soon take a turn for the worse when Mike starts imagining that every girl that Jody hooks up with is really a demonic Jawa in disguise.  Mike creates elaborate fantasies involving the creepy old man who runs the town mortuary chasing her all over town and steel balls flying at her face at every turn. She finally lets herself get close and relate to new people (Sally and Suzy, the kindly women who run the local antique shoppe) only to have them viciously slaughtered by Jawas.  Mike starts breaking into mortuaries and stealing body parts to cover with mustard and put in her treasure box...she's losing it! Is this really happening? Is this all in her fevered lesbian mind? From here on out, Phantasm feels like a hallucination induced from a few too many Dos Equis after a day in the sun. 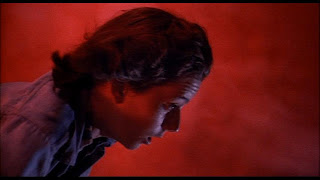 Gender identity and inter-dimensional travel aside, Phantasm is quite remarkable.  Years ahead of its time, this film influenced everything from The Evil Dead to Stephen King.  Phantasm also features one of the best domestic horror scores of all time.  Apply some SPF 15, grab yourself a six-pack and welcome in the summer the right way.  Do it for Mike. 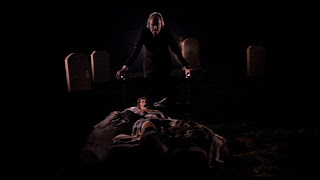 Posted by jeffreygmm at 4:23 PM